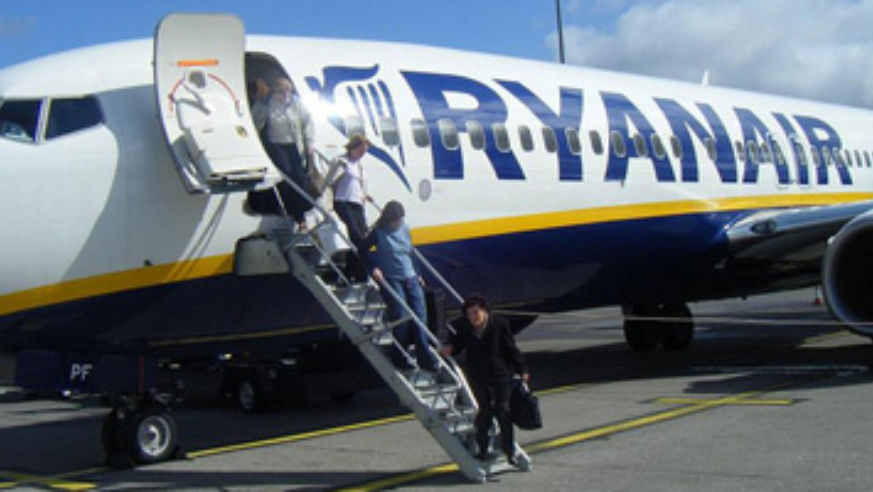 Just a week after releasing its fourth annual Cabin Crew Charity Calendar—featuring stewardesses posing in revealing lingerie and bathing suits—Ryanair is flirting with controversy yet again.

At a press conference last week, CEO Michael O'Leary announced plans for the Irish airline to offer a pay–per–view pornography service on flights.

"I'm not talking about having it on screens on the back of seats for everyone to see—it would be on handheld devices," O'Leary explained.

Specifically, the plan would allow passengers to log into a Ryanair app on their smartphones or iPads, which they could use to gamble, play games—or purchase a smutty movie. "Hotels around the world have it, so why shouldn't we?" O'Leary asked.

(The obvious answer to that question—because hotels have novel things called doors and privacy—was apparently not raised.)

O'Leary's recent eyebrow–raising announcement comes on the heels of several other headline–grabbing moves by Ryanair to lower costs.

In July, O'Leary outlined plans to start charging passengers £1 to use restroom facilities during flights.

He also said he's contacted Boeing to look into adding "vertical seats," which passengers would be strapped to while standing upright, to each of Ryanair's planes—not exactly comfortable, but a downright bargain, at a planned cost of £4 to £8 per flight.

That last point really gets to the heart of this story: How much are we willing to put up with for lower airfare? If standing up during an entire—possibly bouncy, turbulent—flight is worth the savings, does the same hold true for being surrounded by seatmates who are caught up in steamy movie scenes?

Sexy or Sexist? "The Girls of Ryanair" Calendar

Flight Network's Got You Covered When Your Airfare Drops