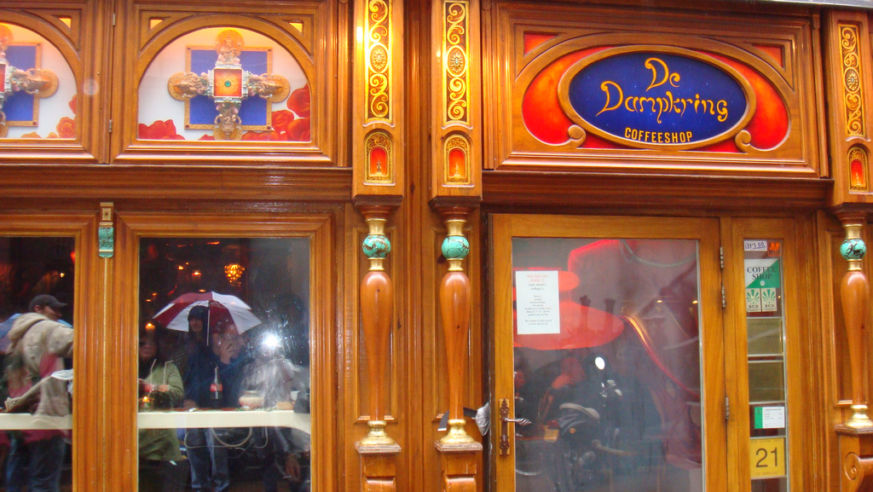 Will towns in Colorado and Washington start building their own Amsterdam–style cafés?

With new legislation effectively legalizing marijuana for recreational use in two U.S. states, Amsterdam-style entertainment could be right around the corner. Under the new state measures in Colorado and Washington, marijuana is legal to use if you are at least 21 years old and possess no more than one ounce (or 28.5 grams) for recreational use. Similar to alcohol, the recreational marijuana would be taxed and sold only at state-licensed specialty retail stores. Public use is still forbidden in both states, and residents would now be permitted to grow up to six plants at home in Colorado (though home growing is not allowed in Washington).

So what could this mean for tourism? According to an article by the Associated Press, tourism officials in Colorado are downplaying a pot-tourism spike while ski resort directors are "watching closely." The head of tourism for Denver, Richard Scharf, was quoted as being concerned that legalizing marijuana would actually lead to a decline in travel, since the state's "brand will be damaged." On the other hand, being able to tax marijuana use will bring in some much-needed money for each of the states. It should be noted that visitors to Colorado and Washington must purchase and use the substance while in the state—no pot-related souvenirs allowed. And keep in mind that marijuana is still technically illegal in the U.S. Colorado Governor John Hickenlooper, an opponent of the new measures, recently told the The Denver Post, "the voters have spoken and we have to respect their will. This will be a complicated process, but we intend to follow through. That said, federal law still says marijuana is an illegal drug, so don't break out the Cheetos or gold fish too quickly."

In other pot-related news, those of you still planning trips to Amsterdam for psychedelic purposes you will be happy to know that the Netherlands recently killed their plans for a national "weed pass" that would have only allowed access to marijuana cafés to Dutch residents, effectively blocking tourists from visiting them. According to an article by USA Today, a new provisional government pact does allow cities in the Netherlands to ban foreigners from their cannibis cafés, but the authority to enforce this is left up to the cities themselves, a move Amsterdam, which relies heavily on tourism, is not willing to make just yet.