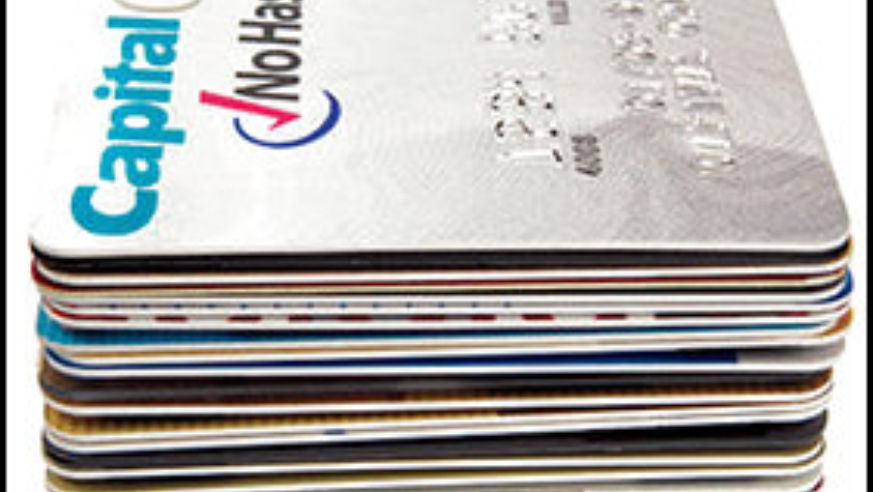 Many credit&nbsp;cards promise free flights and other great rewards, but some deliver better than others

Upward of 50 credit cards reward their customers with flights, upgrades, car rentals, hotel stays, and cruises. Each card differs in the kinds of prizes and the ways they're doled out, so what's the smartest approach for you? To figure that out, you need to do a bit of honest self-examination. For people who travel and spend a fair amount, one card's great rewards program may more than outweigh its annual fee. Others have no need to worry about a card's high annual percentage rate (APR) because they never leave a balance. People who don't charge all that much should realize that they'll probably never qualify for certain rewards. Which card is right for you depends on what kind of traveler--and spender--you are.

If you travel often, and mainly fly one airline and its partners, take a good look at a credit card affiliated with your carrier. Most of these cards, such as the United Airlines Mileage Plus Signature Visa and the Continental Airlines World MasterCard, both from Chase Bank, award customers one mile for every dollar charged. Sometimes you can pile up miles at an even faster pace: After your first purchase, the United Visa awards 17,500 bonus miles as well as a certificate for a one-way seat upgrade, and the Continental card always gives double miles when it's used at Macy's, Avis, Bed Bath & Beyond, and other partner establishments.

The downside of airline cards starts with high interest rates and annual fees. While many non-airline-affiliated credit cards have no annual fees and APRs lower than 10 percent, the US Airways Dividend Miles Visa Signature costs $90 a year, with a 17.24 APR. Most airline-affiliated cards charge $50-$80 per year, and because of their high APRs it's an especially bad idea to use them if you don't pay your monthly bill in full.

Rewards from airline cards can be fantastic--flights to Hawaii, upgrades to Europe--but come with relatively little flexibility. Loads of frequent-flier members complain of difficulties when the time comes to redeem their miles for flights; considering blackout dates and other restrictions, they often have little choice but to opt for an off-peak rewards flight or let the miles go to waste. (Your chances of booking a rewards flight, ironically, are often better with a card that's not affiliated with an airline--see below.) Sometimes you can trade miles for magazine subscriptions, electronics, and other goods, but if those are the kinds of perks you really want, you're probably better off with a different card.

At first glance, bank-issued cards that earn miles with every purchase seem superior to cards that come with an airline emblem on them. The Capital One No Hassle Miles card from Visa gives customers up to two miles for every dollar spent, there's no annual fee, and miles can be redeemed on any airline--even foreign airlines and carriers such as JetBlue and Southwest. The MBNA WorldPoints Platinum Plus MasterCard and Discover's Miles Card likewise allow you to build up points--one per dollar charged--with every purchase, and the rewards include flights as well as cruises, cash, and gift certificates from the likes of The Home Depot and Toys "R" Us. And when it comes to reward flights for all of these cards, there are never any blackout dates.

Unfortunately, points earned on these cards can't be combined with miles accrued from flights. To spell it out: If you've compiled 20,000 miles through credit card purchases and a separate 5,000 miles by flying one airline, that doesn't add up to the 25,000 miles most carriers require for a typical domestic rewards flight. So much for "no hassles."

Also, while there are no blackout dates for flights, there are restrictions on what flights qualify. For Discover and MBNA, flights are capped at values ranging from $350 to $500, and if the going rate is higher when you want to trade in your miles, you have to pay the difference. There's no price cap at Capital One; instead customers trade 15,000 miles for flights worth up to $150, 35,000 miles for $151-$350 flights, or 60,000 miles for $351-$600 airfares, and it's a miles-only transaction--no paying the difference in cash. For flights with a market value of more than $600, Capital One clients must fork over points equal to 100 times the flight price (75,000 points for a $750 flight, for example). Be particularly wary of the fine print for these cards: Capital One is a stickler with its $29 late fees, and customers who are past due twice in a 12-month period can see their APR jump to nearly 30 percent.

No reward is more flexible than cash. The Citi Dividend Platinum Select MasterCard pays you back 5¢ for every dollar charged at pharmacies, gas stations, and grocery stores, and a penny for every buck spent otherwise. American Express's Blue Cash Card begins by paying you 1 percent on many purchases, and after you've spent $6,500 that year on the card, the rebate bumps up to 5 percent.

The cash usually doesn't keep rolling your way indefinitely. Citi Dividend, for instance, has a $300-per-year cutoff. But if you're a good shopper and find a deal, that $300 might pay for a flight as well as a car rental or a couple of nights at a hotel. Or birthday presents. Or the electricity bill. Or dog food . . . .

Most people think of free flights as the best travel reward, but lodging is often a bigger vacation expense. By using a hotel-branded credit card, you'll concentrate your efforts on scoring free places to stay. Many of these cards, including the Hilton HHonors Platinum Card by American Express and the Priority Club Rewards Platinum Visa (for Holiday Inn and other InterContinental hotels), don't charge an annual fee. Cardholders build up points to be exchanged for rooms, meals, parking, and spa treatments at hotels, as well as rewards that range from golf clubs to iPods through partner companies. A recent offer for the Hilton HHonors card gave new members 10,000 bonus points after the first use--already enough for one free night at many Hilton properties--followed by the usual five points per dollar charged at their hotels and three points per dollar elsewhere. With such a card in hand, you're also more likely to score room upgrades and other perks.

Before signing up for a hotel's credit card, you should obviously be sure that you're a fan of its hotels. Find out ahead of time whether it has properties in locations you want, and realize that you're going to forfeit many more points to stay at high-end properties. Converting hotel points into airline miles is possible, but it'll come at a very unfavorable exchange rate. With InterContinental's program, for example, you'd need 125,000 points for a domestic flight; you'd get far more value by redeeming those points for five nights at a top-notch InterContinental hotel or as many as 12 nights at a Holiday Inn Express.

Questions to ask yourself before applying

Using cards outside the U.S.

It's one of the most common questions we receive: Which credit card has the best rates for charges overseas? Every card incurs an automatic 1 percent fee during a currency conversion, which goes to the credit card company. Most banks pass on an additional 1-3 percent to credit card holders for purchases outside the U.S. But Capital One doesn't add any extra charges and even absorbs the 1 percent fee from Visa or MasterCard.