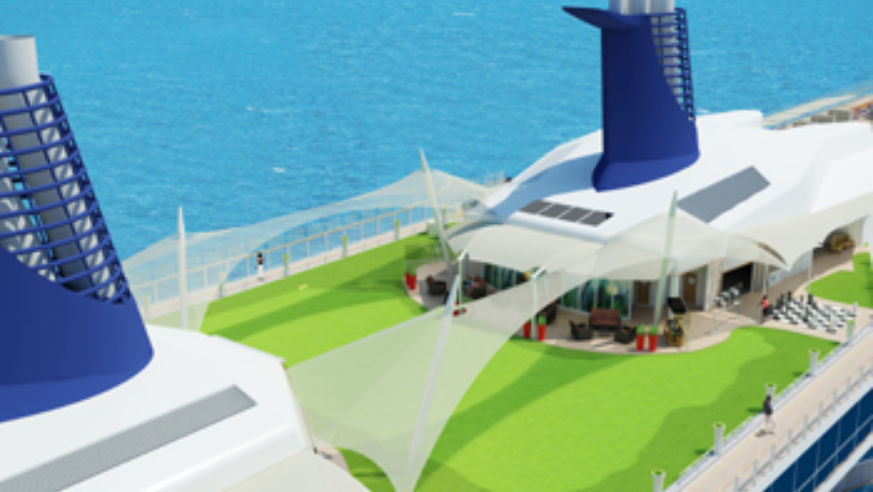 In December, Celebrity Cruises launches the 2,850-passenger Celebrity Solstice. In what is being called an industry first, the top deck of the Solstice will be covered in real grass. The half-acre Lawn Club will include places for playing golf, bocce ball, and croquet. It will also have picnic spots.

Here's an artistic rendering of what the Lawn Club will probably look like:

The Solstice sets sail December 14 from Fort Lauderdale on a seven-night cruise to Puerto Rico, St. Kitts, and St. Maarten. An interior cabin room starts at about $800 per person, based on double occupancy (celebritycruises.com).

If you’re looking to cruise, there are two other major ships to keep an eye out for this year: Royal Caribbean’s 3,600-passenger Independence of the Seas (set to debut in May) and Princess Cruises’ 3,100-passenger Ruby Princess (slated to launch in November).

CRUISE ADVICE Virgin cruiser Josh Dean took readers' tips on a trip to Alaska, to see just how helpful they were—and came back with some advice of his own. Read his story here.

MORE BY AMY CHENReport from the Balloon Festival.