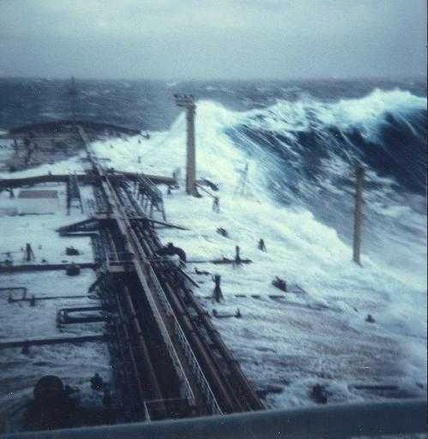 Back in 2005, the Norwegian Dawn was cruising off the coast of Georgia when it was hit with a shock. A 70-foot wave crashed into the bow of the ship, flooding about 60 cabins and injuring about four passengers. The damage "was not extensive and the ship was quickly repaired," according to Wikipedia.

Dangerous waves like those aren't common, thankfully. A study of radar data from oil platforms estimated that merely 10 waves more than 75-feet-high appeared around the globe during one recent three-week period.

The bad news is that there's almost nothing that a cruise ship captain can do to either predict or avoid these waves, which rise up to five times as high as the waves around them. These rogue, or freak, waves appear to come from an angle that's out of sync with the wind and other sea waves. You'll occasionally find these waves out in the sea but also in near-beach areas, both in sandy and rocky shores. Lots of tragedies occur yearly all around the world.

To learn more about these waves, I did an e-mail interview with Paul C. Liu, who retired last year from his post as research physical oceanographer for NOAA and who blogs at Freaque Waves.

What should cruise passengers know about the frequency of dangerous waves, and exactly what type of waves are likely on the open seas?

I guess all kinds of waves are likely on the open seas, including freaque waves. They are not always happening. Most of the time they are not! But we just cannot rule out the fact that freaque waves can happen at any time and at any place. Cruise passengers should just be mindful that the possibility is there and continue to enjoy the cruise. Even if an encounter does happen, the damage will likely to be not extensive. The kind of fiction as shown in the movie Poseidon will not ever happen in real life!

What is a "freaque wave", what is its most typical origin or cause, and why do you use that nomenclature of "freaque" instead of using the term "rogue" or something more scientific sounding?

Freaque is a portmanteau word formed by the two frequently and synonymously used words of rogue and freak in describing the kind of unexpected and unpredictable waves. Many people in the scientific literature are fond of using the expression "freak or rogue waves." I choose to use "freaque waves" instead.

Are there any particular waters in particular regions that are known to be prone to freaque waves?

The short answer is no. Because of the conjecture that when ocean waves propagating into oncoming strong ocean current field might lead to the forming of large waves, regions along the Gulf stream in the North Atlantic, along the Agulhas currents in South Indian Ocean, and along the Kuroshio in Northwest Pacific, are thought to be prone of freaque waves. But areas that don't have strong ocean currents, such as the North Sea, can also have frequent freaque waves. So the talk of regional proneness is at most covering a part of the story.

What's the essential dispute about freaque waves in the scientific community? And is there something that makes scientists groan when they read accounts of waves striking cruise ships because the statements are misleading or hyperbolic or inaccurate?

What's the most typical misunderstanding of the freaque wave issue, as you've encountered it when reading media reports or talking with others?

Oh yes, the media! I don't have much respect for the present day, so called, "main-stream" media. Here's an example—a paragraph from a New York Times article about freaque waves a couple of years ago:

Enormous waves that sweep the ocean are traditionally called rogue waves, implying that they have a kind of freakish rarity. Over the decades, skeptical oceanographers have doubted their existence and tended to lump them together with sightings of mermaids and sea monsters.

Rogue waves are known to happen momentarily. They appear out of nowhere. A wave takes place, and then disappears like nothing has happened. Waves like that never, yes, never, "sweep" the ocean. There is no such thing as "traditionally called rogue waves." Rogue wave is a fairly recent term. The use of the term "freak wave" was started by U.K. scientist Laurence Draper in 1964. There was no firmly established term before 1964. The existence of unusually large, great waves was nevertheless very much on the minds of every seagoing oceanographer. I don't think anyone in their right mind would "lump them together with sightings of mermaids and sea monsters." I just hope your readers beware of this kind of irresponsibility! 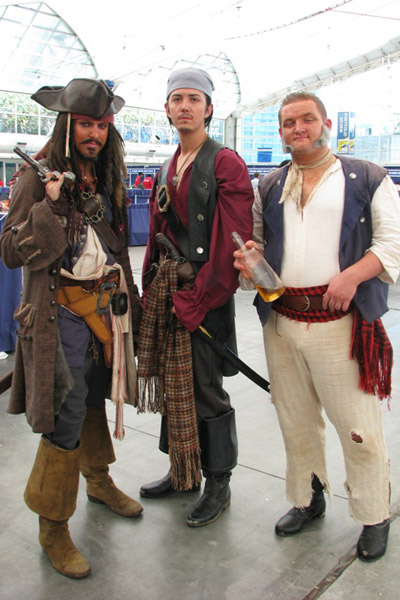 Cruise ships under threat by pirates

Pirates are threatening cruise ships in a waterway that connects the Red Sea with the Indian Ocean. The German cruise line Hapag-Lloyd is evacuating 246 passengers and crew from its ship the Columbus because authorities have warned that pirates may attack as the ship travels from Genoa to Dubai on a round-the-world cruise. The German navy denied the luxury cruise line its request for an armed escort. Pirates have attempted to board two cruise ships in the Gulf of Aden in the past couple of weeks. But no cruise ship has been successfully hijacked. The pirates have attacked dozens of merchant vessels in the past year, seizing ships and crew. They usually demand large cash ransoms, which are paid in bags of cash. "Some of the pirates have counting machines and also machines to detect fake notes," reports the BBC. Longtime cruise writer Anne Campbell says she isn't worried about the safety of cruise ships because the ones passing through dangerous straits have privately trained security staffs. She argues that it would be difficult for small bands of pirates to take over a cruise ship with hundreds of people on board. Plus, cruise ships can speed up and escape pirate attacks, as other cruise ships have done in recent days.

Finally some good news for travelers with regard to fuel surcharges. Or is it? Carnival and Royal Caribbean announced recently that they are rolling back fuel surcharges in response to falling oil prices. Starting this fall, both cruise lines said they would eliminate the surcharge for all new bookings for 2010. The companies also said they would refund guests the fee for sailings in 2009 if the price of oil remained under a certain amount. For Carnival, that price is $70 per barrel; for Royal Caribbean, it's $65. On Monday, the price of oil fell to a 17-month low of $62 per barrel. This is good news, right? It depends how you look at it. Carnival said on the same day it made the fuel surcharge announcement that it would also be increasing overall cruising prices in 2010, which means guests may end up paying more in the end. Both Carnival and Royal Caribbean also said the rollbacks are not permanent&mdash;they said they could reinstate the fuel surcharges at any time if oil prices go back up. Cruise lines began adding fuel surcharges last November as oil prices starting approaching $100 per barrel. Five of the six Carnival-owned brands (such as Princess and Holland America) currently charge $9 per person per day for the fuel surcharge. Seabourn, also owned by Carnival, has a higher $15 fee. Royal Caribbean's three brands each charge $10 per person per day. EARLIER Disney Cruise Lines adds a fuel surcharge

Cruises: Getting to the meat of the matter

Sneaky add-ons aren't just an airplane phenomenon anymore. The word on the high seas is that Royal Caribbean is floating (excuse the pun) the concept of charging more for items like premium steaks in its main dining rooms, where passengers have had the luxury of ordering anything they want for no extra charge. The line has started to sell 10-ounce Black Angus steaks for $15 in the main dining rooms on two of its ships, Freedom of the Seas and Majesty of the Seas. What do you think? Has the line, well, crossed the line? Or is this a positive new perk? 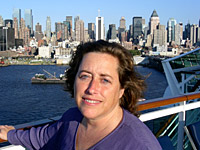 Answers from a cruise critic