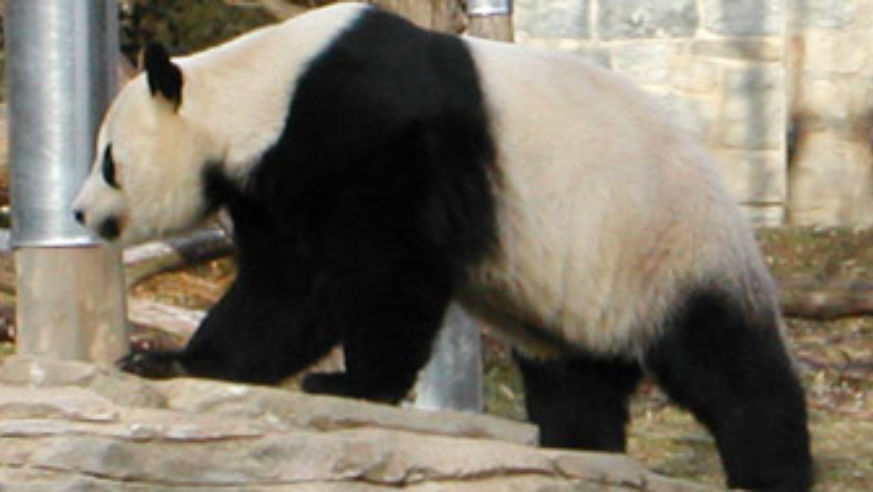 Since his birth on July 9, 2005, panda bear Tai Shan has become the tourism symbol of Washington, D.C. He appears on the city's subway fare cards and tourism posters. He's boosted attendance at the National Zoo, and drawn tens of millions of fans to the "panda cams" on the zoo's website.

But officials announced today that the four year old bear is heading to back to China.

I'll be wearing black and white in mourning.

The exact date of Tai Shan's departure has not been set yet. He needs to get his visas approved, I guess.

Panda details and photos at DCist.