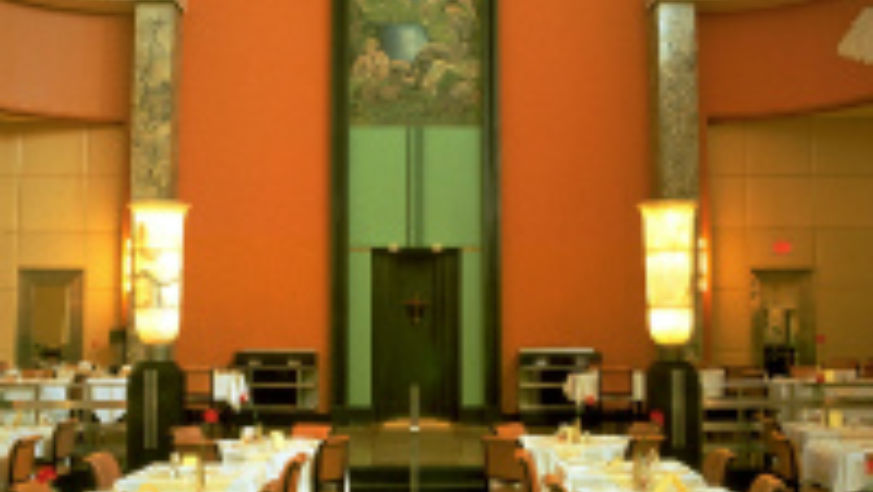 Rogue24 restaurant of Washington, D.C., has had it with cell phones. Guests face a no-tolerance ban on both cell phones and photography of any kind.

There are a few reasons for the ban: Cell phone ringer volume isn't controlled and many, many times, they have disturbed other customers, says the owner RJ Cooper. Plus, smart phones often have cameras, and the act of taking photos in the dining room is disturbing to other customers. See the document patrons have to sign here.

So watch what you tweet. Here's Rogue24's chef's explanation of the policy, courtesy of the blog Eater D.C.

Do you think it's unfair to ask guests to not do that at your restaurant when it's so prevalent at other restaurants?

Let's say you're out on a date, but you sit there Tweeting. What are you doing to your companion? You're alienating them. You're in an environment that's trying to create an ambience that you can't get anywhere else. If you go to the theater, they ask you to not use flash photography, because it distracts. It's the same thing here. We're in the middle of the dining room, so the flashing distracts us as well.

Why no phones or photos?

It's really about being polite to your fellow guests and your dining companions. If everyone brings out their phones, it detracts from the experience. We're not telling you not to tweet; we have areas to do that. You can do it in the salon or the bathroom. We just don't want cell phones in the dining room.

You wouldn't ask a guest to leave if you saw them taking a picture?

No, because it's not about being a cop or a Nazi.

So, enough about this chef. What do you think? Do you think more restaurants should put a ban on cell phones and photography into place at high-end restaurants?

I know I do. I was at a restaurant the other day, when somebody's cell phone rang. It wasn't the ring-a-ling, ding-a-ling type of ring. It was one of those song rings; you know the ones. It was distracting. So was listening to the conversation that happened.

I've also been blinded by photography. During one dinner, I was distracted by more than a half-dozen camera flashes in the middle of my meal. I was having a dinner at a restaurant in the D.C. area called L'Auberge Chez François. (I know, I know. It's not very "budget travel." It was a splash-out dinner before I got the Budget Travel gig. Cut me some slack.)

I realize that it was a splash-out dinner for other patrons, too, and they wanted to cherish the occasion with a photographic memorie and perhaps share images of the great meal with friends. But, please. It's dinner at a fancy restaurant. Let's have some manners. Do you really need to document your entire lives? Can't you just remember a meal as being good? Or describe it to your friends?

Okay, okay. I know I'm being cranky. Sorry. Chime in with your own opinions by posting a comment below. Or vote in our handy-dandy poll!

Thanks for your time, as always.

Use BiteHunter to save money on eating out