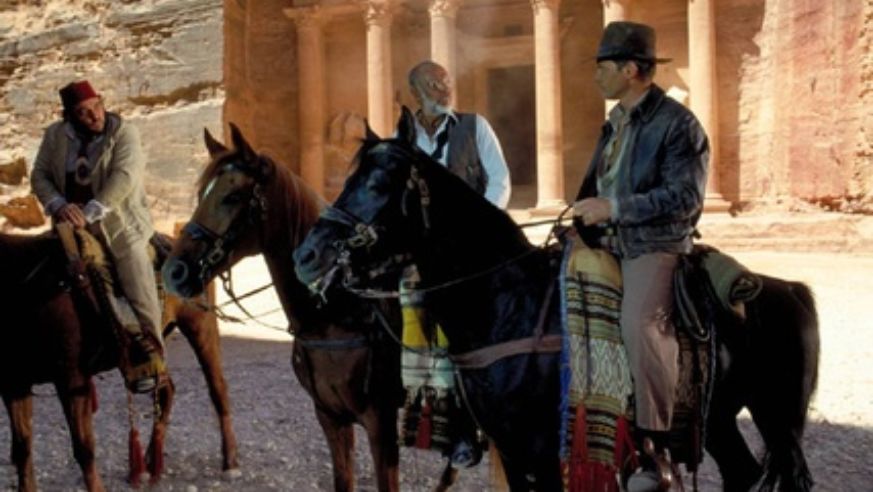 In honor of the new movieIndiana Jones and the Kingdom of the Crystal Skull, Expedia has created travel deals either based on or inspired by Indy's escapades. Trips go to locales such as India, Nepal, Jordan, and Egypt, and include thrills such as an elephant safari and a night tour of the Amazon (without snakes, hopefully).

The full list of deals is available at www.expedia.com/indianajones.

Watch BudgetTravel.com's narrated video of the ancient desert city of Petra, where Indy is pictured above. [CORRECTION: This blog post originally said that the picture above was a still from Raiders. In fact, it's a still from The Last Crusade. We regret the error.]