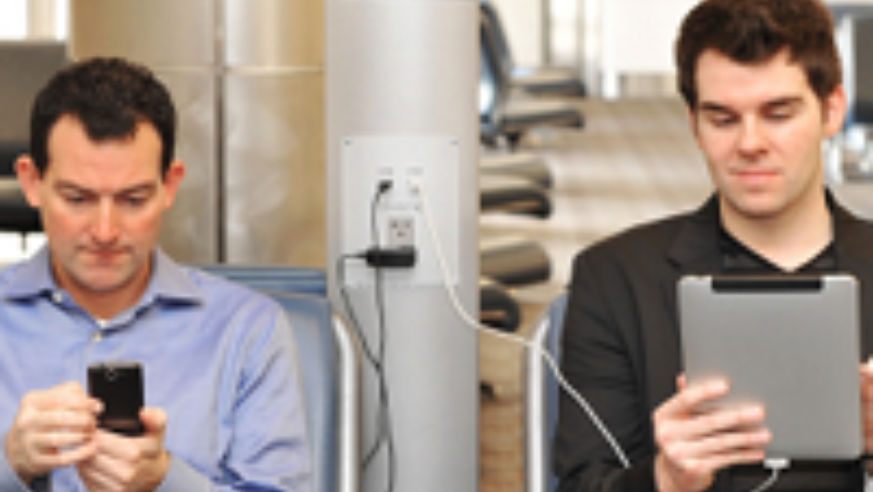 As more and more carryon space it taken up by tablets, laptops, and smartphones, finding an available outlet at the gate before your flight can be a challenge. After adding extensive power stations at 20 of its busiest hubs in the U.S., Delta is adding now adding new recharging areas in 13 airports.

A dozen of the new stations will be in American airports including Austin, Dallas/Ft. Worth, and Houston in Texas plus Denver; Philadelphia; Anchorage; Phoenix; Milwaukee; New Orleans; Syracuse, NY; Kansas City, MO; and Ontario, CA. The 13th will be the first of its kind abroad. Tokyo's Narita International Airport will have stations at four gates, each with six standard U.S. 110 volt outlets.

One reason to make sure all your devices are charged: Delta is also adding in-flight WiFi to 150 international aircraft.

How important are recharging stations to you? Do you always find yourself scrambling to plug in before flights, or do you always make sure you are at full charge before leaving for the airport?