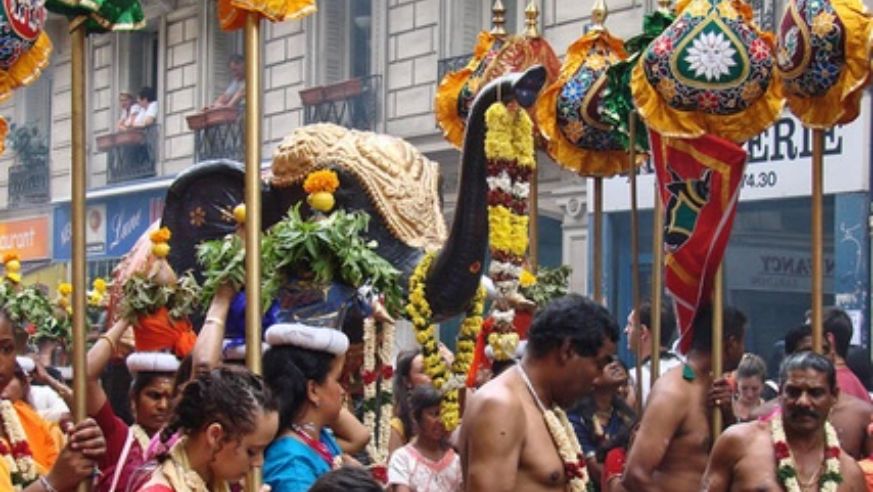 The "Little India" neighborhood just northeast of Paris' Gare du Nord train station is home to hundreds of Indian and Sri Lankan businesses. Among these, you'll find plenty of restaurants with tasty and affordable food—in case you need a break from the rich French diet during a long visit. The best finds are along the rue Cail. In contrast to the passage Brady, whose Indian restaurants serve mainly French and traveling diners, the unadorned restaurants around the rue Cail cater to the local south Asian clientele. That means a little more spice and a lot less money.

The upcoming Fête de Ganesh is a great excuse to explore this part of Paris. The annual festival centers around the Sri Manicka Vinayakar Alayam Temple (72 rue Philippe de Girard, 18th arrondissement), with a parade that winds down along the rue du Faubourg Saint-Denis. Highlights include the costumed dancers, who carry terracotta pots filled with burning camphor, and the smashing of thousands of coconuts as an offering to the Hindu god. Lucky spectators may also received sweets, cold drinks and other gifts as they are distributed along the parade route.

Outside of this spectacular festival, here are a few of my year-round favorite Indian restaurants in Paris:

Eiffel Tower: Wait not, want not