Disney Cancels New Attraction Because It Offends the Obese 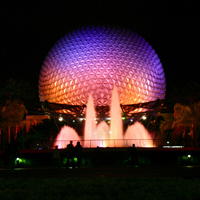 "Habit Heroes," an interactive exhibit at EPCOT that features overweight villains with names like "Snacker" and "Lead Bottom," was supposed to open on March 5.

Head over to HabitHeroes.com, the website Disney created specifically for the exhibit that was expected to open in early March, and you'll encounter a message stating that the site is "Down for Maintenance."

As for the exhibit itself, Disney has decided to postpone its opening indefinitely. You can probably guess the reason why. Last month, the exhibit had a "soft opening," during which EPCOT and the exhibit's partner, insurer Blue Cross and Blue Shield, could get feedback from the public.

The point of the interactive exhibit was supposedly to help children and other park guests develop good habits while fighting off the bad ones. To dramatize the battle, exhibit designers created characters: good, healthy ones, such as Will Power and Callie Stenics, and bad ones, including the oversized Snacker, The Glutton, and Lead Bottom, as well as villains such as Drama Queen, Control Freak, and Sweet Tooth. Their names should give a pretty good indication of what their powers (weaknesses?) are.

After word of the exhibit spread, the complaints started coming in. Per the Orlando Sentinel:

"We're appalled to learn that Disney, a traditional hallmark of childhood happiness and joy, has fallen under the shadow of negativity and discrimination," came a heated response from the National Association to Advance Fat Acceptance. "It appears that Disney now believes that using the tool of shame, favored so much by today's healthcare corporations, is the best way to communicate with children."

The association said, based on the exhibit, both Disney and Blue Cross have sided with "bullies" who mock, insult, and vilify the obese.

At the website WeightyMatters, Yani Freedhoff, a physician based in Ottawa, wrote:

So thanks for being so helpful Disney - I mean if your kid's not overweight or obese, here's to Disney reinforcing society's most hateful negative obesity stereotyping, and if they are overweight or obese - what kid doesn't want to be made to feel like a personal failure while on a Disney family vacation?

Apparently, Disney got the word and has kicked the "Habit," so to speak. There is no word yet, on the other hand, regarding what if anything may come of the "Habit Heroes."

It's been roughly 2,000 years since ancient Rome reached its glorious zenith, which can still imagined thanks to enduring monuments like the Colosseum, the Pantheon, and the Ara Pacis Altar. Yet perhaps it's time to look past the ancient ruins and build a 600-acre theme park that recreates the empire's best attractions in full detail. That is the plan, anyway, of Mayor Gianni Alemanno, who wants to build a 600-acre theme park to pay homage to the Italian capital's glorious past. Expect chariot races and gladiators doing battle, that sort of thing. The ancient city of Rome may be born again as an amusement park because The Emir of Qatar, Sheikh Hamad Bin Khalifa al-Thani, is interested in investing in the idea, says the Times of London. The mayor has also been bolstered by a new survey of 1,300 tourists which found that one out of three of them would return to see "Romaland" if it were built. The project is one of several initiatives the mayor is seeking investors for and which are listed on a the city's official tourism promotion website on the Second Tourist Centre page. Would you go to Rome to visit a theme park based on ancient Rome? Or should the city focus on its existing architectural heritage? Or both? Let us know in the comments. SEE MORE FROM BUDGET TRAVEL France Proposes a Napoleonland Theme Park SeaWorld's Expanding … to Antarctica? Rome: A Cool Restaurant and Art Space in San Lorenzo 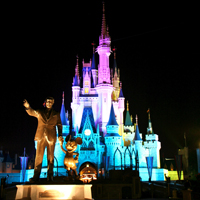 Disney Prices On The Rise...Again

If you haven't heard already, prices at Walt Disney World in Orlando have risen as of Sunday, June 3rd. This follows a similar increase at the Disneyland California parks on May 20, changes that may impact upcoming family vacation plans. Here's the breakdown of current prices. WALT DISNEY WORLD, ORLANDO, FL A one&ndash;day Magic Your Way base ticket now costs $89 for adults ages 10 and up, or $83 for children ages 3&ndash;9. Add $35 for the park hopper option that lets you enter more than one park&mdash;choose from The Magic Kindgom, Disney's Animal Kingdom, Epcot, or Disney's Hollywood Studios&mdash;or $57 to add more options for Disney's water parks and other attractions like DisneyQuest, the ESPN Wide World of Sports, and Disney's Oak Trail Golf Course among others. Those planning to purchase annual passes should be aware of a $55 increase&mdash;be prepared to pay $574 for the standard annual pass, or $699 for the premium annual pass (prices are the same for adults and children and do not include taxes). Additional ticketing options are listed here. Also, keep in mind that parking on the Walt Disney World complex costs $14 per car. DISNEYLAND, ANAHEIM, CA A one&ndash;day one&ndash;park ticket will now cost $87 for adults ages 10 and up, or $81 for children ages 3&ndash;9. For a one&ndash;day park&ndash;hopper ticket that gives you access to both the Disneyland park and Disney's California Adventure, prices start at $125 for ages 10 and up, and $119 for children ages 3&ndash;9. The premium annual passport, which gives a full year of access to both parks, no black&ndash;out dates, and free parking, will now cost $649 per person without taxes (price is the same for adults and children), up from $499 per person last year. Click here for additional ticketing options. Please also be aware that parking at the Disneyland property costs $15 per car. I don't know about you, but that seems a bit much for my family to be spending right now. Perhaps a good ole' American road trip would be a better family vacation option for the time being, or better yet, one of these U.S. theme parks under $50. *All prices are current according to the Disney Parks website as of June 7, 2012, and do not include taxes. MORE FROM BUDGET TRAVEL The Completely Obsessive Absolutely Indispensable Guide to Disney World Trip Coach: Share Your Theme Park Survival Tips 12 Family Trips Budget Travel Editors Love

Magic Kingdom to Serve Alcohol for the First Time

The alcohol ban at the Magic Kingdom ends in mid-November. No, you won't be able to get a souvenir plastic cup full of Bud to make waiting in long lines more palatable. But you will be able to pair your dinner with a glass of Merlot at Be Our Guest, a Beauty and the Beast-themed French restaurant in the park's new Fantasyland section. The controversial move came after guests rallied to improve the "gourmet experience." "You cannot walk into a French restaurant and not get a glass of wine or beer," Maribeth Bisienere, vice president of food and beverage for Walt Disney Parks, told the Orlando Sentinel. "It made more sense to do it than not to do it." Wines will range from $8 to $17 per glass (bottles are $75 and under, with one $99 for big spenders) and are mainly from France or California. Beers will be Kronenbourg 1664 (likely the only French beer you could name) and three Belgian brews. The menu includes French classics like mussels Provencal and ratatouille as well as pork chops and strip steak. Reservations are available starting for November 19 (though the 500-seat restaurant is a hot ticket). Fantasyland officially opens December 6 with Beauty and the Beast and Little Mermaid-themed attractions. MORE FROM BUDGET TRAVEL: Theme Park Survival Guide The Completely Obsessive Absolutely Indispensable Guide to Disney World Confessions of a Disney Cast Member 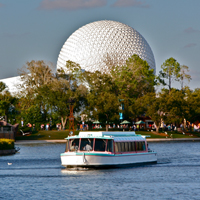 When I first visited Walt Disney World’s Epcot, I felt as if I’d been there before. A little background: One of my earliest memories is of trooping among the colorful pavilions of the 1964 New York World’s Fair as a toddler. Sure, my recall is selective and hazy, but the exhibits dedicated to the nations of the world obviously made a huge impression on my budding consciousness. I remember seeing life&ndash;size models of dinosaurs, the debut of the “It’s a Small World” ride (I especially loved riding in a little boat that glided down pretend canals), and, in a feat that would prove logistically impossible these days, Michelangelo’s Pieta&mdash;shipped over from the Vatican to Queens for the occasion. Years later, as a (very) young adult, I made my first trip to Epcot, which was then only a few years old and known as EPCOT Center (an acronym for “Experimental Prototype Community of Tomorrow”). I had a great day combining some light education with serious multi&ndash;cultural eating and an overall upbeat environment. I remember one moment in particular, as my fake boat meandered down a fake river that passed through, if I’m not mistaken, a very real Latin American restaurant, saying aloud, “Hey! This place is just like the Worlds Fair!” But Walt Disney’s original vision for Epcot was as a real community, with about 20,000 residents. Reality slowed progress on that dream and in the end the place opened after Disney’s death, striking a balance between exhibits focused on the future and those focused on the cultures of different countries. (Disney lore has it that two teams of Imagineers came up with competing plans and ended up merging them into one design.) This week, visitors to Walt Disney World can have a little brush with history. October 1 is the 30th anniversary of the opening of Epcot, and true to the park’s educational mission, plans for the celebration included a blend of futuristic speculation and international culture, including talks scheduled for Monday afternoon about “Designing the Future&mdash;Past and Present” and “Epcot: How It Changed the World,” with well&ndash;known Imagineer Marty Sklar. Appearances by musical artists the Voices of Libery and Mariachi Cobre were also planned, along with an extended “IllumiNations” show on Monday evening. What are your memories of Epcot? Were you there for its opening back in 1982? Are you there now for the anniversary? We’d love to hear your impressions&mdash;and see your pictures! &mdash;Robert Firpo&ndash;Cappiello MORE FROM BUDGET TRAVEL The Completely Obsessive Absolutely Indispensable Guide to Disney World 6 Simple Questions That Will Save You Money on Vacation Top 10 Most Visited Cities in the World