Earlier this year, Disney launched D23, its first official community for Disney fans. For a fee of $75, members receive a quarterly publication and exclusive gifts. One of the coolest perks is a chance to attend California's D23 Expo. This annual event took place earlier this month. Here's the news you missed:

• The much-rumored expansion of Fantasyland at Walt Disney World in Florida is happening. Slated for 2013, Fantasyland will expand into parts of the Magic Kingdom currently used for Mickey's Toontown Fair and will also use dormant land left over from the old 20,000 Leagues Under the Sea attraction. The expansion will be princess-heavy, as most of the new attractions will feature the likes of Ariel, Belle, and Snow White. But if princesses aren't your thing, there will now be a circus tent area where the classic Dumbo attraction will be moved to—and doubled in size. (Parents can only hope this signals the end of the hour-long waits in the sweltering, shadeless queue!)

• After years of endless rumors and waiting, Star Tours will be updated at both Disneyland and Disney World. Set to debut in 2011, the new Star Tours will feature scenes from George Lucas's prequel trilogy (we'll let others comment on whether that's a good thing) and—more importantly—will be in 3-D.

• Disney's California Adventure in Anaheim is proceeding with its plans to build Cars Land, scheduled to open in 2012. This six-acre expansion of the park will allow guests to enter the town of Radiator Springs, featured in Pixar's Cars.

The Disney Cruise Line also has changes afoot. In 2011, the Disney Wonder will add ports of call in Alaska and the Mexican Riviera. From May through early September, the Wonder will feature 7-night cruises to Alaska. Starting and ending in Vancouver, the cruise will make stops in Tracy Arm, Skagway, Juneau, and Ketchikan. For the remainder of the year—and bookending the relocation to Alaska—the Wonder will cruise out of L.A. to the Mexican Rivera, making stops in Puerto Vallarta, Mazatlán, and Cabo San Lucas. For more information, visit disneycruise.com.

Are you heading to Disney World, but need help conquering the Mouse? What's on your mind: Where to stay (inside the park or out)? How to get around? Park Hopper tickets versus single-day passes? Ask us, and we'll try to track down the answers! We'll then share the scoop in the July/August issue of Budget Travel. 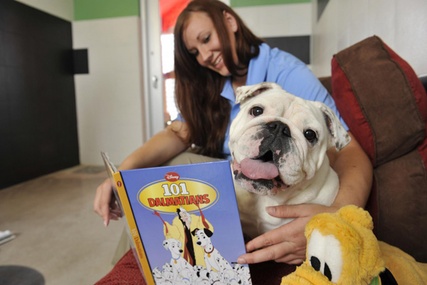 Good news for folks who consider their pets part of the family. The Mo's Nose app&mdash;based on a children's book series of the same name&mdash;is your go-to guide for pet-friendly travel. This GPS-enabled tool helps you sniff out everything from groomers, dog parks, and kennels to hotels that welcome canine guests. Does your pooch have a deep dark secret you can't wait to crack? Oddly enough, you can even search pet psychics across America. Released on August 19, this app is compatible with iPhones and iPod Touch and can be downloaded for free from the iTunes App Store. This week also saw the opening of Walt Disney World's Best Friends Pet Care, a 17,000-square-foot luxury pet resort. Just like their owners, pets can stay in a wide range of rooms, from the budget to the swanky. Accommodations start with 32-square-foot indoor rooms and move up to 226-square-foot Very Important Pet suites, which come equipped with televisions and private backyards. Amenities include a nature trail for relaxing walks with owners and a splash-around pool. The property welcomes more than just dogs&mdash;it boasts a Kitty City pavilion, as well as boarding areas for birds and small mammals. Hamsters love Mickey, too! As much as I loved my cat and rabbit growing up, vacation time was a human-only affair. All this talk of pet travel got me wondering: Do Americans really take their pets with them on vacation, or is this a niche market reserved for spoiled pageant dogs and cat ladies? Let us know&mdash;have you ever traveled with a pet? What kind of pet did you take? Where did you go? And did your dog watch television while you were there? 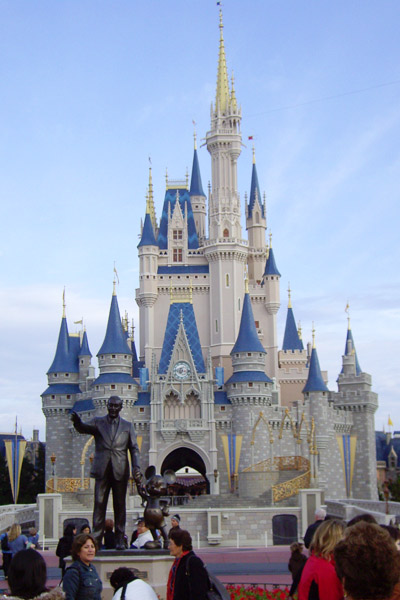 How many rides do you ride on a day at Disney?

The number of rides enjoyed by the average Disney park visitor may seem surprisingly low. So what's the average? Nine rides. In a whole day. Considering that a one-day adult ticket costs $87 and change, and entrance for a child age 3 to 9 is $78.81, this means typical visitors are paying roughly $9 or $10 per ride. A recent New York Times story highlights Disney's secret strategies for shortening the lines at park rides, and these efforts -- which include starting parades to draw park goers into less crowded areas, and sending out a Jack Sparrow actor to amuse folks in line at Pirates of the Caribbean&mdash;have sometimes been able to inch the average number of rides to 10 per person per day. Though some Disney enthusiasts enjoy shopping, parades, and other aspects of the experience just as much as the rides, the cost-per-ride ratio still strikes us as pretty excessive. What do you think? Is a three-minute Disney ride worth the equivalent of $9 or $10 a pop? For that matter, if you're an avid Disney visitor, do you tend to hit more or less than 10 rides in a typical day? If so, would you care to offer tips for newbies who are trying to get the most ride-age for their dollars? MORE FROM BUDGET TRAVEL: Confession of a Disney Cast Member Ask Trip Coach: Walt Disney World Whose Disney World is it? Do you like the idea of a day with no kids at the Disney parks?

Are some theme park guests too big to ride rollercoasters safely? For obvious reasons, rollercoaster seat harnesses and straps must fit snugly over riders. That's a problem for riders who are too tall, too broad, or just plain too large to squeeze into the seats and safety equipment. Increasingly, though, adjustments are being made to rollercoasters so that riders of all size can enjoy the thrills. The UK's Daily Mail reports that Thorpe Park, in Surrey, is adding larger seats to its Nemesis Inferno ride, and it plans to introduce seats and harnesses specially designed to accommodate larger guests on other rides as well. Thorpe Park's Mike Vallis told the newspaper: "The reality is that we are super-sizing - and that's a fact we're embracing. Why shouldn't people be comfortable when they are enjoying a day out with their friends or family?" The supersizing of coasters may have made news, but it's not necessarily new. Many rollercoasters in the U.S., in fact, already make special accommodations so that the obese and oversized can ride. Robert Niles, who edits Theme Park Insider and wrote "Confessions of a Disney Cast Member" for Budget Travel, tells USA Today that most roller coasters built in recent years have been designed to somehow allow overweight guests to ride safely and comfortably: "Every new coaster I've seen in the past several years either has special seats or rows for larger riders, or extension options so that the restraints can hold larger riders." This is only smart business: If a large portion of the public is banned from many of a theme park's best rides, fewer people will bother paying the price of admission. MORE FROM BUDGET TRAVEL: 10 Must-Ride Theme Park Attractions 8 Record-Breaking Theme Park Thrills 5 U.S. Theme Parks Under $50