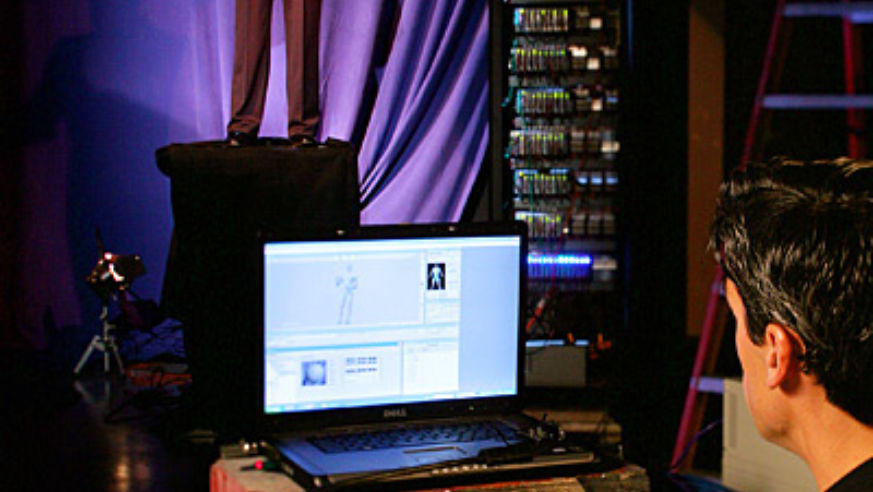 Call it Faux-bama. Or perhaps Robobama. After a long renovation, the Hall of Presidents at Walt Disney World's Magic Kingdom reopens this Saturday, July 4, and inside is a new guest: an Audio-Animatronic version of President Barack Obama.

The statue moves and talks, with words that President Obama himself recorded at the White House earlier this year. With the cooperation of White House staffers, Disney even incorporated Obama's sense of fashion and style, including the selection of watch and accessories on the figure.

One photo, in the Orlando Sentinel, shows the Obama-bot with a serious, determined face and two hands extended slightly, palms facing up. The expression and body language seems to be saying, "What are you gonna do?" or perhaps "Slap me ten!"

With the unveiling, Disney will have on display life-sized animated figures of every U.S. president. Lincoln's gives the entire Gettysburg Address. The Audio-Animatronic Bill Clinton poses with his fist raised, thumb slightly up in his famed "I feel your pain" position.