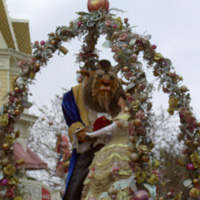 For nearly 60 years, Disney employees haven't been allowed to grow beards or goatees. Soon, though, "Cast Members" won't have to be clean-shaven.

Since the company began, Disney has prided itself on being extraordinary. As in: not ordinary. Its movies are not the typical animated fare. Its theme parks, resorts, and rides are far more magical (not to mention expensive) than the competition.

Also, its employees aren't mere workers, staffers, or, well, employees. Instead, they're all referred to as "Cast Members."

To bring the customer experience to the next magical level, all Cast Members have been expected to play their roles as clean-cut, exemplary, all-American hosts and hostesses. For about six decades, there was a ban on facial hair so that all Cast Members could play the part and maintain the "Disney Look."

But times, and what's acceptable in terms of the Disney Look, are changing. A new policy, taking effect on February 3, removes the facial hair ban.

Guests shouldn't expect a flood of Cast Members with scruffy faces or ZZ Top beards on their next visit to a Disney park, though. The Orlando Sentinel clarifies what's OK and not OK:

Disney's new policy restricts any facial hair to no more than a quarter of an inch in length. And the company says any chin whiskers "must create an overall neat, polished and professional look" and must be fully grown in and well-groomed.

In other words, no beards like those grown by the Seven Dwarfs, and certainly no facial hair along the lines of Beast from "Beauty and the Beast."

Even so, for the pro-hair faction, Disney's change means progress. It follows another policy adjustment in 2000, when mustaches for Cast Members were given the OK. While beards, goatees, and mustaches are allowed, there are still plenty of rules and restrictions, such as:

Mustaches (without lower facial hair) must not extend onto or over the upper lip and must extend to the corners of the mouth, but not beyond or below the corners.

Mustaches may extend below the corners of the mouth to meet with the facial beard.

Shaping the mustache or beard to a particular style is not permitted.

For clarification on whether a mustache, beard or goatee is acceptable, please consult your area leader or contact the Cast Image and Appearance team.

To which many employees must respond: Oh, forget it! I'll just shave.

A Napoleon Bonaparte-themed amusement park may be built at a location slightly south of Paris. The theme park, nicknamed Napoleonland, is set to cost about $280 million&mdash;'Mon Dieu!'&mdash;and vie with Disneyland Paris in size. Details on the project will be officially announced next month. Russian and Middle Eastern investors are interested, and the project has backing from state officials and Atout France, a tourism promotion organization. Attractions are still being decided, but there's talk of a museum saluting the life of the famous revolutionary turned emperor. Surprisingly, France has no national Napoleon museum, even though is he arguably the country's most famous figure in three centuries. It's possible that the park will hold costumed re-enactments of one of general's famous battles, such as Waterloo or Trafalgar, in the style of a Renaissance Fair. More fancifully, there is talk of simulations of major events in the life of Napoleon, such as the guillotining of France's last king, Louis XVI. Yves J&eacute;go, mayor of Montereau, has blogged that he hopes the park will be opened by 2017 at a location about 45 miles from Disneyland and a one-hour drive south of Paris. The story was first reported in English by The Economist. The Times of London dug up additional details this morning. Once comedian David Letterman hears about it, he's sure to have some fun with this idea. Can you hear it already: "Top Ten Things to do at Napoleonland: Number 10: Lose your arm from untreated bullet wounds...." More seriously, France wants to retain its status as the world's most touristed nation by dominating the market in historical attractions and war memorials. In November, it opened the Museum of the Great War in Meaux, one of a series of new historically-themed attractions. War tourism is especially popular. In 2010 (the most recent data available), France's 155 war museums, memorials and historical sites that charge entry fees attracted 6 million visitors, reports The Guardian. Anyway, what do you think? Would you go to Napoleonland? Or do you think it will be a "cultural Chernobyl." Sound off in the comments! SEE MORE FROM BUDGET TRAVEL Disney Parks to Stay Open 24 Hours in a Row on February 29 SeaWorld's Expanding … to Antarctica? Is Legoland Florida Worth the Cost? 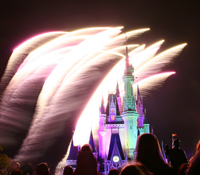 If you've ever dreamed of riding Space Mountain or Pirates of the Caribbean at 3 in the morning, here's your chance. In honor of Leap Year, Disney is keeping its two most popular parks, Disneyland in California and the Magic Kingdom at Walt Disney World in Orlando, open for a full 24 hours in row. The special event, dubbed One More Disney Day, takes place on Leap Day, a.k.a., February 29. Both parks will open at 6 a.m. and remain open through the night. Rides, concessions, and restaurants won't close until 6 a.m. on March 1. Despite the unexciting name of the event, which almost sounds like "just another day," this is big news in certain circles. The average visitor goes on nine rides during a day's park visit, but experienced self-proclaimed "Disney dweebs" can easily do triple that. Or more. The unofficial record, according to one BT commenter, is 72 attractions in 11 hours. With the prospect of having a full 24 hours to take in rides and attractions, some Disney enthusiasts are salivating over the idea of breaking all sorts of ride records. The Motley Fool's Rick Munarriz, who says he "practically grew up at the Florida parks," advises against sticking with any one ride during the full-day admission: If your game plan is to marathon-ride Space Mountain -- and I'm sure plenty will attempt to do exactly that -- you won't make it 24 hours. Can you imagine? Twenty-four hours in a row on Space Mountain doesn't sound like fun. It sounds like a job, or perhaps even some unusual form of punishment doled out to kids who habitually cut the line. MORE FROM BUDGET TRAVEL: Confessions of a Disney Cast Member Ask Trip Coach: Walt Disney World The Completely Obsessive, Absolutely Indispensable Guide to Disney World

We waited and waited, my son and I, to get into The Haunted Mansion at Walt Disney World. Eli, now 24 but then about 6, "really really, really" wanted to do it &mdash; until we got to the front of the line. At that point there was a look of terror in eyes, which were promptly welling with tears. We headed to the exit. Later, he reconsidered, and we stood in line again. There is emotion involved in the theme park experience that goes beyond screaming on a rollercoaster. And there are questions parents find themselves asking, such as: What rides are appropriate for my child? How do I deal with changes of mind and, conversely, "but I want to…" tantrums? Are there ways to assure we all actually have fun? Then of course there are the practical things that come along with a theme park visit. Did we park in Pluto or Goofy? (Yes, I have been known to mix them up.) Should we set a budget for souvenirs? Can we pack a picnic or do we need to indulge in park snacks? Are mobile apps practical in navigating the park experience? There are more than 400 amusement parks in the U.S., according to the International Association of Amusement Parks and Attractions. In 2008, 300 million people visited the parks &mdash; going on some 1.7 billion rides. Chances are if you have kids and even if you don't, you'll find yourself at one of the parks at some point &mdash; whether it's a Disney, a Six Flags, a SeaWorld, a Legoland or a local favorite. We want to hear your tips, stories and especially questions about theme parks. We'll be discussing as many as we can in Trip Coach in an upcoming issue of Budget Travel. More from Budget Travel: 8 Record-Breaking Theme Park Thrills 5 U.S. Theme Parks Under $50 Rollercoasters Get Super-Sized for Overweight Guests

With new theme park Legoland Florida charging admission rates of $75 plus tax for adults and $65 plus tax for children, is the new theme park really worth the money? Opened on Oct. 15, Legoland Florida appeared on the site of the old Cypress Gardens park in Winter Haven. It's a nearly hour-long drive from the Orlando theme parks, but Legoland's strong line-up of kid-friendly attractions ought to encourage many families to make the trip to check it out. But add in parking ($15 a day) and lunch, and a family of four could easily spend $350 in a single day&mdash;plus lodging (starting at about $60 locally) and airfare. Some parents may want to paraphrase Johnny Paycheck and say, you can take all that and shove it. Is Legoland Florida worth the cost? It depends on whether you've ever been to a Legoland before. Fans have consistently rated Legoland's California park as the best in the nation for children, even ahead of the Disney parks, according to Robert Niles, editor of ThemeParkInsider. Says Niles: "I know many East Coast and Midwestern families who've been waiting for a Legoland on their side of the country." How does Legoland compare in price to other Florida theme parks? It depends. Disney's larger complex with greater hours of operation (in other words, Legoland closes at 5 p.m.) offers better value for the money, according to the math done by The Ledger. The newspaper found that, on a per hour basis of daily operations, Legoland costs twice as much as Disneyland's Magic Kingdom. Are there any tricks to saving on Legoland Florida? You should avoid paying the up-front admission fee. Plenty of discounts can be found online at "promo code sites," such as the always reliable Mouse Savers. If you don't have time for online research, know that Legoland sells a two-day upgrade ticket, which gives visitors a second day in the park for an additional $15. Any other money-saving advice? Resist cries from your kids to buy souvenirs. The Lego sets sold at the park can be bought elsewhere at cheaper prices. Bottom line Vacations are about their value, not just the dollar amount&mdash;that's the Budget Travel philosophy. Families will happily splurge if they know they're going to get memories of a lifetime and that they're not going to overpay&mdash;relative to what they could find elsewhere. Legoland Florida can be a good value if you've never been to it before and if you approach it as a savvy consumer looking for discount offers. Video and early reviews are up, including a five-minute full tour on YouTube. Check it: SEE MORE FROM BUDGET TRAVELThe Completely Obsessive Absolutely Indispensable Guide to Disney World Orlando Sting: $1 Million Worth of Black Market Theme Park Tickets Confiscated Disney Is Bringing Avatar to Life in Its Parks 12 Things You Didn't Know About Orlando