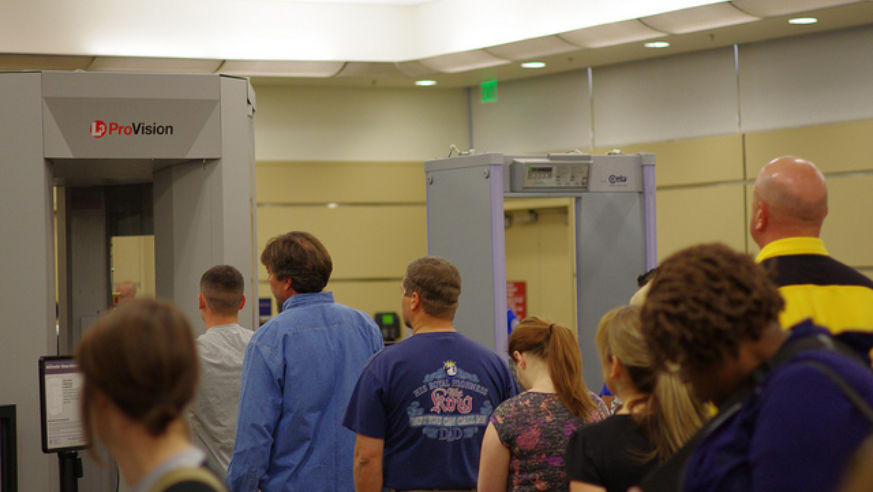 Did your airport screener fail the recent Homeland Security test?

The Department of Homeland Security’s Office of the Inspector General had a good idea: It conducted 70 tests of Transportation Security Administration (TSA) airport screeners to see how easily banned items such as explosives and weapons could make it through the screening process. Turns out the answer was pretty darn easy: In 67 out of 70 cases, banned items passed unnoticed.

Homeland Security’s report on the tests will be published later this year, but the reporting of details by ABC News and CNN have already let the cat out of the bag, leading to the reassignment of TSA’s current administrator and a statement from Homeland Security assuring the public that the screening process is safer than the 67/70 results may suggest. My favorite quote about this comes from a Homeland Security spokesperson, reported by CNN: “the numbers in these reports never look good out of context.” (On second thought, my actual favorite quote about this came from The Onion: "TSA Agents to Now Simply Stand at Checkpoints and Remind Passengers That We All Die Someday.")

My hope is that the “context” is that the 70 tests were targeted to airport screeners already suspected of lax practices. But if that were the case, why doesn’t Homeland Security just say so, instead of reassigning TSA’s leader?

WE WANT TO KNOW: The U.S. has spent hundreds of millions of dollars on airport screening. Does this news about inadequate screening practices make you rethink your vacation plans?