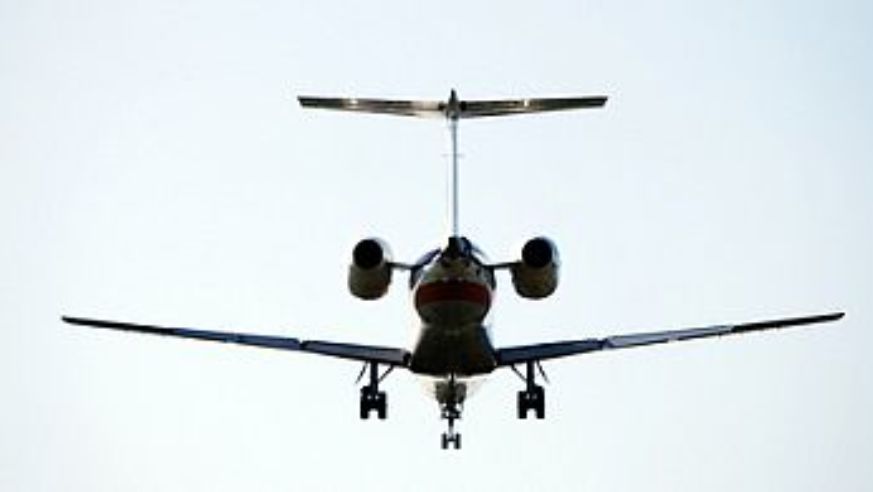 The first penalty under the tarmac delay rule was issued this week by the The U.S. Department of Transportation, the agency fining American Eagle a whopping $900,000. The move promptly launched a debate on whether such fines might actually hurt consumers.

At issue is whether airlines will cancel more flights to delay large tarmac delay penalties.

The rule, which took effect in April 2010, allows the DOT to fine carriers as much as $27,500 per passenger for delays on the tarmac of more than three hours. In the case of American Eagle, 608 passengers on 15 planes arriving at Chicago's O'Hare, amid thunderstorms on May 29, were cooped up beyond the limit—45 minutes beyond in one case.

The fine reflects a settlement between the carrier and DOT. "A total of $650,000 must be paid within 30 days, and up to $250,000 can be credited for refunds, vouchers, and frequent flyer mile awards provided to the passengers on the 15 flights on May 29, as well as to passengers on future flights that experience lengthy tarmac delays of less than three hours," the DOT said.

For its part, American Eagle said it apologized to passengers on the delayed Chicago flights and provided either travel vouchers or frequent flyer program mileage credit. The carrier also said it had a new plan in place to avoid such tarmac delays in the future.

The sizeable fine—the largest penalty to be paid by an airline in a civil protection case not involving civil rights — would appear a victory for consumers, and that's what DOT officials are touting.

“We put the tarmac rule in place to protect passengers, and we take any violation very seriously,” said U.S. Transportation Secretary Ray LaHood in announcing the fine. "We will work to ensure that airlines and airports coordinate their resources and plans to avoid keeping passengers delayed on the tarmac.”

Transportation officials have credited the threat of fines with dramatically reducing tarmac delays—from 693 delays of more than three hours during the 12 months before the new rule took effect to just 20 between May 2010 and April 2011.

Except analysts and some in the airline industry are saying cancellations are one reason for the reduction, and that airlines will only cancel more flights under threat of big fines.

"If there's a 20 percent chance of this happening, an airline will cancel," airline analyst Michael Boyd told the Associated Press.

Ken Quinn, a former Federal Aviation Administration chief counsel who now represents airlines, told AP the tarmac rule will turn out to be inadvertently "anti-consumer," for the cancelation reason.

But in a press release issued yesterday, the consumer group FlyerRights charged the airline industry was resorting to "scare tactics" in an attempt to thwart the reforms.

"The purpose for the new passenger protections, including the fines, is to create incentives for the airlines to treat passengers more fairly, not give them an excuse to punish their customers further," said Kate Hanni, Kate Hanni, FlyersRights founder and Executive Director. "Hopefully the airlines focus their energy to comply with the new DOT rules, rather than thwart them."

The DOT is completing a comprehensive study regarding the impact of the passenger protections, Hanni added. The passenger-focused group also called the $900,000 fine a "slap on the wrist."

Meanwhile, all this comes as the feds are also looking into possible fines for tarmac delays last month during a freak Northeast snowstorm. Passengers on JetBlue and American flights sat for hours on the tarmac at snow-covered Bradley International Airport in Connecticut—those on one flight trapped on the plane for more than seven hours despite pleas by the captain to airport officials.

How Far Should the DOT Go to Protect Travelers?

Stuck on the Tarmac? How Long is Too Long