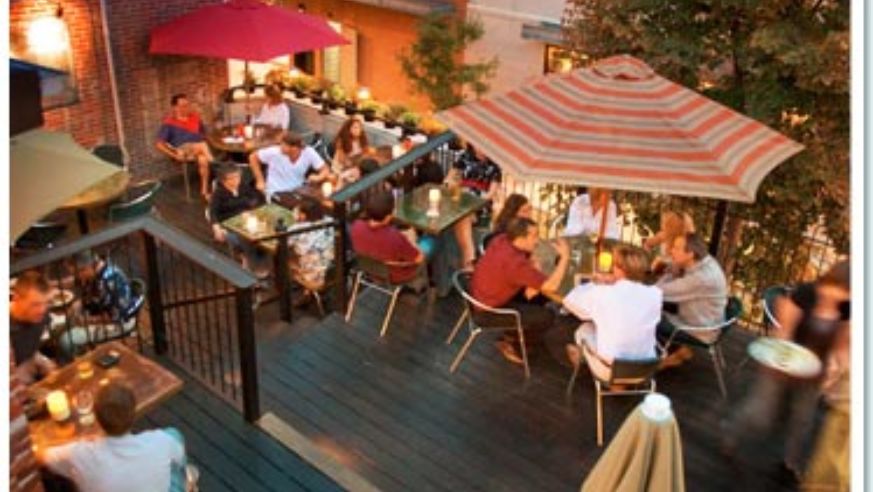 We uncover pubs worth the trip in places that seriously know their brews: Brooklyn, Denver, Milwaukee, Philadelphia, Portland, and Salt Lake City.

Spuyten Duyvil
Limited space makes brewpubs a challenge in Brooklyn, but the borough is home to some of the best beer bars in the country. In a disheveled section of the trendy Williamsburg neighborhood, this nearly anonymous bar is marked only by the red wrought-iron bars that protect the stellar beer collection inside. On most nights, the narrow space is packed with local hipsters and not-so-local beer fanatics bent on sampling Spuyten Duyvil's six intriguing draft beers and over 140 bottles. What to drinkThe draft list is always rotating; owner Joe Carroll nicely balances old world with mostly Northeastern American beers, like those from New Hampshire's Pennichuck Brewing. 359 Metropolitan Ave., 718/963-4140, spuytenduyvilnyc.com.

BeerTable
This simple, elegant beer bar is meant for sipping unusual brews and discussing hop varieties rather than chugging cans and talking football. Owners Justin and Tricia Philips will be happy to enlighten you on all topics beer and, if you're nice, might even dip into their basement-aged stash.What to drink Justin Philips rotates his menu daily, so it's wise to seek his advice. He's a big fan of the up-and coming Italian craft beer scene, but he also pours plenty of local beers as well, like ones from Captain Lawrence Brewing, Sixpoint, and Brooklyn Brewery. 427 B Seventh Ave., 718/965-1196, beertable.com.

Great Divide Tap Room
Colorado has more than 100 craft breweries, and arguably the best is Great Divide. Voted 14th best brewery in the world by ratebeer.com in 2008, GD brews intense beers with expansive flavors to match the local landscape. The taproom serves GD standards as well as bar-only specialty brews that can be taken home in bottles, half-gallon growlers, and various keg sizes.What to drinkStart with something light like the summer-appropriate Samurai Rice Ale—the addition of rice gives it a slightly sour, fruity flavor. Follow it up with one of the best American stouts: the bold and balanced Oak Aged Yeti Imperial Stout. 2201 Arapahoe St., 303/296-9460, greatdivide.com.

Lakefront Palm Garden
Brothers Russ and Jim Klisch, whose last name couldn't sound more like a brand of beer, have grown Lakefront from humble origins. They began brewing in a former bakery and were soon distributing around Milwaukee. To keep up with their popularity, the Klisches bought a bigger space from the city and in 1999 opened the Palm Garden, a family-style beer hall where visitors can enjoy keenly crafted ales and lagers and, on Fridays, a fish fry with beer-appropriate entertainment: live polka music. What to drink Riverwest Stein beer, a malty amber lager named for the neighborhood where Lakefront was founded. 1872 N. Commerce St., 414/273-8300, cafevecchio.com/palmgarden.

Milwaukee Ale House
This sprawling, multilevel brewpub on the Milwaukee River has a dining room, two bars, and—in the summer—copious dockside seating. Six public boat slips make the transition from "day on the water" to "night at the pub" far too easy, while live blues, rock and reggae, stick-to-your-ribs comfort food (try the Ale House Cheese Burger), and, of course, the beer draw the after-work crowd. What to drink The Solomon Juneau, a crisp golden ale, and Louie's Demise, a malty amber ale honoring a 19th-century Sheboygan bar-goer whose life ended with a beer glass to the head. 233 N. Water St., 414/226-2337, ale-house.com.

Stonefly Brewing Company
Named for an insect coveted by trout and often simulated with fishermen's lures, Stonefly's brewery and brewpub are among Milwaukee's favorites. Youngsters and old-time beer lovers gather for playful pub fare—the Brat & Tot is just what it sounds like—and an impressive lineup of flavorful craft beers. On the stage anything goes: folk, burlesque, even hip hop poetry. What to drink Stonefly's beers run from a crisp pale ale to a dark, hearty porter, but its intensely hoppy Sixfinger IPA or the rich and toasty Oatmeal Stout showcases the brewery's tendency toward bold flavors. 735 E. Center St., 414/264-3630, stoneflybrewery.com.

Monk's Cafe
Unlike Standard Tap, Monk's beer selection is far from local. This Belgian beer bar was ahead of its time, celebrating what is arguably the world's finest beer-producing nation long before Belgian ales got popula in the States. The friendly staff has an encyclopedic beer knowledge and is happy to help navigate the daunting menu. What to drink Monk's stocks the usual Belgian suspects like Chimay, Corsendonk, and St. Bernardus, but strays into more obscure territory as well. Try Monk's Cafe Flemish Sour Ale, brewed near Ghent, Belgium exclusively for the bar. 264 S. 16th St., 215/545-7005, monkscafe.com.

Rogue Distillery & Public House (PDX)
One of Portland's best known microbreweries remains a choice brewpub destination, even in a city with nearly 30 others. The original location is 235 miles down the road in Ashland, but its outpost in Portland's industrial-chic Pearl District gives urbanites easy access to Rogue's inventive beer styles and hearty dishes; the menu includes five Kobe beef burgers. What to drink Choosing a beer from the 38 taps at Rogue can be overwhelming, but with a pleasing spiciness, and a hint of smoke, the amber Chipotle Ale is better than its name might suggest. Or opt for the tasting flight and sample four 4-ounce brews for $6. 1339 NW Flanders St., 503/222-5910, rogue.com.

Lucky Labrador Brew Pub
Since 1994, this vast brewpub in a former sheet-metal warehouse has taken a canine-friendly approach to beer drinking. Dogs are free to mingle beneath the tables on the back patio while the owners sip ales and graze on sandwiches and fresh light salads. It's like being backstage at a dog show, only with much better beer. What to drink Given the pub's name, the rich and toasty Black Lab Stout is a natural choice. Labrador also features rotating draft and cask options. 915 SE Hawthorne Blvd., 503/236-3555, luckylab.com.

Red Rock Brewing Company
Just around the corner from Squatter's, Red Rock is not only known for its beers—which have racked up numerous awards—but also for handcrafted sodas and an extensive America-meets-Italy menu. No offense to the sausage loyalists, but is there a better beer pairing than wood-fired pizza? What to drink The IPA Junior, a sweet and hop-heavy ale that might be low in alcohol, but nevertheless manages an intense, pleasingly bitter flavor. 254 S. 200 W., 801/521-7446, redrockbrewing.com.