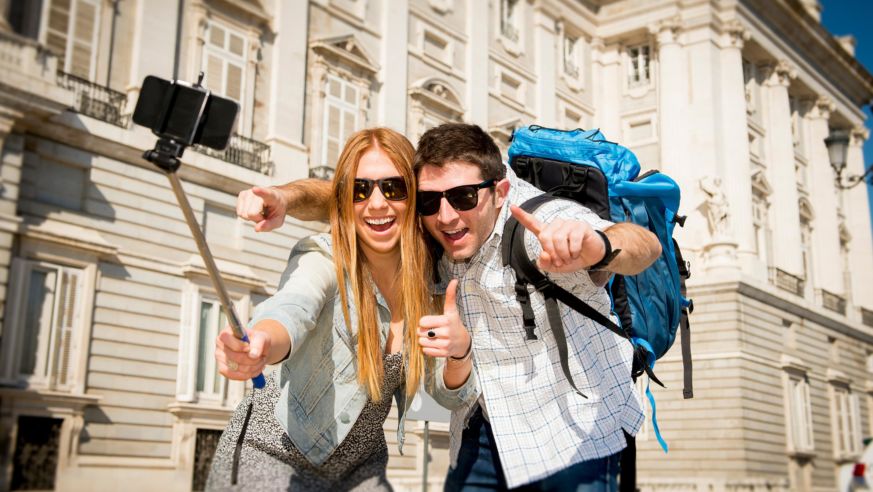 This has been a banner week for stupid tourist stunts, and we're calling them out. From putting a wild animal into a hatchback to defacing precious natural wonders, here's what the unenlightened have been up to in some of our favorite places to visit:

1. Two tourists in Yellowstone National Park put a baby bison in the back of their SUV because it "looked cold."

What more can we even say about this? Not kidnapping wildlife to "rescue" it because you think you know more than Yellowstone park rangers would be a good start. It's not only dangerous; it's illegal. Adding to the ignorance, the high was 50 degrees that day. Not exactly an icy tundra. Because of these two geniuses, the baby bison later died.

The Washington Post reported: “Park rangers tried repeatedly to reunite the newborn bison calf with the herd. These efforts failed. The bison calf was later euthanized because it was abandoned and causing a dangerous situation by continually approaching people and cars along the roadway.”

2. Vanessa Hudgens agreed to pay a $1,000 fine for carving a heart into a red rock wall in Sedona, Arizona—and then Instagramming it.

Frankly, we expected more of actress Hudgens, who seems like a nice young woman. What makes the defacing more obnoxious is the heart contained the names "Vanessa" and "Austin"—a.k.a. Hudgens and her boyfriend, actor Austin Butler.

There are no real winners here except Hudgens's Instagram followers, who alerted the media, causing the authorities to get involved. They issued her a citation for "a misdemeanor count of damaging a natural feature on U.S. Forest Service land," according to the Associated Press, hence the fine of $1K. Good on ya, Vanessa fans.

3. A dude in Portugal smashed a 126-year-old statue after climbing it...to take a selfie.

We're shaking our heads right now. Which is more than we can say for poor Dom Sebastiao, a 16th-century king of Portugal, whose statue was smashed to pieces when a tourist allegedly tried to scale it and snap a photo, Artnet News reported. The statue is in Lisbon's Rossio train station, and the suspect "attempted to flee." Big surprise.

Check out the pre-smashing and post-smashing photos here. They will make you very sad. We won't speculate on whether a selfie stick was used, but let's just all agree not to use selfie sticks while we're around priceless artwork...or maybe ever.