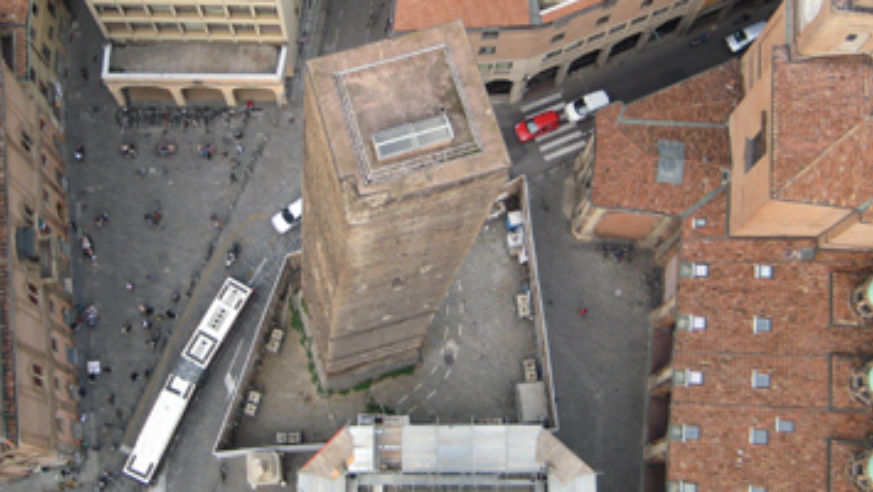 Courtesy mtb/myBudgetTravel
A view of Bologna, Italy, from the top of the Asinelli Tower. The recent 6.3 earthquake struck just 22 miles from Bologna, killing seven people and damaging many historic sites.

You may associate the Italian peninsula with a certain amount of historical upheaval—Hannibal leading his conquering army, including war elephants, over the Alps to march on Rome; the Borgias turning the Vatican into their personal playground; Benito Mussolini… well, you get the idea. But we sometimes forget that the region is also prime territory for a more literal kind of upheaval: earthquakes.

The 6.3 quake that struck 22 miles north of Bologna in the early morning hours of May 20 killed at least seven people, injured about 50, and was felt as far away as Milan and Venice. More than 3,000 people were evacuated from the region so that building safety could be assessed, and the damage to dozens of churches and other historical sites is still being assessed.

Yes, seismic activity is a downside to one of the world’s favorite travel destinations, but a little background info and some preparedness tips should go a long way toward easing your mind.

Italy is earthquake-prone because the African tectonic plate is moving northward at the rate of about 2 centimeters per year, pressing against the Eurasian plate. At the same time, there appears to be considerable seismic activity between Italy and Sardinia; along the Apennine Mountains that run down the center of the country; and in the Adriatic Sea, to Italy’s west, where the earth’s crust may be slowly moving under the peninsula. Translation: The stones of Florence—and of Rome, Naples, and Palermo for that matter—may very well shake under your feet.

Of course, your chances of being caught in an earthquake are slim, but it never hurts to be prepared. The U.S. Geological Survey offers some easy-to-remember tips for people who live in seismically active areas, such as California, and some of the USGS’s advice can be readily adapted to travel:

Duck, cover, and hold. When an earthquake strikes, get under a desk or table and hold on; stay away from windows. If you are outside, get into an open area away from anything that could rain debris on you (buildings, power lines, chimneys). If you are driving, carefully pull over and stop your car (but get clear of bridges, overpasses, trees, or light posts first).

Pack smart. Before you leave home, pack a first-aid kit (along with a handbook), bottled water, and several day’s worth of packaged foods (if you bring canned food, don’t forget a mechanical can opener), a portable radio, flashlights, and batteries. Pack at least one pair of sturdy shoes and a set of tough “play” clothes.

Make a plan. Agree with your traveling companion(s) in advance on an emergency meeting place in the event that you lose phone reception or your hotel is evacuated. It should be simple and easy to remember—like the public fountain nearest your hotel. When you check in, assess your hotel room for earthquake safety: Remember, an earthquake can make light fixtures fall, furniture move, and shelves fall over.