Going to the Derby? Here's How to Eat Like a Local in Louisville! 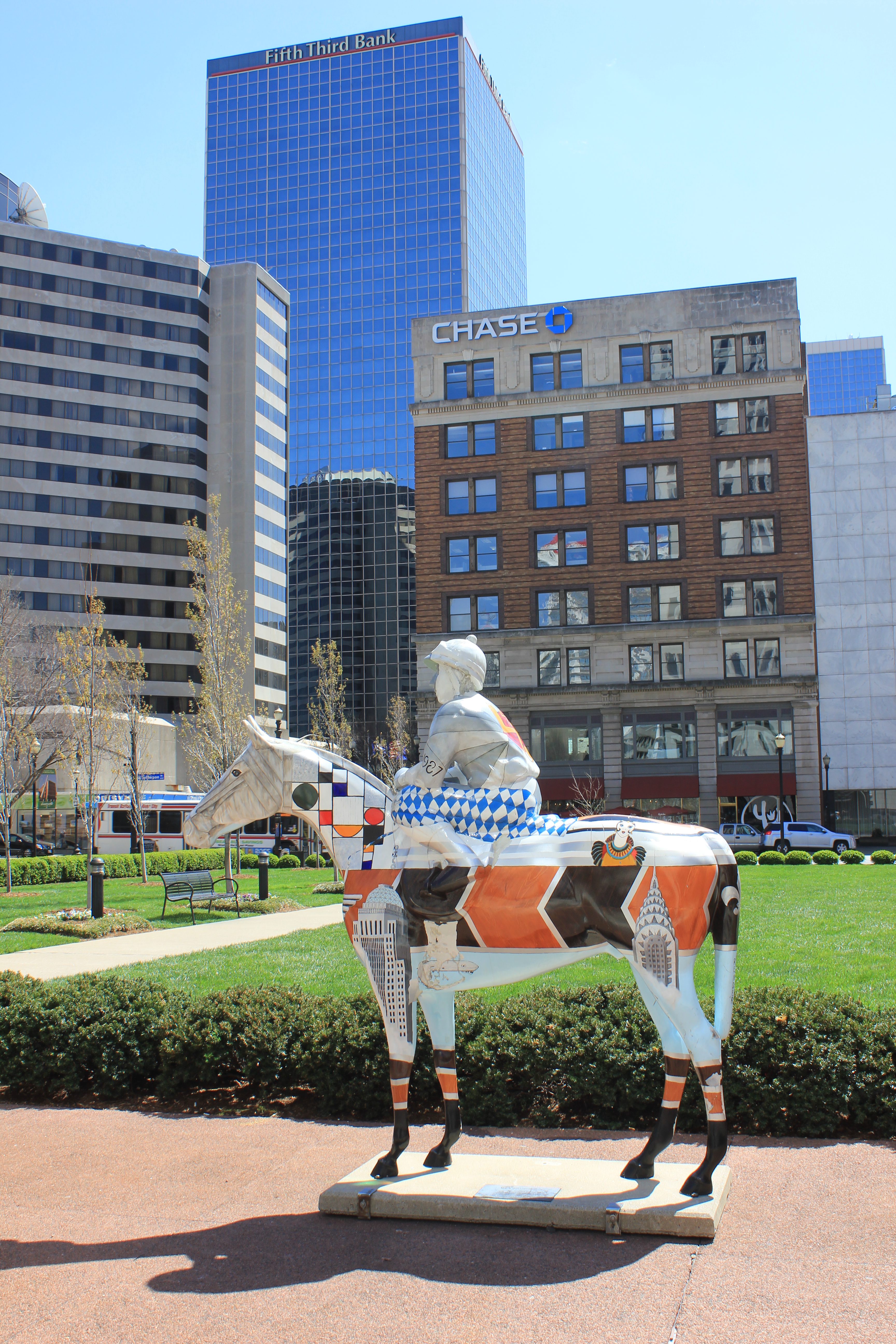 Laura Siciliano-Rosen and Scott B. Rosen are the editors of Eat Your World, a guide to regional food and drinks around the globe founded on the principle that what you eat depends on where you are.

It's that time of year again in Louisville—when the big hats and big bucks come out to play at Churchill Downs for the annual Kentucky Derby horse-racing event. There will be drama, there will be betting, and you can rest assured there will be bourbon, but whether you're there to witness the "most exciting two minutes in sports" or just to soak up the hoopla around the ongoing Derby Festival, there's one thing you don't have to gamble with: delicious local food. From the city's signature hot brown and a hip country-ham "bar" to Top Chef contestant Edward Lee's two excellent restaurants—not to mention the requisite drive out in the country to taste bourbon at its source—you'll certainly have more culinary options here than you'll have time. Here's what to eat and drink in Louisville now.

This bourbon, mint, and simple-syrup cocktail is the traditional drink of the race, and nearly 120,000 will be served at Churchill Downs over the two-day period of the Kentucky Oaks and Kentucky Derby (May 1 and 2). But the racetrack isn't your best bet for a real-deal julep, as the bars there mostly pour the Early Times Ready-to-Serve Mint Julep—in other words, a bottled mix. That's not to say it's not tasty or, ahem, effective in the moment, but do yourself a favor and belly up to a traditional bourbon bar for a handmade julep over crushed ice. You can't go wrong at the historic, genteel Old Seelbach Bar—it's a fantastic place to sample bourbon, period. As for Churchill Downs? Try the track's "other" house cocktail, the Oaks Lily, a sweet medley of vodka, cranberry juice, triple sec, sour mix, and a splash of 7-Up—no premade mixes in sight.

You'll want to be hungry (or hungover) for this one: This Louisville icon is an open-faced sandwich of tender turkey, crispy bacon, and tomato, covered in cheesy Mornay sauce and broiled until the bread is toasty and the cheese bubbly. It's easy to find all over town, but the famed Brown Hotel invented this dish back in 1926 and still serves a terrific version of it, dusted in paprika and topped with shredded Parmesan.

Much in the vein of England's Welsh rarebit, this savory state specialty combines cheese with beer and spices in a dip of sorts and serves it, traditionally, with crackers. It's not terribly hard to find in Louisville; brewpubs serve it with pretzels, and even the farmers market has a stand selling the stuff. But one of the best versions is at Eiderdown, a gastropub in Germantown that combines Euro and Southern traditions to delicious effect, where the unbelievably creamy, rich beer cheese comes to the table warm and fondue-like, alongside a thin-sliced baguette from a local cafe. Pair it with a local beer from Eiderdown's excellent list, and you can't go wrong.

This spicy stew combines chunks of various meats and veggies together into comfort-food heaven. Whereas traditionally the dish was made with whatever Kentucky's hunters could get their hands on—venison, squirrel, raccoon, etc.—nowadays beef, chicken, and pork are more commonly used. Burgoo is another Churchill Downs tradition, but you can certainly find it elsewhere around town, particularly in Louisville's barbecue restaurants, like the casual, family-friendly Mark's Feed Store (takeout is pictured).

If you've traveled anywhere in the South, you've probably encountered country ham, likely on a breakfast menu. Lots of it comes from Kentucky, so Louisville is no exception (see, for example, the Proof Benedict at the excellent, seasonally inspired Proof on Main). But it's also where you may encounter country ham like you never have before: in a tasting platter from the local "ham bar" at Garage Bar, a hip restaurant housed in a former garage that hangs legs of ham, Euro style, in one of its corners. The delicate, shaved-off pieces of ham you're presented with may resemble prosciutto or jamón serrano, but it's all sourced from Kentucky, Virginia, and Tennessee—and, dare we say, it's just as good. (While you're there, also try the rolled oysters in cornmeal batter—another Kentucky thing—and a few of its excellent wood-fired pizzas.) Alternatively, hit up Chef Edward Lee's MilkWood, which specializes in Southern-Asian small plates, for another unexpected country-ham spotting: in slurp-worthy ramen with pork belly and shiitake.

Not only is it delicious, but it's also named Derby pie—of course you'll need one of these. Imagine a chocolate-chip cookie crossed with a pecan or walnut pie, with bourbon added for good measure. That's a Derby pie. The name itself is trademarked by its creator, Kern's Kitchen, which still ships out the pies to places like the Brown Hotel (where it's still quite good!). But on other menus, just look for a variation of "chocolate bourbon pecan"—like Homemade Ice Cream and Pie Kitchen's pecan chocolate-chip pie—and you'll get something similar, prepared in-house. And definitely swing by the excellent Comfy Cow ice cream shop to try the flavor called Simply Southern, a mashup of pecan pie, roasted pecans, chocolate chips, and bourbon in what's essentially Derby pie ice cream.

Ever hear of Kentucky Fried Chicken? KFC is headquartered in Louisville, but we're not suggesting you hit up the nearest franchise. You could drive out to Shelbyville (40 minutes) and try the touted fried chicken, complete with 11 herbs and spices, at Claudia Sanders Dinner House—that's the restaurant established by the Colonel and his wife back in 1968—or you could do this: Swing by the drive-through at Indi's Fast Food Restaurant, a local chain; spend a few bucks on some spicy hot chicken; and prepare to be blown away by the crisp, perfectly fried, perfectly spiced tender chicken (served with wedges). Trust us.

The place to try this delicious local sweet is nearly century-old Muth's Candy, a step-back-in-time kind of place in the midst of the revitalized NuLu district on East Market Street, home to the previously mentioned Garage Bar, fabulous coffee shop Please and Thank You, popular Yucatecan restaurant Mayan Café, and cocktail standout Rye. Bourbon balls are little chocolate-dipped balls with soft, sugary centers of bourbon-soaked pecans; they're made with real bourbon (Very Old Barton, in this case) that is not cooked off. Which is to say you'd better like the taste of bourbon in your chocolate. Have you noticed a theme here yet?

This dish isn't specific to Kentucky, but it is a Southern thing-and you can't really beat the atmosphere or price. Just across the street from Churchill Downs is a 1922-established drugstore-cum-diner called Wagner's Pharmacy, historically the place to rub elbows with jockeys, trainers, and the various celebrities who come out for the Derby (yes, you should expect a table wait this time of year). It's just a little greasy spoon serving a basic breakfast and lunch menu till 1 or 2 p.m. daily, but our money's on the generously sized pimiento cheese sandwich, which will fill your belly for an afternoon of revelry for a mere $3.59. 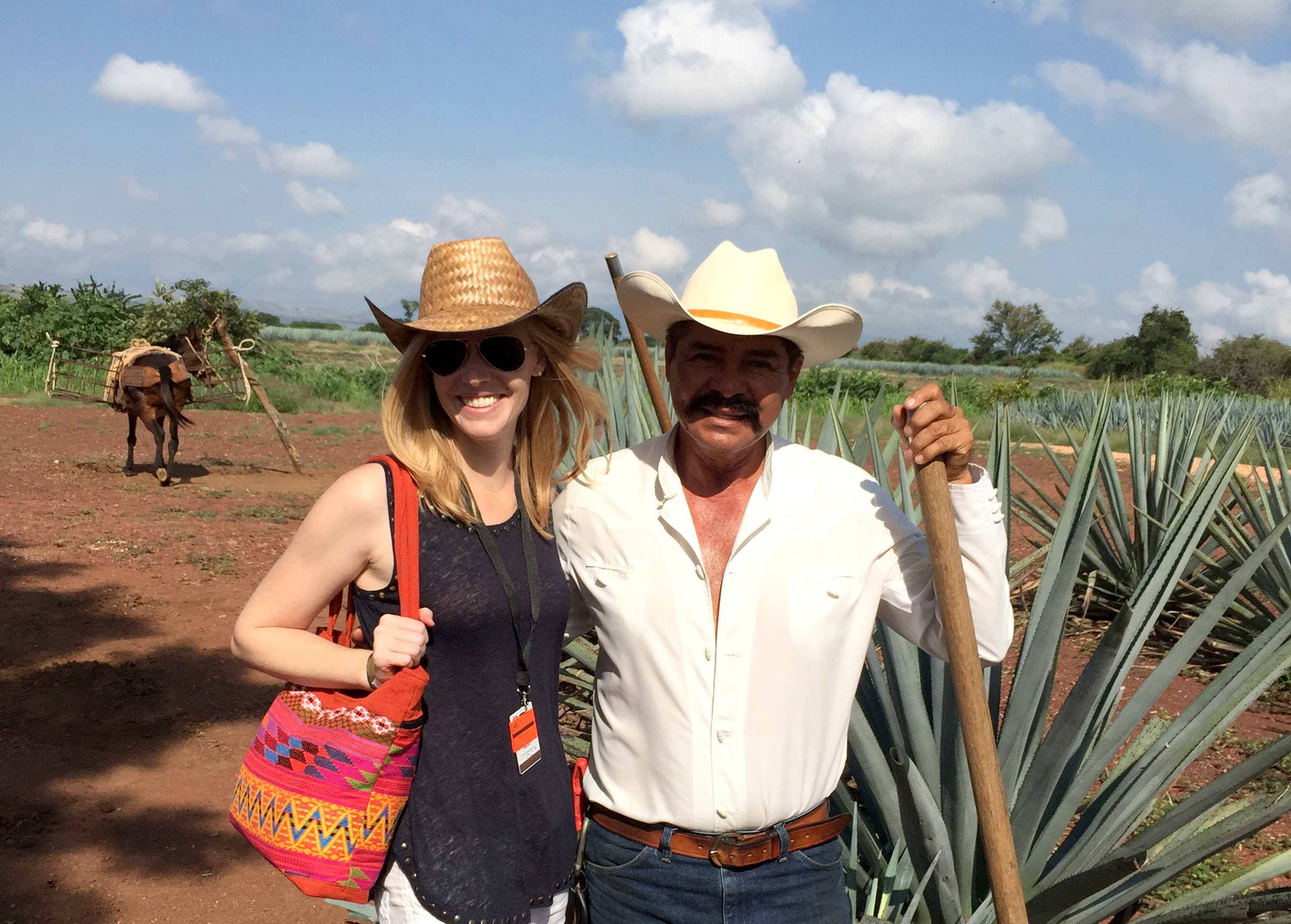 Everything You Always Wanted to Know About Tequila! 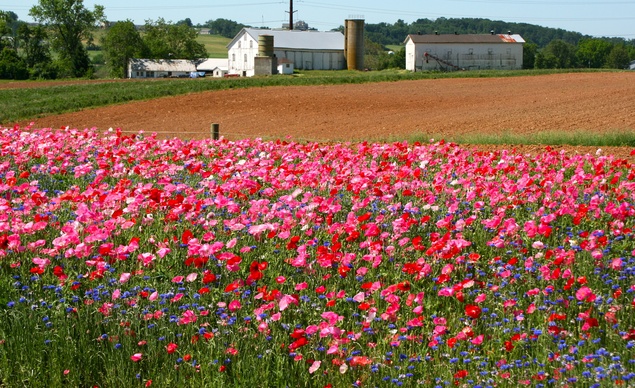 Eloping to Europe or a secluded island with your whole wedding posse is soooo 2014. A new report from Wedding Salon suggests that the definition of a "destination" wedding is broadening—and moving much closer to home, especially for couples who have long guest lists. This could be the year of the "local destination" wedding: ceremonies held at "beautiful resorts just a drive away from home, providing couples with venues for their large weekend weddings," the site says. Think historic country inns rather than beach resorts, though smallish wedding parties often still choose the Caribbean for their "travel destination" vows. (The classics never go out of style.) Wanna hop on the trend? Or just book a long weekend for your second honeymoon? Here are a few luxe local resorts that cater to couples looking to get away for their nuptials—but not that far away. The Inns of Aurora, in Aurora, NY Get married right on Cayuga Lake in New York state's Finger Lakes region at a property that can accommodate up to 200 guests. The property's three buildings are all historic, from an 1833 Federal-style building to a stone mansion—Frette linens to sleep on and decorative antiques to gaze at come standard (from $150 per night, innsofaurora.com). The Inn at Leola Village, in Leola, PA A private wedding "vows garden" and an outdoor pool surrounded by restored farmhouses and a tobacco barn are focal points at this hotel, in Amish country. The property has a wine cellar and two on-site restaurants, plus a spa, and can accommodate up to 250 guests (from $148 per night, theinnatleolavillage.com). Bushkill Inn, in Bushkill, PA Run for the hills and have a wedding with up to 250 guests in the woodlands of the Pocono Mountains. This inn's "Panorama room" has full-length windows with mountain views: Say your vows there or outdoors, and stay in your own cottage with jacuzzi afterward (from $139 per night, bushkillinn.com). 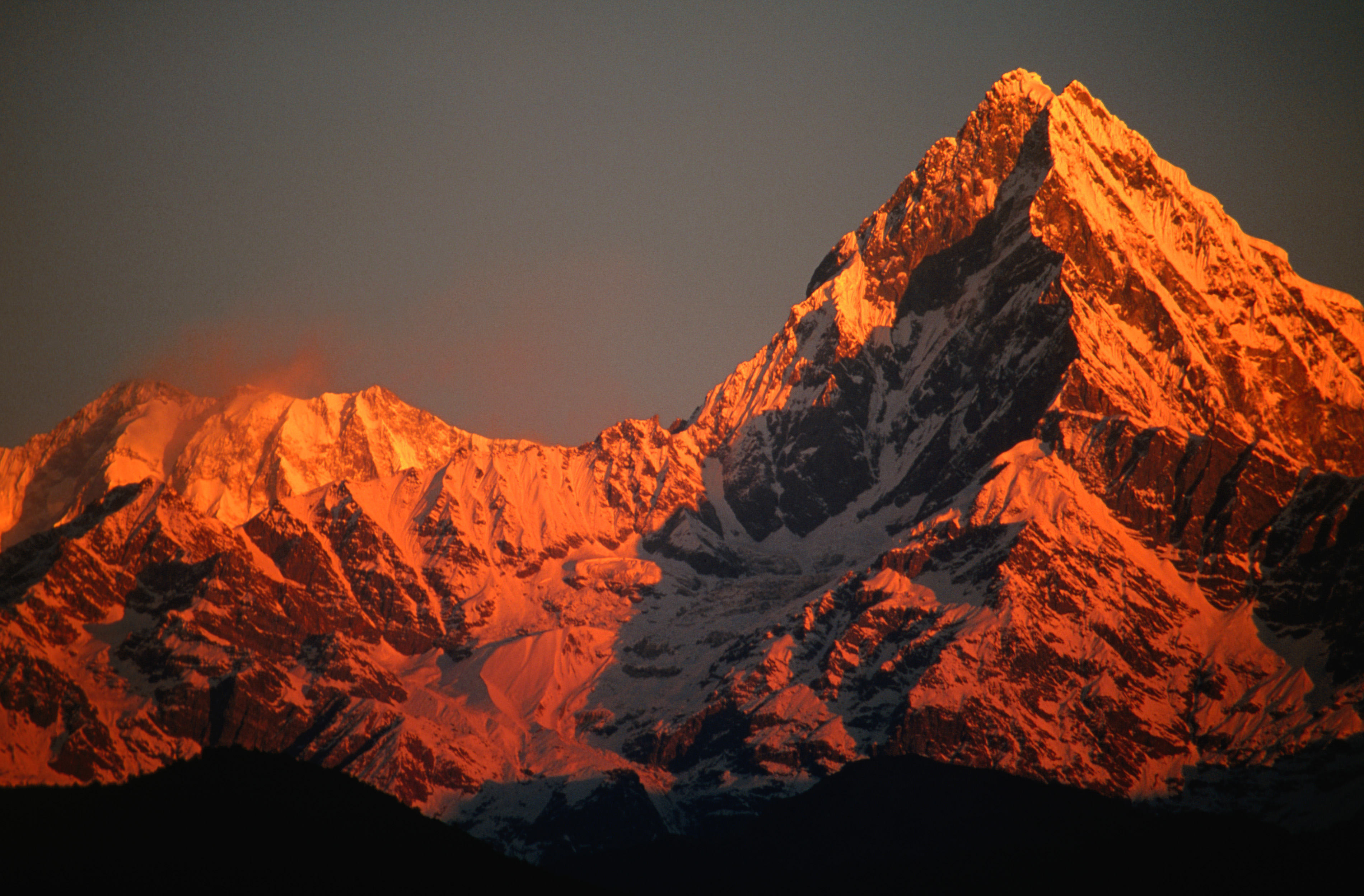 Our Thoughts and Prayers Are With the People of Nepal

Budget Travel extends its sympathies to the people of Nepal in the wake of the devastating earthquake that struck the nation on Saturday April 25 near Kathmandu, killing thousands and injuring thousands more. News agencies are reporting that northern India, Tibet, and Bangladesh were also affected by the magnitude 7.8 quake. Google has set up a People Finder Tool to help in finding those missing in the disaster. While the travel plans of Budget Travel's audience of course take a back seat to the humanitarian crisis in the region, we can't help noting that four of the area's UNESCO World Heritage sites have been seriously damaged by the initial quake and powerful aftershocks. The New York Times provides a moving before-and-after look at some of Nepal's major cultural and historic sites. For Budget Travel readers who want to make donations to help with relief efforts, we urge you to donate to organizations that are well-established with a history of channeling donations directly to relief on the ground, such as Oxfam and CARE, who are working to provide shelter, food, clean water, and sanitation to those affected. (Sadly, emergency relief efforts like this often give rise to fraudulent fundraising schemes online.) 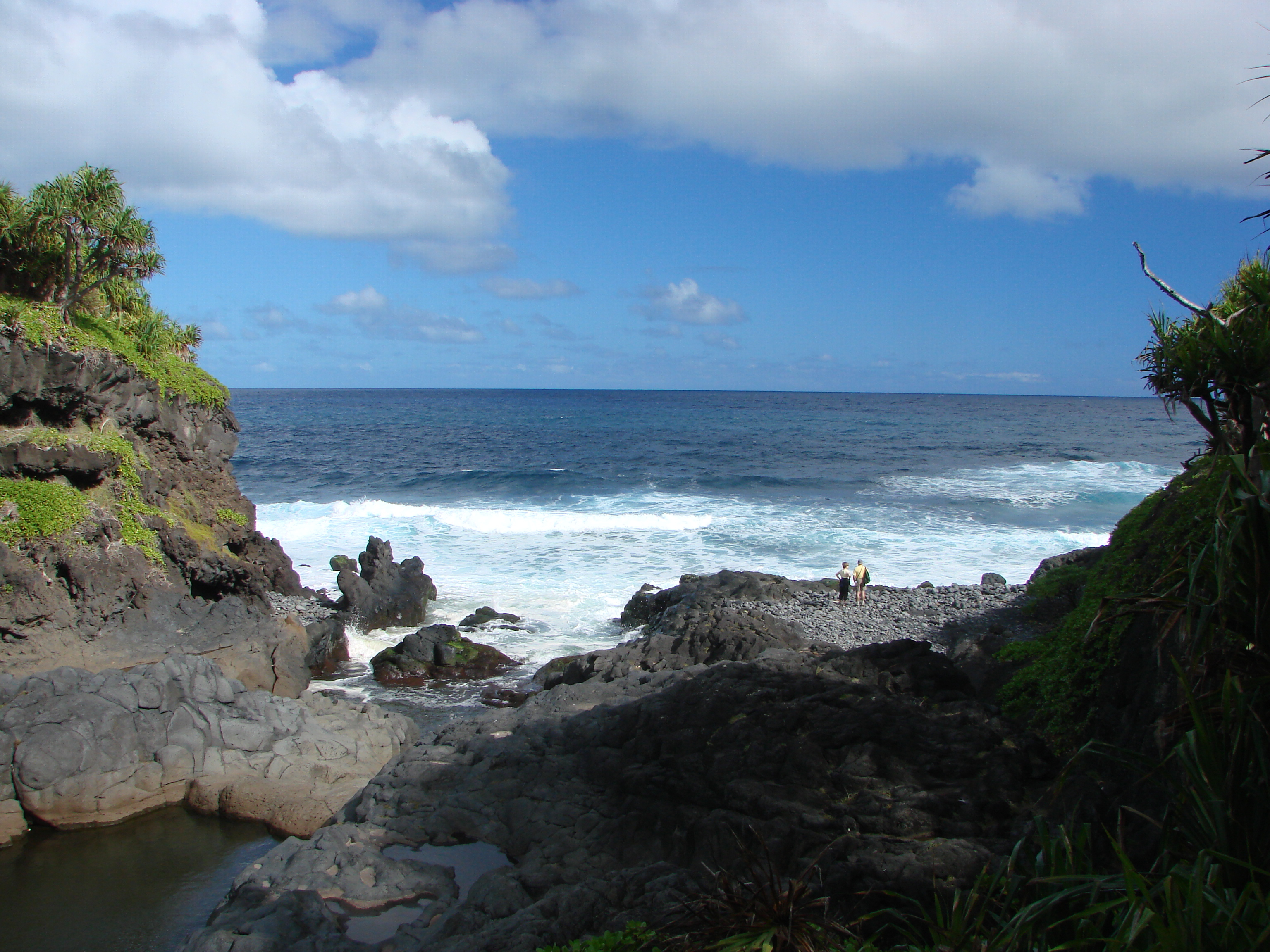 Earth Day Inspiration from Budget Travel on the Weather Channel!

In honor of Earth Day 2015, which fell right in the middle of this week's National Park Week (April 18–26), BT contributing editor Darley Newman was on hand at the Weather Channel to give our picks for some of the U.S.'s most beautiful national parks. Watch the video below! Of course, it's hard for us to play favorites, so check out our gorgeous slideshow of 15 Most Beautiful National Parks in America, and read about a few more parks that we're in awe of—and the stories behind why—at BT Staff Picks: 8 National Parks We Love!