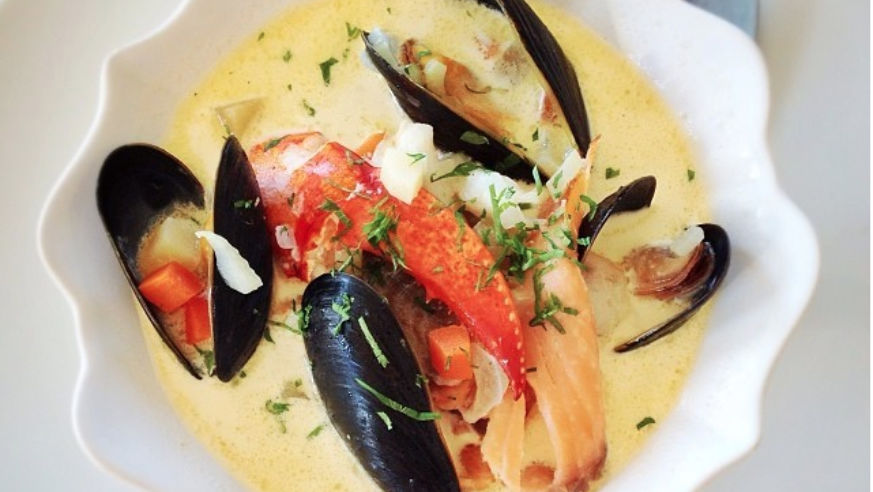 Mmmmm...Chowder Trail. Pardon us as we go all Homer Simpson just thinking about Nova Scotia's 60-plus destinations where you can try fresh, hot Atlantic seafood chowder. Throw the kids in the backseat and drive along the 4,700 miles of the Atlantic Canada province's coastline, sampling soups as you go.

Before you set out on the road, download a 2015 "chowder passport" from Nova Scotia's website (it's valid from May to October of this year), peruse the official Chowder Trail Map, then collect "stamps" as you try each chowder. That's fun all by itself, but you'll also have a chance to win swag like restaurant gift certificates and a seafood knife set.

Here are some unique flavors we came across—each clocking in at about $5 to $10 a bowl—and where in Nova Scotia to get them, plus a sweet deal on a budget-friendly Nova Scotia inn where you'll want to rest up between bellyfuls:

Where to stay: From June 15–Sept. 15, Ye Old Argyler Lodge, an oceanfront B&B in Lower Argyle, will offer a Lobster Culinary Adventure for foodies who like to know exactly where their dinner (and breakfast) comes from. Chef Jonathan Joseph escorts guests to a nearby wharf to select their lobsters, prepared for a lobster supper for two (rooms from $145, lobster package $100, argyler.com).

Hungry yet? Even if you weren't planning to visit the northeast (this year, anyway), you can have a taste of Nova Scotia by following this recipe from Rhubarb Restaurant in Indian Harbour:

Rhubarb Restaurant chef Jon Geneau buys his lobster at Ryer Lobsters, just down the road from Rhubarb. And the root vegetables aren't far away either.

1. In a large pot, combine water and salt and bring to a boil. Cook lobster for 12 minutes. With tongs, remove the lobster and let cool enough to handle. Strain cooking liquid into bowl, setting aside 3 cups. Discarding the shells, remove lobster meat and break into bite-sized pieces. Set aside.

2. Under cold running water, scrub (and debeard if necessary) mussels, discarding any that are damaged or do not close when lightly tapped. Set aside.

3. In large saucepan over medium heat, melt butter; sauté onion until translucent, about 5 minutes. Do not let brown. Stir in carrot and celery; cook, stirring often, for 5 minutes. Stir in potato, turnip, and parsnip and reserved cooking liquid. Simmer until vegetables are tender.

4. Gently stir in salmon, haddock, lobster, and mussels. Cover and simmer until mussels have opened and fish flakes easily with a fork, about 5–6 minutes. Remove and discard any unopened mussels. Gently stir in cream and lemon juice. Cook until heated. Season to taste with salt and pepper. Sprinkle each serving with parsley.