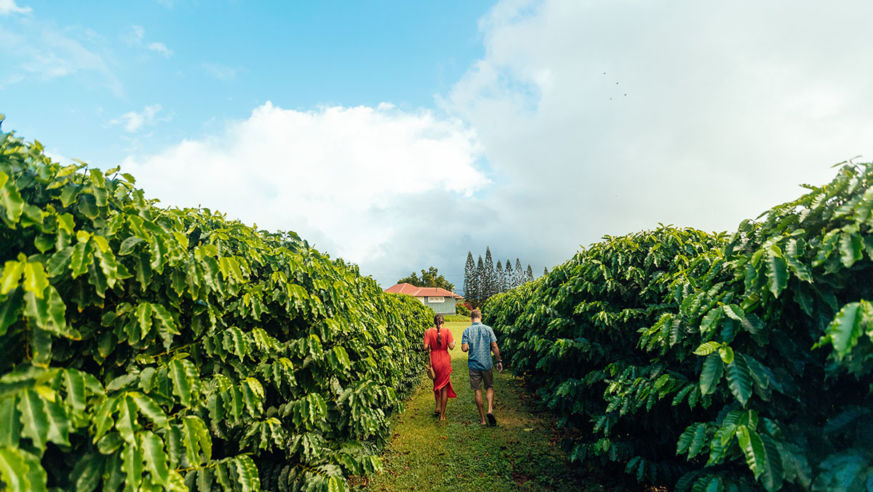 Hawaii is unlike anywhere else in the USA.

For most people on the mainland, a trip to Hawaii feels like an international escape. The environment is different, the scenery is nothing like anywhere else in the states, and the culture is unique. So even though it’s a part of the union, it’s not quite like any other place you know. Speaking of things you know, here are seven interesting facts about Hawaii that you probably didn’t.

Before traveling to Hawaii, this is one of the most important things to know. Natural elements like plants, animals, stones, and flowers carry spiritual significance in Hawaiian culture and beliefs and require respect. Leaving no trace comes from the idea that people are guests and should not disturb the land. This includes cultural sites like volcanos and temples. Do not take stones and do not touch the wildlife. Touching endangered wildlife is not only extremely disrespectful it’s also illegal. So if you come across a Hawaiian sea turtle basking in the sun, steer clear.

2. Hawaii is the only state with a royal palace

The Hawaiian Monarchy formed in 1810 when King Kamehameha united all of the islands under one rule. The kingdom only lasted 80 years when American businesspeople and sugar farmers plotted a coup against Queen Liliuokalani in 1893. The entire kingdom dissolved over the next few years as it became a US territory and eventually the 50th state in the union. Liliuokalani was kept in Iolani Palace under house arrest after attempts to resurrect the Monarch. Iolani Palace, located on Oahu, is the only official palace in the United States that belonged to a royal family. The first two floors are available to tour. The interesting and unique history of the Kingdom provides insight into the darker colonial story in Hawaii. The rules of succession in the Hawaiian Kingdom were quite progressive. The monarch recognized any children and adopted children of the ruling families could be eligible rulers. Centuries later, many Hawaiians could be considered eligible successors.

3. Hawaii is the only state to grow coffee and chocolate commercially

It’s the only state that falls within “the coffee belt,” where the warm temperature makes it suitable to grow. A Spaniard colonist planted the first coffee plant in 1817 that failed to take but inspired the Hawaiian Monarchy to pursue it again in 1825. Over the next 50 years, experimental coffee growers explored the different islands, finding Kona the most promising. Kona’s rich volcanic soil nourished the plants, so they thrived in the valley sheltered by volcanoes. While coffee production remained steady, it barely compared to the number of colonial sugar plantations. Over the years, Kona coffee continued to grow, drawing more and more attention for its unique flavor. The secret, they say, is love. Everything made in Hawaii must be done with Aloha.

Tourists may be surprised by the number of chickens just walking around random parts of the islands (especially Kaui), but locals aren't. In fact, it's kind of a sore subject. The local legend has it that 1992 Hurricane Iniki destroyed much of Kaui's farmland including crops... and chicken coups. The chickens escaped into the wild and no one was able to tell who's chickens belonged to who. Some speculated that the domestic chickens used for farming started breeding with the jungle fowl brought to Hawaii a thousand years ago. National Geographic proved both correct. Their genetic testing showed how the wild chicken population grew so much. It's definitely a shock to walk around market streets and just see chickens, but when you're interacting with locals, it's better to keep your surprise amongst yourselves. It's not a particularly pleasant topic and they hear about it a lot.

5. It has its own language: Pidgin

Hawaii is the only state to have two official languages. English and Hawaiian are both recognized but don’t be surprised to hear a third, informal language called Pidgin. Though the language can sound foreign, it comes from the communication between Hawaiians, plantation owners, and international laborers. It’s a mix of English, Hawaiian, Chinese, Japanese, Filipino, and Portuguese words. You’ll see Pidgin the most among signage and hearing local slang. For example, “We Stay Close” is Pidgin for “Closed.” Any traveler knows that learning local languages can enhance your trip. In Hawaii, learn Pidgin. It’s a culmination of mixing words, cutting words out, or saying things in a different pretense.

6. There are roughly ten million visitors a year

When a state’s population is less than 1.5 million people, bringing in 10 million visitors like they did in 2019 is impressive. In 2019, the islands could expect over 200,000 tourists walking around on any given day. Visitor spending was over 17 billion dollars in 2019 and supported 200,000 jobs. While tourism in Hawaii remains down by 60% since COVID, the Hawaiian Tourism Authority last month noted a 1.1% increase in visitors compared to March 2020. The first increase in a year. They also report bringing in some international travelers, including Japan and Canada, but it still doesn’t compare to the millions in past years. Despite the obvious importance of travel for Hawaii’s economy, the disparity between locals and tourists can strain the culture and environment. Hawaiian tourism is hoping to use insights gained by COVID and the ability to control how they open up travel to set more intentional tourist practices.

7. Hawaii has 14 different climates to explore

In fact, they have ten of the world’s 14 climates across the islands. Eight of them exist on the Big Island. The Koppen Climate Classification System, the most accepted method by climatologists, helps categorize the world’s climate zones. It’s kind of crazy to think that so many can be found on an island that is only 4,000 square miles. Many of the ten zones found in Hawaii are tropical climates, including Tropical Continuous Wet Zone, Tropical Monsoon Zone (which is actually quite rare), Tropical Winter-Dry Zone, and Tropical Summer-Dry Zone. Some of the more unusual climate zones in Hawaii are the Periglacial Climate Zone and Desert Climate Zones. The first one describes the summits of Mauna Kea and Mauna Loa. The temperatures reach below freezing, with a treeless, tundra-like landscape. Some areas near certain beaches qualify as desert zones with hot, year-round temperatures and less than ten inches of rainfall.

8. You can send coconuts in the mail

Let me repeat. You can MAIL coconuts.  While you can mail them from any post office in Hawaii, a few things need to be noted. You can’t mail a coconut you find on the side of the road or in a supermarket because that interferes with agriculture inspections. Don’t worry, several shops around the island will sell decorated coconuts that are ready to mail. In theory, you can send it anywhere in the US, but Postmasters in Hawaii are more familiar with coconut mail than your average USPS.