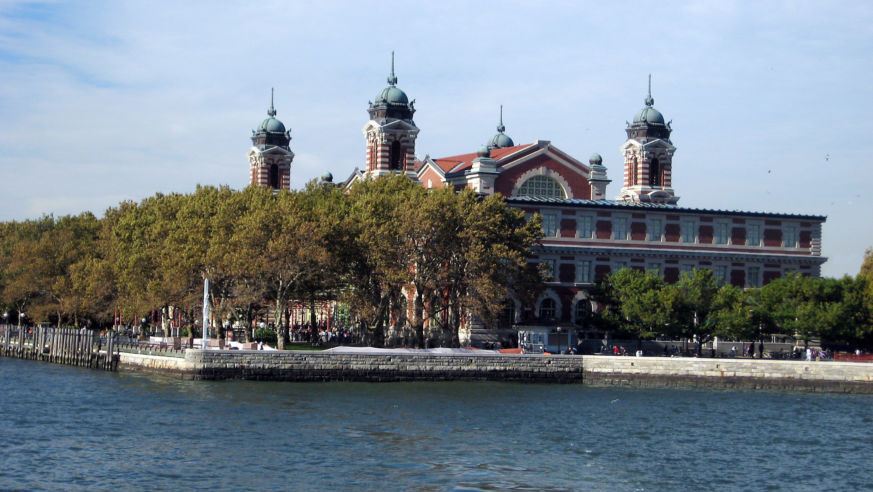 Ellis Island, dealt a damaging blow by Superstorm Sandy a year ago, is once again welcoming visitors from around the globe!

When I write about Ellis Island, it's a little personal.

Okay, it's a lot personal. If my great-grandfather Angelo Cappiello hadn't left his little village in Italy more than a century ago and passed through the "Island of Hope, Island of Tears," I wouldn't be here. He was one of the 12 million immigrants who were processed at Ellis Island from 1892 to 1924. He (and I) got lucky—my great-grandfather gained entry into the U.S. while many others were sent back home.

One year ago, Ellis Island was not nearly so fortunate. The National Park Service site, which debuted as a museum in 1990, was dealt a tremendous blow by Superstorm Sandy, whose storm surge caused serious flooding and extensive damage to electrical systems and other infrastructure. While some areas remain closed to the public, we're really psyched that the island is once again welcoming visitors from around the globe.

READ ABOUT OTHER DESTINATIONS THAT SURVIVED SANDY

A visit to Ellis Island—which is part of the Statue of Liberty National Monument—begins at either lower Manhattan's Battery Park or in Jersey City's Liberty State Park, where Statue Cruises operates ferry service to both Liberty and Ellis islands (statuecruises.com, $17 adults, $14 seniors, $9 children 12 and under, free for children under 4).

An audio tour of the island is included in the ferry/admission price (which also includes a stop at Liberty Island). The Great Hall of the island's Beaux-Arts main building is open, giving you the chance to see where long lines of hopeful immigrants once stood, and to savor Spanish architect Rafael Guastavino Moreno's stunning ceiling, featuring interlocking terra cotta tiles. While some exhibits, such as "The Peopling of America 1550-1890," are now reopened, others, such as "Peak Immigration Years," remain closed.

On a sunny day, even in late fall or winter, the ferry ride alone is a beautiful way to experience the vast, deep harbor that helped make New York City and its neighboring communities in New Jersey one of the world's most valuable ports. And whether or not you have an Ellis Island immigrant in your family, I heartily recommend the somewhat geeky—and slightly sentimental—recitation of Emma Lazarus's famous poem "The New Colossus" as your ferry approaches Ellis Island and the Statue of Liberty: Keep, ancient lands, your storied pomp! cries she with silent lips. Give me your tired, your poor...