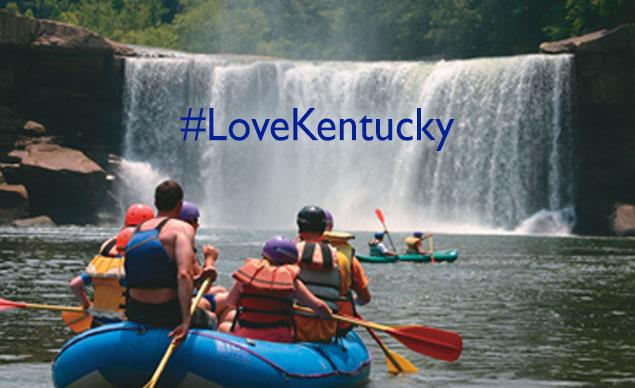 From the incredible Mammoth Cave National Park and amazing rafting, kayaking, and waterfalls to the world-class food and culture in cities like Louisville and Lexington, it’s no secret that Budget Travelers love visiting Kentucky. Now, we’re giving you the opportunity to share what you love most about the Bluegrass State for a chance to be featured on BudgetTravel.com as our contributing Kentucky “Local Guide.”

Tell us and SHOW us (with your fave photos) why you #LoveKentucky and BT editors will narrow down the field and put the top entries to an online vote to pick our contributing Kentucky “Local Guide.”

There are four ways to enter, and we encourage multiple posts (since there are so many things to love about Kentucky, of course):

* Or click right HERE to tell us in 140 words (and upload a photo if you choose).

Best of luck to all! 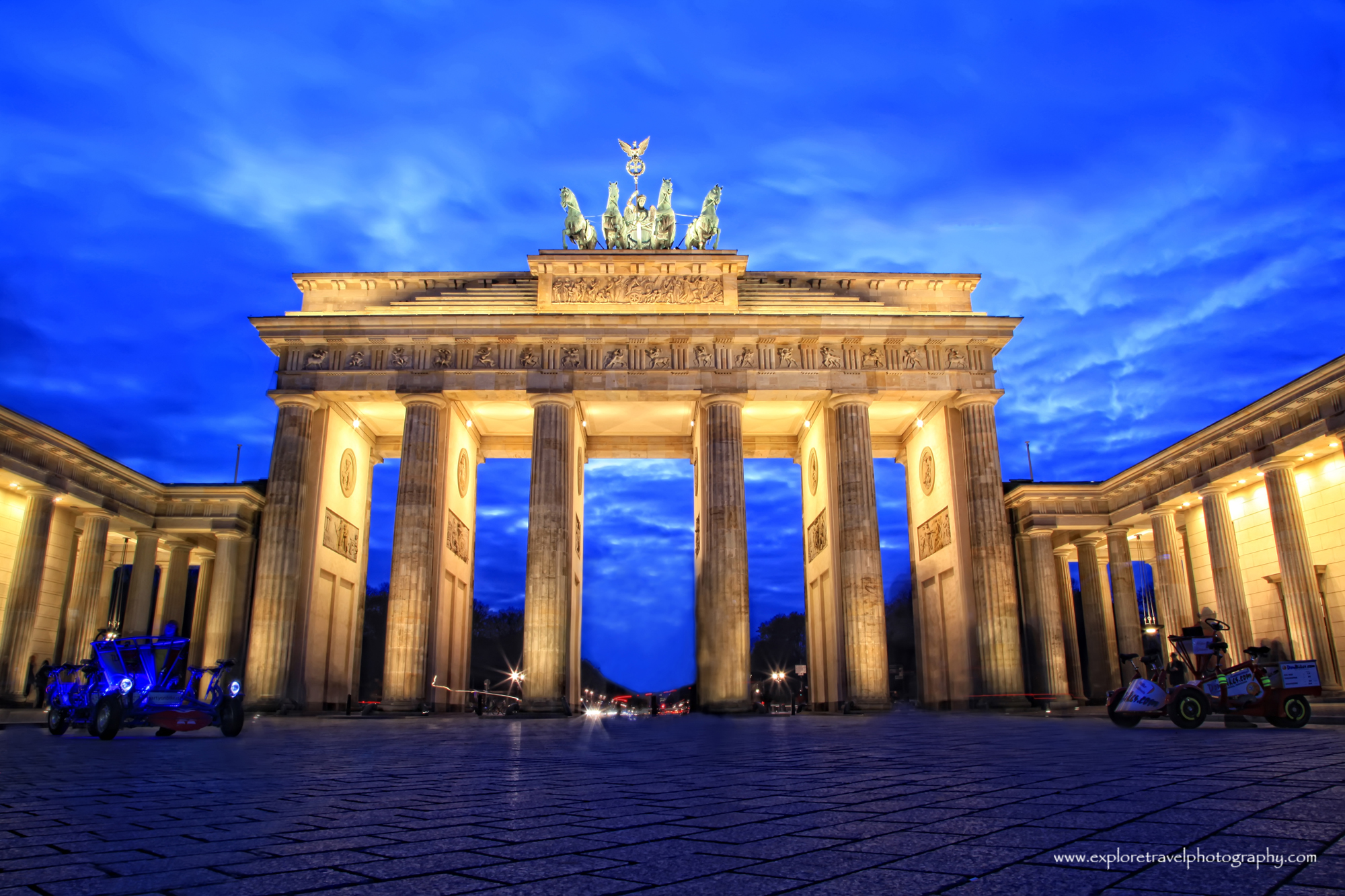 Mark your calendars: We're hosting our next #BT_Chat Monday, April 11, at 1 p.m. EDT all about European travel, and we want you to join us! The chat is sponsored by Contiki (@ContikiUSA), and we'll be joined by a multitude of participants who have an insider's perspective on travel to Europe. Here are three easy steps for following along and chiming in with our #BT_Chat. 1. Get Your Tweet On Log in to your Twitter account (or create one here) shortly before the chat starts at 1 p.m. 2. Join the #BT_Chat First, follow @BudgetTravel on Twitter. Then, in a separate tab or window, search for the hashtag #BT_Chat and click on "All" at the top of the page so you can see the questions and other people's answers as they come in. Depending on how chatty you are and how many people are responding to your answers, you may want to open a third tab or window to help keep track of notifications. 3. Chime In! Feel free to re-tweet our questions out to your own followers so they can participate, too! The most important thing is to add #BT_Chat to your answers so the rest of us can see them. Take this as a fun, informal opportunity to chat with other people who care about travel as much as you do. Use the questions we ask as a jumping off point for conversation and to make new friends over the Twittersphere, and above all, have fun! 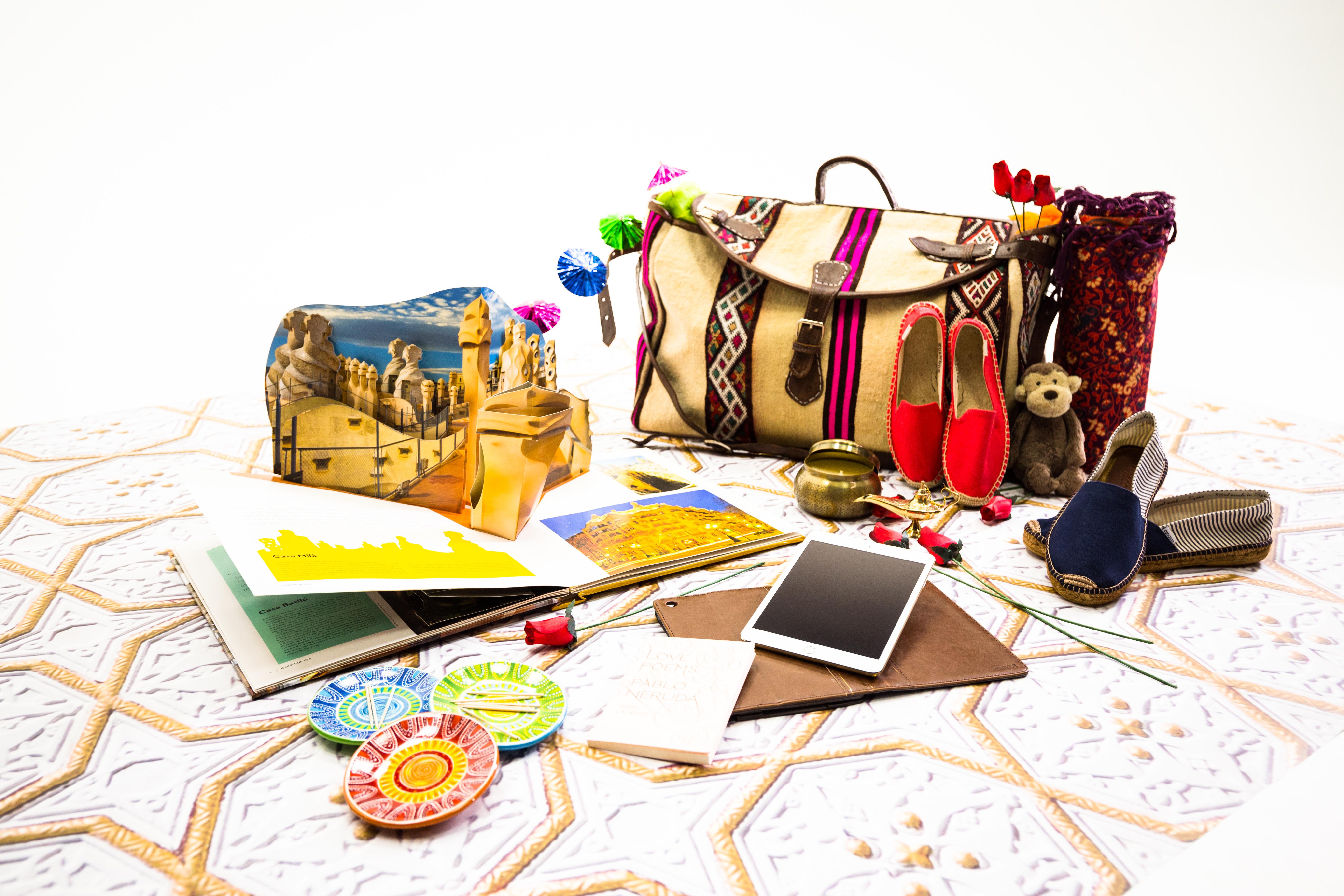 Ready to explore Italy? Or Spain? Or maybe take a grand tour that takes you through several European capitals? Of course you are! So we’re psyched to share a contest that could make it happen: Contiki, the travel company for 18-to-35-year-olds, is offering a chance for travelers in that age range to win a FREE European vacation via its #BagTagContest. Visit Contiki.com/bagtag by April 27 to enter: You’ll watch up to six fun videos that each show the contents of a travel bag packed for a Contiki European vacation. Correctly guess which vacation a particular bag is packed for (that’s where the “bag tag” name comes from), and you’ll be entered for a chance to win that trip. Contiki will be announcing hints and clues on their site. One lucky winner will receive a free trip and more, and win or lose you'll likely be inspired to explore each and every trip on the list. To learn more about affordable vacations for travelers ages 18 to 35 in Europe and beyond (Contiki offers more than 270 of them), follow @BudgetTravel and @Contiki on Twitter and  join our #BT_Chat next Monday, April 11, at 1pm EDT, co-sponsored by Contiki. 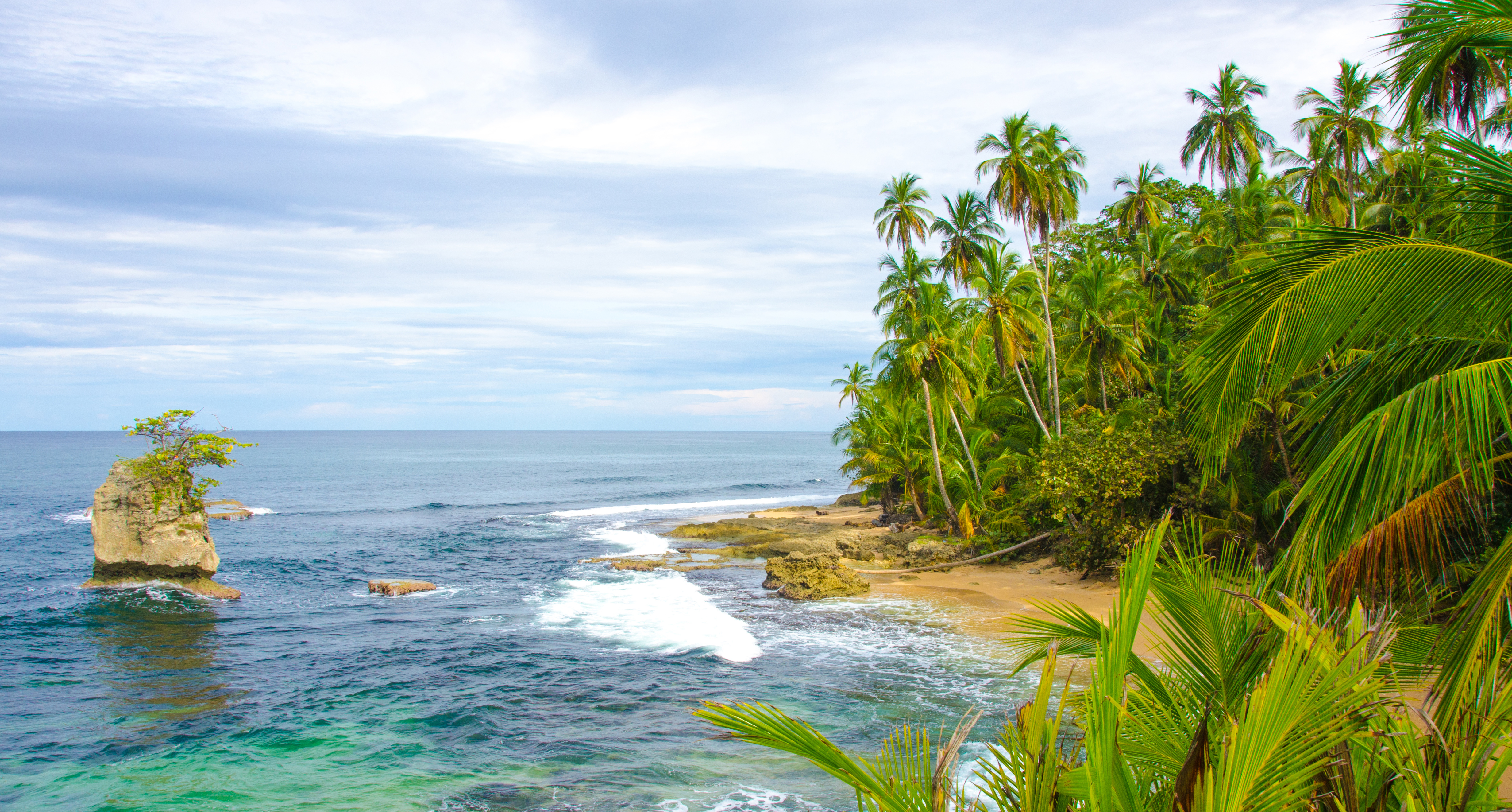 Everyone knows that procrastination typically doesn’t pay off. But it does if you’re still looking to book a spring break vacation this year. Down to the wire and still hunting for a bargain? Check out these destinations first! For spring break, they have some of the lowest average hotel rates, according to new data from Priceline.com, whether you want to hit the beach, ski some fresh powder, or take advantage of sunny outdoor activities. SUN • Phoenix, AZ ($127.14) • Charleston, SC ($131.89) • Austin, TX ($135.70) • Nashville, TN ($138.68) • Palm Springs, CA ($143.08) SAND • Myrtle Beach, SC ($69.48) • Jacksonville, FL ($105.87) • Costa Rica ($106.61) • Daytona Beach, FL ($137.09) • Long Beach, CA ($146.01) SNOW • Salt Lake City, UT ($96.68) • Toronto, ON ($98.49) • St. Paul, MN ($111.01) • Chicago, IL ($113.33) • Denver, CO ($136.46) And we have even more intel on how to save big: The new way to find deals is bypassing your computer and relying solely on your mobile device. Priceline.com travel analyst Brian Ek says some of the site’s best deals on hotels, flights, and car rentals are available exclusively through its app, particularly for last-minute bookers. (If you don't have the app, download it here for iPhone/iPad and here for Android.) “For example, exclusive to the Priceline.com app are Tonight-Only deals,” Ek says. “Priceline.com adds hotel deals at up to 40 percent off daily at 11 a.m. that are available for same-day check in. When in the app, simply tap on the filter button and sort by ‘deals’ to bring all Tonight-Only deals up to the top of your search. You can book your stay up to four nights at the discounted rate.” To maximize savings, Ek recommends bundling your hotel and flight together. However, the strategy to saving on hotels is the opposite of nabbing cheap airfare. While flights are cheaper more than 21 days in advance and rates typically increase as the travel day gets closer, hotels are the opposite, with rates dropping as check-in day approaches. Ek explains: “Booking more last-minute can score you extra savings since at the end of the day, many hotels have unsold rooms, and to offer those rooms up at a discount benefits both the hotel and the consumer.” Procrastination has never felt so good! 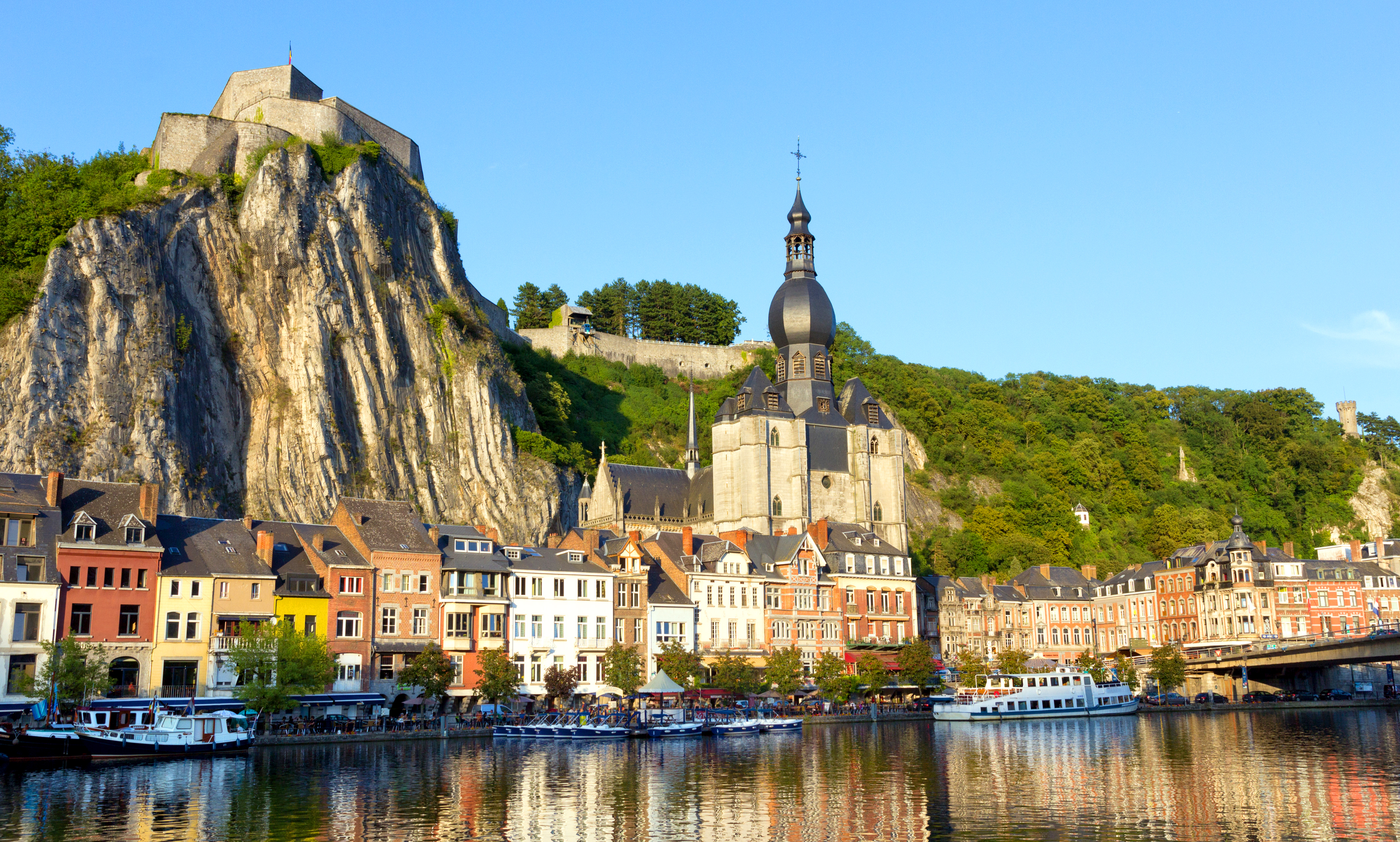