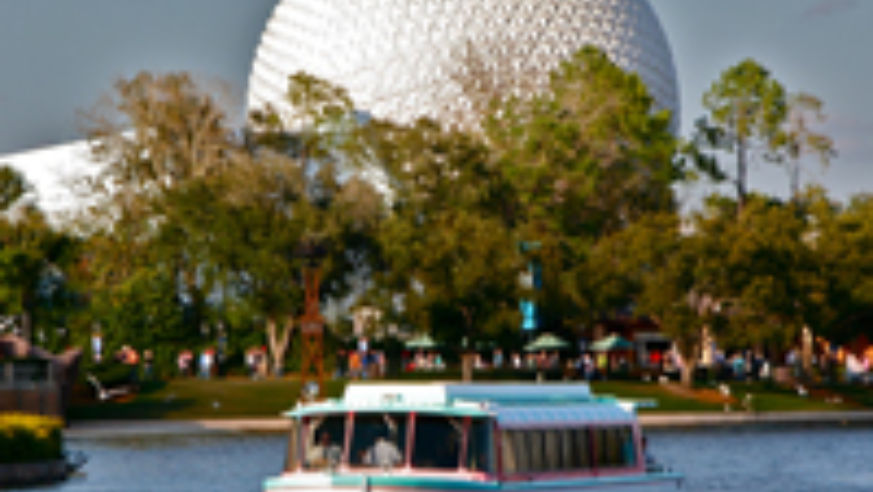 When I first visited Walt Disney World’s Epcot, I felt as if I’d been there before.

A little background: One of my earliest memories is of trooping among the colorful pavilions of the 1964 New York World’s Fair as a toddler. Sure, my recall is selective and hazy, but the exhibits dedicated to the nations of the world obviously made a huge impression on my budding consciousness. I remember seeing life–size models of dinosaurs, the debut of the “It’s a Small World” ride (I especially loved riding in a little boat that glided down pretend canals), and, in a feat that would prove logistically impossible these days, Michelangelo’s Pieta—shipped over from the Vatican to Queens for the occasion.

Years later, as a (very) young adult, I made my first trip to Epcot, which was then only a few years old and known as EPCOT Center (an acronym for “Experimental Prototype Community of Tomorrow”). I had a great day combining some light education with serious multi–cultural eating and an overall upbeat environment. I remember one moment in particular, as my fake boat meandered down a fake river that passed through, if I’m not mistaken, a very real Latin American restaurant, saying aloud, “Hey! This place is just like the Worlds Fair!”

But Walt Disney’s original vision for Epcot was as a real community, with about 20,000 residents. Reality slowed progress on that dream and in the end the place opened after Disney’s death, striking a balance between exhibits focused on the future and those focused on the cultures of different countries. (Disney lore has it that two teams of Imagineers came up with competing plans and ended up merging them into one design.)

This week, visitors to Walt Disney World can have a little brush with history. October 1 is the 30th anniversary of the opening of Epcot, and true to the park’s educational mission, plans for the celebration included a blend of futuristic speculation and international culture, including talks scheduled for Monday afternoon about “Designing the Future—Past and Present” and “Epcot: How It Changed the World,” with well–known Imagineer Marty Sklar. Appearances by musical artists the Voices of Libery and Mariachi Cobre were also planned, along with an extended “IllumiNations” show on Monday evening.

What are your memories of Epcot? Were you there for its opening back in 1982? Are you there now for the anniversary? We’d love to hear your impressions—and see your pictures!

6 Simple Questions That Will Save You Money on Vacation

Top 10 Most Visited Cities in the World