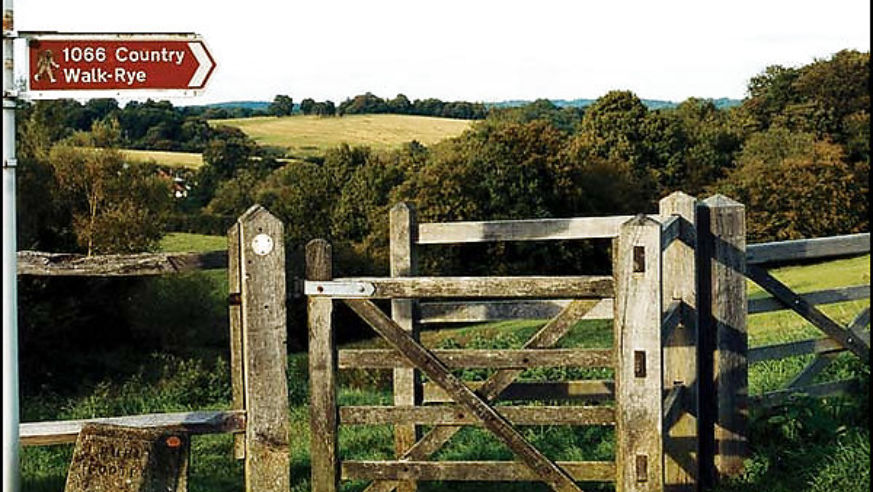 When you're in a European city and all the museums and shops are beginning to blur together, there's only one thing to do: Head to the train station.

Europe's train systems make it possible to reclaim a sense of adventure--and still be back in time for dinner.

LONDON TO BATTLE
An afternoon of cream tea and William the Conqueror: Battle is the hilltop market town deep in the English countryside where, in 1066, William the Conqueror defeated the Anglo-Saxon King Harold in the Battle of Hastings, setting the course of modern British history. Battle Abbey was built right on the battlefield. A visitors center with a museum and theater opened in February, but the best way to experience Battle is through one of the evocative audio tours that lead visitors first through a small exhibit explaining the reasons for the battle and then around the grounds. Take the longer version, which wends a circuit around the hill, past meadows and a small lake covered in rushes and yellow water lilies. The tour of the battlefield, abbey ruins, and museums requires about two hours. In the gift shop, pick up the Official Guide to Battle, which contains information on the Battle Town Trail, a self-guided tour of the historic buildings and spots on the High Street. For lunch, skip the Pilgrim's Rest (in a 1420 half-timbered building) and other restaurants near the Abbey gates, and walk up the High Street to Mount Street and turn right. The King's Head is a 15th-century pub with a large fireplace and nonsmoking dining room; the fish and chips is scrumptious. Or have cream tea (tea, cream, scones, butter, and a pot of jam) at The Bayeux Cottage, a tearoom across the street. After lunch, continue exploring the Town Trail and stop in at the Battle Museum of Local History on the grounds of the Almonry, which dates to the 11th century. The museum's collection of locally found artifacts includes an iron military ax from the Battle of Hastings. Return down the High Street and, if there's time, spend a few minutes in Yesterday's World. It's an interactive museum containing 100,000 artifacts from 1870 to 1970; the effect is a sort of time-traveler's journey through British history. Queen Victoria herself seems to narrate.

Return-trip snack
A Cornish pasty stuffed with minced meat and vegetables ($3) from Martel's of Battle.

Train info
80 minutes each way. Round-trip ticket: $49. National Rail sells an all-in-one ticket for Battle Abbey, which includes round-trip trains and admission to the ruins, for $49. (Trains on their own cost $41.) You must depart after 9:30 A.M. and come back at any time the same day. From London Charing Cross station, the Southeastern to Hastings leaves at 9:45 A.M. (9:40 on Sundays), arriving in Battle at a few minutes past 11:00. Signs to the abbey are posted outside of the station--it's about a 10-minute walk. Trains return to London every half hour until 7 P.M., at which point they begin running hourly. Purchase the all-in-one ticket from an agent at the station; ask for the Battle Abbey ticket. Schedules at nationalrail.co.uk.