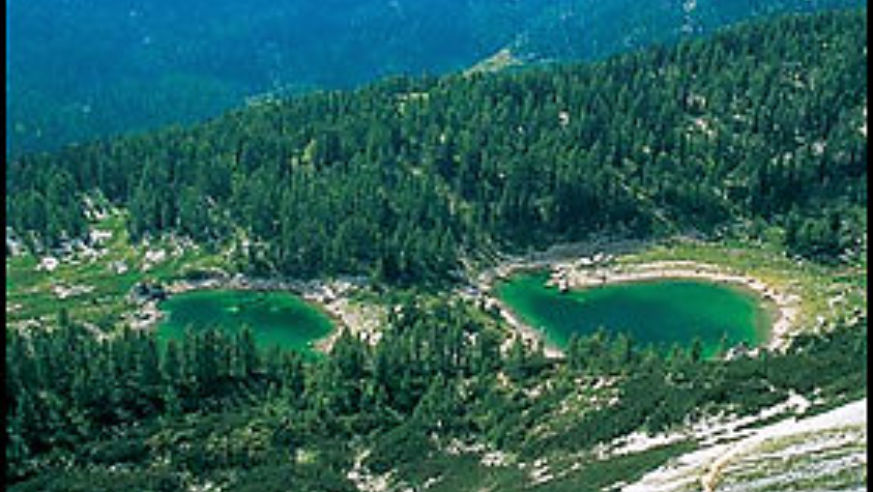 The "next great places"? We asked the people who explore for a living--for companies such as Starbucks, W Hotels, Trader Joe's, and Lonely Planet. Get ready for a serious case of wanderlust (not to mention job envy).

Kermit Lynch, a wine merchant, travels France's back roads looking to add to the more than 100 producers sold at his Berkeley, Calif., shop. "I follow my nose," he says matter-of-factly.

One wine hunt 25 years ago brought him to Calvi, on Corsica's northwestern coast. "There are many empty beaches," he says. "Because the coastline is so mountainous and rocky, cars can't reach them. I love renting a boat with a crew from Calvi and boating along the coast between St. Florent and Calvi." They drop anchor at one of the beaches and swim. "Only the occasional boater passes by," he says.

Lynch returns to Corsica once or twice a year. He splurges for the views at Hotel La Villa, and dines at Auberge du Coucou. "It's a family-run restaurant about four miles outside Calvi--very relaxed, casual, and spacious," he says. "Fifteen different tapas arrive after you're seated, and then you choose from about four main courses. And they have a really great wine list with tons of Corsican producers." Hotel La Villa: 011-33/4-95-65-10-10, hotel-lavilla.com, from $253. Auberge du Coucou: Route de Calenzana, 011-33/4-95-62-77-00, prix fixe dinner $33.

Michael and Andrika Brown are on the road at least half the year for their company, Streetwise Maps. True gearheads, the Browns are fans of the French village of Lohéac, southwest of Rennes. "It's a mecca of motor madness," raves Andrika. "Michael and I are avid kart racers and car enthusiasts, and there are racing schools, Rally Cross, 4x4 racing, and a kart track where they hold major regional and national championship races each year." This year's championship is September 2 and 3.

"The highlight for us is Le Manoir de l'Automobile," says Andrika. The museum houses the collection of Michel Hommell, a media mogul. "There are more than 400 cars on display. Exploring it can be a religious experience." Indeed, the museum even has a chapel devoted to motors.

Waves of conquerors--from Phoenicians to Normans, and everyone in between--have left their marks on Erice, a fortified hilltop town overlooking Sicily's Trapani valley. "In some places, you can see the corner of a Roman wall, and then the modern city on top of it," says Andrew Appleyard, international sales manager of Exodus, a U.K.-based tour company. Appleyard, who started out as an archaeologist with Harvard's Semitic Museum and Earthwatch, found his background came in handy. "People are reusing Greek pillars as part of their own houses," he says.

On Sicily's northwest tip, just over an hour from Palermo, Erice has spectacular views of the coastline, the Egadi Islands, and, on a clear day, Tunisia. Donkeys wander on medieval streets that wind down to the 14th-century Chiesa Matrice and the Balio Gardens. Vineyards dot the landscape. "You can cycle right up and do tastings," says Appleyard (he was in Erice scouting locations for biking trips).

Enormous mounds of salt, covered by terra-cotta tiles, and Dutch-style windmills, once used to grind salt and pump water out of the salt pans, line the main road about 30 minutes southwest of town. The salt finds its way into local favorites like couscous with fish sauce, available at the cozy Hotel Moderno, which has 40 rooms, a rooftop terrace, and 19th-century touches. Appleyard raves about the food in Erice as "some of the best I've eaten anywhere in the Mediterranean." Hotel Moderno: 011-39/092-386-9300, hotelmodernoerice.it, from $121.

Cris Miller has worked in adventure travel for more than 25 years. For 12 years she ran her own tour company, then she spent a year traveling, co-managed a travel bookstore in Seattle (where she went so far as to lead patrons on trips), and eventually came aboard at REI Adventures, working as an Adventure Travel Program Supervisor. She creates itineraries and hires local tour operators for about 30 trips, most of which are international.

A recent discovery is the Julian Alps in Slovenia: "Hiking there is a much more lonesome experience than hiking the Alps in other countries," says Miller. Triglav National Park encompasses nearly the entire Julian Alp range, preserving the 324-square-mile landscape of jagged peaks, sparkling lakes, traditional huts, and views of the Gulf of Trieste. The huts come with a full dinner, as well as beer and bedding. Bohinj Tourist Association: 011-386/4-572-3370, bohinj.si, huts from $16.

There's not a whole lot to do in the Spanish town of Algamitas. The slow pace and overall sense of timelessness have earned it and nearby Villanueva de San Juan the moniker "the forgotten villages." "You see maybe three cars in a day," says Francesco Guerrieri, a marketing executive at Exodus who visited in May.

The draw is Cortijo Rosario, a farmhouse owned by Anne and Bill Brett, a British couple. It has two studio apartments (each with a small terrace and kitchen) and eight rooms. Fruit trees, cacti, and bougainvilleas bloom around the pool. "You really feel at home," says Guerrieri. The food helps: The cook makes traditional Andalucian food entirely with local produce.

Guerrieri reminisces about dining on the terrace, walking through fields of wheat and sunflowers, and exploring the Moorish-influenced cities of Seville, Córdoba, and Cádiz, each two hours away. Dramatic peaks, gorges, and caves fill Sierra de Grazalema Natural Park, just beyond the town of Grazalema, one of the area's pueblos blancos, known for quaint whitewashed houses. Cortijo Rosario: 011-34/955-957-351, cortijo-rosario.com; apartments start at $44 (three-night minimum). Rooms must be booked through Exodus, whose all-inclusive packages start at $850 (plus a local payment of $250). The Málaga airport is just over an hour away.

Unlike its neighbors on the southwest Turquoise Coast, Kas has no beach, and Daniel Jackson, sales manager for Exodus, believes this has staved off the "mainstream holiday makers" that gang up on nearby resorts.

Pronounced cash, Kas makes a terrific base for exploring the entire region, whether you're scuba diving, rafting the Dalaman River, tandem paragliding, canyoning, swimming, or mountain biking through pine forests. "We go sea kayaking over the sunken city of Kekova," says Jackson, who returned in July for his third visit in three years. "The water is clear and clean, and you can see the walls of the city beneath you." A handful of adventure operators cluster on the main street leading to the docks, where there's a lively outdoor bar and restaurant scene. The harbor is a 10-minute walk from the hilltop Oreo Hotel. Oreo Hotel: 011-90/242-836-2220, from $55.