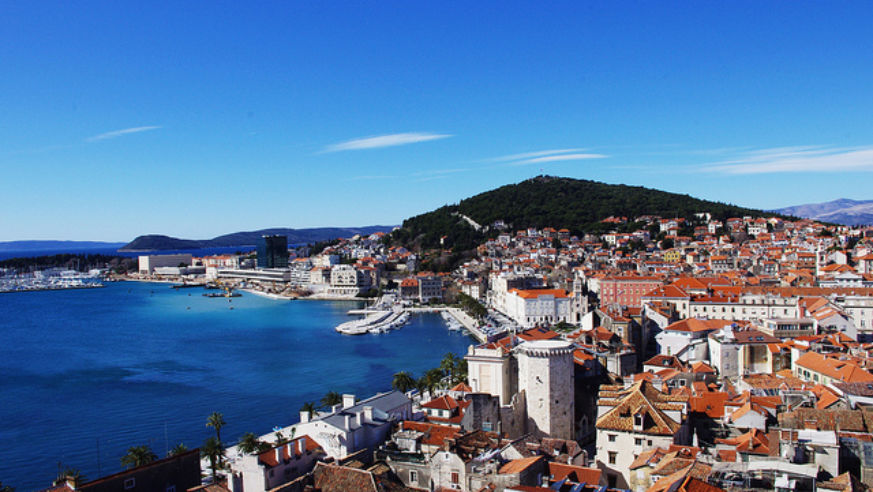 Croatia tops the list of up-and-coming European destinations for 2013, reflecting a 34.9 percent increase in bookings. Above, the Adriatic port of Split is home to the ancient palace of the Roman Emperor Diocletian.

You've checked Paris, London, and Rome off the list. So what should be your next European vacation destination? According to a survey of more than 1,000 American travel agents conducted by Travel Leaders Group (and based on actual trips already booked), perennial faves like London, Rome, and Mediterranean cruises are going to continue being top spots in 2013. But there were European countries that saw surprising gains in popularity. So you better book now. Here are the top three:

Croatia. Surprisingly Italian in flavor, including a Roman emperor's palace and a gladiator coliseum, Croatia offers beaches on the Adriatic and and welcoming locals, inspiring a 34.9 percent increase in bookings over last year, according to the Travel Leaders Group survey.

Turkey. East meets West, literally and figuratively, in Turkey's varied landscape. The opportunity to visit landmark mosques, Orthodox churches and Roman ruins, while enjoying chic boutique hotels and some of the region's tastiest cuisine has given Turkey a 12.9 percent bump in bookings for 2013.

Czech Republic. Whether you're a casual backpacker or seeking luxe for less, this country, which celebrates its 20th anniversary in 2013, is known for its contemporary art and food scene as well as its old-world castles and iconic Charles Bridge. Now's a good time to see it, since booking for 2013 are up 12.2 percent.

Talk to us! Are you planning a trip to Europe in 2013? If so, are you going with the tried-and-true, or venturing into one of these up-and-coming destinations?