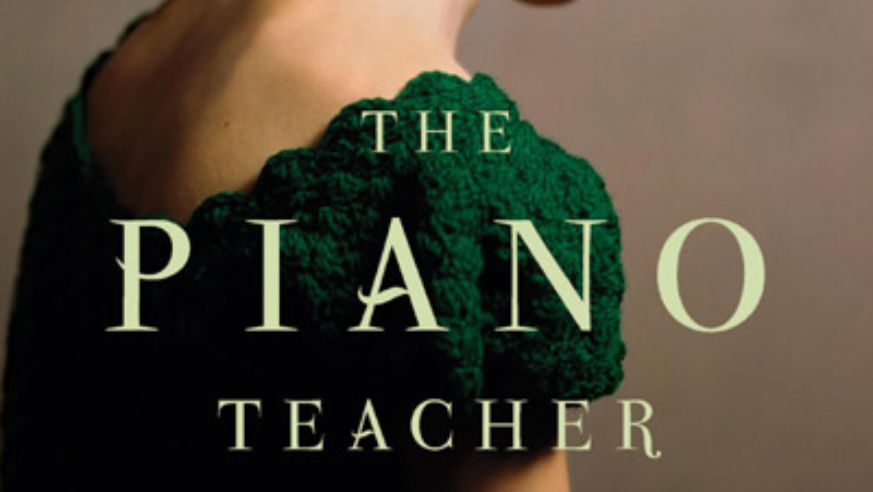 In her first novel, a high stakes love story, Janice Y.K. Lee keenly describes the expat social whirl and everyday flavor of Hong Kong, shifting between 1952 and the tumultuous Japanese invasion in late 1941. Out on January 13, The Piano Teacher has already won praise from big names like Gary Shteyngart (Absurdistan) and Elizabeth Gilbert (Eat, Pray, Love).

Flipping through a review copy at work, I found myself immediately swept up—in part because of a personal connection. I've been to Hong Kong repeatedly as my husband, like Lee, grew up there in a non-Chinese family. I e-mailed Lee, curious about where to find traces of the old Hong Kong she depicts, how the expat community has changed, and what she makes of the local cultural scene.

How did you go about researching the Hong Kong of the '40s and '50s?

I read a lot of memoirs by people who had been in the camps and who had lived in Hong Kong at the time. I really loved the feel of the writing of the time, which gave me immediate insight into how people talked and how they had parties, and how they related to each other, etc. I also watched a lot of movies like Love is a Many Splendored Thing. Anything that was set in the '40s or '50s I would watch with a heightened interest for the details, like what kind of coat or dress they were wearing, what they ate at restaurants, or what kind of car they were driving.

Where can travelers go to find traces of old Hong Kong, particularly from the period of the Japanese occupation?

Unfortunately, there are not a lot of old buildings left in Hong Kong. In the middle of Central, Statue Square is still there, pretty much unchanged, and the Legco [Legislative Council] Building is in the old traditional style, a wide, large, gracious building surrounded by skyscrapers. The Helena May is still around; it's a women's club with dining and lodging facilities and it's very colonial in feel and look still, but it's a private club. Tea at The Peninsula is fun, but it's pretty modern now. Still, it's nice to go and have a proper English tea.

Are there other places you would suggest readers visit if they make it to Hong Kong?

The Repulse Bay is a large arcade that overlooks the beach. In it, there is a restaurant called The Verandah that I remember visiting as a child in the 1970s for its Sunday brunches. If you squint your eyes very, very hard, you can imagine you are back in the '50s! I live close by so I'm always there for the supermarket, coffee shop, and also a restaurant called Spices that I love. Visitors to Hong Kong always go to The Peak but I fail to see the attraction, although the view is pretty spectacular.

How do you think the current expat scene in Hong Kong compares to that of the novel?

In many ways, it can feel very similar. Many an afternoon, I'm sitting at a table at a club with other women watching our children play on the lawn. There is still a languorous, non-American feel to much of life. Of course, the pace is more frenetic and it's very international, but many women are not working and their husbands are working a lot, and you form your own community. The expats are still the privileged minority, although attitudes have changed for the better. This is a very specific type I'm describing though. Of course, there are many sorts of expats: young, hard-driving expats, older people who have been here for ages, etc.

Hong Kong initially struck me as thriving, chaotic, and shopping-crazed (not unlike NYC), but I've wondered about the cultural scene. How do you find it to be living there as a writer? Are there local organizations or events that you'd recommend?

People always complain about the cultural scene in Hong Kong. And they're not wrong. Although there has been an effort to bring culture into Hong Kong, more often than not it seems a bit forced. The Arts Festival is a several-week event that highlights many different performances, many of which are good, but what ends up happening is that you have to cram all your "culture" into a few weeks, which is a bit hard to digest. The Literary Festival is good for book nuts like me. Having lived in New York, where culture was an enormous smorgasbord you could pick from any night of the week, it's odd to have comparatively little to choose from here. There are often productions that come into town but there's that…and often nothing else (I'm talking about a Western taste here). I don't speak Cantonese so I can't speak to the local scene. As a writer, it's been good, actually! I just read books and stay at home and write!

In the three-minute video clip below, Lee shares more about the book and the city—including her love of Hong Kong's quieter, greener side and the long-time phenomenon of people washing up there to reinvent themselves.

A Family Trip to Hong Kong