Expedia offer: Flights to Mars from $99*

The winner of this year's best Aprils Fool's joke for travelers: Expedia.

Vegas finally gets the excellent, flashy blog it deserves

From the producers of HotelChatter and Jaunted comes a glitzy glammy newsy blog dedicated to Sin City: VegasChatter. This is a big deal because the city has sorely needed its own excellent blog for a long time. A while back, we attempted to find a sane, humorous, passionate, unbiased blogger who focuses on Las Vegas to offer him or her an assignment to write a story for Budget Travel. Sadly, we didn't turn up anything. We can tell that VegasChatter is going to be trustworthy because it's overseen by editor Juliana Shallcross, who has had a relentless drive for hotel scoops at HotelChatter. She also insists on an easy-to-read, pop-savvy writing style. Her enthusiasm and knowledge spills over into her writing, yet she isn't "on the take" from any company and she doesn't have barely comprehensible digressions. (Neither does her team of writers.) Travel is hard&mdash;you can't know everything about everywhere. So maybe it's better to focus more specifically one one place, with an obsessive need to find out what's new and useful for the average traveler. It's a gut call, ultimately, and who knows what the future holds. Yet our hunch is that this new blog is going to be great. Even though it's produced by a competitor company, we feel obliged to welcome VegasChatter to the blogosphere! See you at the Venetian blackjack table!

How do you use a cell phone boarding pass at the metal detector?

Cell phones are gradually replacing boarding passes, with increasing numbers of U.S. airports encouraging passengers to hold up the screen of their cell phone (or Blackberry, iPhone, or similar device) under the airport security scanner, rather than show a paper boarding pass. When we recently blogged about this trend, one of our readers, Mike, wisely pointed out that before you walk through the scanner, airports usually require that you put your cell phone in the bin. "So how do you show your boarding pass to the TSA agent when it is on the x-ray machine belt?" Mike asked. Great question! We asked a TSA spokesperson, and here's the answer: "Currently, airports that accept paperless boarding passes will ask passengers to show their boarding pass in front of the checkpoint where all boarding passes and IDs are checked. In some airports, as passengers approach the metal detector, they may be instructed to divest everything for X-ray but their cell phone. Then passengers will approach the metal detector, show their boarding pass on their cell phone to the security officer, and then backtrack to put the phone in a bin for X-ray screening." Another mystery solved. Airports that are testing this technology include Atlanta, Austin, Boston, Chicago, Cleveland, D.C. (Reagan), Detroit, Indianapolis, Las Vegas, Los Angeles, Memphis, Minneapolis, Orange County, Calif., San Antonio, New York (LaGuardia and Newark), and Seattle. To recap, here's an example of how the procedure works with one airline, Delta: You register your cell phone number with delta.com to receive a text message with a boarding pass bar code. Then hold up the screen of your cell phone under the airport security scanner, rather than show a paper boarding pass. (As always, you have to present a government-issued photo I.D. too.) Delta is testing the service at LaGuardia Airport.

As we wrote earlier this week, the recent drug-related violence in parts of Mexico has some travelers worried. The Mexico Tourism Board is reminding the public that Canc&uacute;n, Puerto Vallarta, Los Cabos, and other popular destinations are still safe for visitors. The board recently launched the site mexico-update.com, which points out that most of the violent incidents are happening along the border between Mexico and the U.S., in municipalities such as Tijuana, Chihuahua, and Ciudad Juarez. These areas are as much as 2,000 miles away from popular beach destinations, such as Canc&uacute;n. Yesterday Mexican officials held a roundtable discussion with reporters. The bottom line? They feel that the media isn't painting the whole picture about where the violence is, which could scare off would-be visitors. There hasn't been a drop in tourists just yet&mdash;Carlos Behnsen, executive director of the tourism board, said that in the first few months of the year, tourism numbers are up, especially at beach destinations. But officials worry about the future nonetheless. So what to do, eager traveler? The dollar is strong against the peso, and travel wholesalers are discounting like crazy in the tourism hotspots. But the U.S. State Department renewed a travel alert for Mexico on Feb. 20 for a reason&mdash;Mexico has a drug-trafficking problem, and violence is at a peak. If you decide to go, take common sense precautions (as always). Our thanks to the dozens of readers who have commented on our last post on this subject. Feel free to share more of your stories. 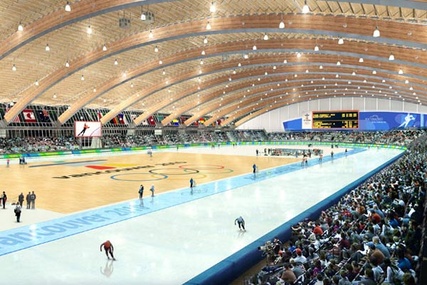 Want to cheer on medalist Apolo Anton Ohno or catch big events like figure skating and ski jumping at the next Olympics? What key questions are on your mind: Ticket buying? Where to stay? Other logistics? Let us know, and we'll try to answer them! UPDATE: We've answered the questions that readers posted as comments below in a new blog post: " Answers to your questions about attending the Winter Olympics