Travel Guides For Kids, By Kids

How do you know what your kids want to see when you travel? Why not ask kids who live in the city that you're visiting?

That's the concept behind a new guidebook app called Bound Round, which is scheduled to launch this December.

It's not the first travel guide geared toward kids—there are others such as Lonely Planet's "Not For Parents" series, and ABC Travel Guides for Kids (both of which have more U.S. options than Bound Round, which is based in the U.K.). It does, however, appear to be the first guide that has gone straight to the source and asked kids what they care about.

Because the guides are apps they're also interactive in a way that print guidebooks aren't. The program reveals a destination through stories, photos, videos, and games that are designed to entertain and educate young travelers.

The goal is to give youngsters the information they need to have a say in family travel decisions (and give them something to do while they get to their destination). There's also a section that makes it easy for kids to create a travel journal that they can share with friends when they return home.

Naturally, there's a parent-friendly section with plenty of boring adult details such as opening hours, directions, and so on.

The drawback? The program is based out of the UK, so destinations are likely to be places that are easily accessible from that side of the world and not necessarily from the U.S. (they're starting with Sydney, for example). Plus, there's always that pesky problem of scale—it takes a while to build out a guidebook series, so it may be months or even years before your next vacation destination is covered. Still, it's an interesting idea and one to keep an eye on if you have small children. 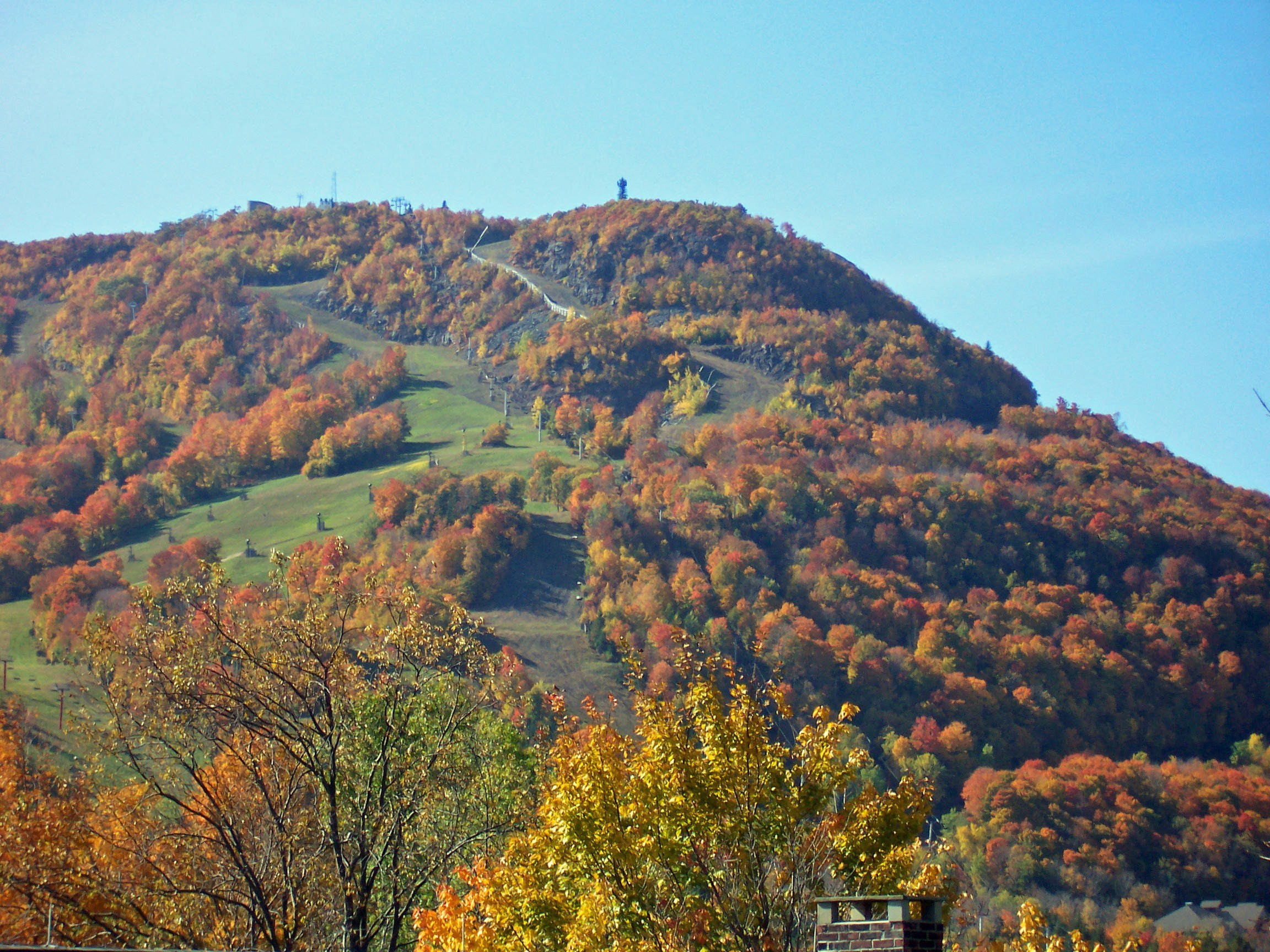 Renting a Vacation House with the Kids

Last week we took our first real family vacation (i.e. going away with our 15-month-old son somewhere besides a relative or friend's house). We decided to rent a house for a week in the Catskills and enjoy some fall fun. Which was easier said than done. My husband and I had very different feelings on what type of house we should rent. I was intrigued by 1800s farmhouses with overstuffed couches and country kitchens. But his number one pick was an ultra-modern house with Scandinavian furniture and stainless steel appliances. I turned my nose up. Until I saw the gate at the top of the stairs. Turns out the couple that owns the house have two small children (the youngest just a couple months older than our son) and the house was completely baby-proofed. Score. It never even occurred to us that renting a house from a family with children made the most sense. But in hindsight it's such a no-brainer. In daily life parents worry about outlet covers and locks on cabinets. But those are no less important when you are renting a house with young children (just because you are on vacation doesn't mean your kids won't want to find out what happens when they stick a finger in an electric socket or what bleach tastes like). Going beyond those basics, we were glad to see locks for the doors to the fireplaces plus a lack of breakable objects on low shelves. And not only were there gates on the stairs, but also a net edged with steel wire on an open banister to prevent falls by little climbers. Phew. Another bonus? Less gear you have to drag with you. We knew there was a crib and a child carrier for hiking when we booked, but they also had a baby monitor already set up and an umbrella stroller available (which would have freed up a lot of room in the trunk). We packed our son's favorite books and some select toys. Not surprisingly he had way more fun with the books and toys that were already in the house. Many of his didn't see the light of day until we got back to Brooklyn. Have you ever rented a house with your whole family? What tips do you have?

Why Cruising With the Kids Just Got More Expensive

Traveling with children under the age of two isn't always easy from a logistics standpoint, but it is economical. Airlines let them fly for free on your lap and they usually snooze in hotel rooms and laze by the pool at most all&ndash;inclusives for no extra charge. The one exception to this rule is cruising, where everyone on board pays, no matter what. Fares for children under 18 aren't typically the same as for adults, as long as they are sharing a cabin with two adults (they are considered third passengers and pay a percentage of the full cruise fare). Norwegian Cruise Lines used to be one of the cheaper options, since the line charged a smaller percentage if the child was under two (it's not like they are gorging themselves at the midnight buffet). According to a report by Travel Weekly, the cruise line has discontinued the policy and all children, regardless of age, pay the same rate. This policy is also in effect on Royal Caribbean and Carnival cruises. Keep in mind that infants under six months of age are not permitted on Norwegian cruises (which is standard for most cruise lines, except for long&ndash;haul trips like TransAtlantic cruises, where the minimum age is higher). Disney Cruise Line is (not surprisingly) one of the only lines that discounts more for children two and under. A four&ndash;night Bahamas cruise in December costs $632 per adult, and $282 for an infant under the age of 2. If your child is 3, the fare would be $564. MORE FROM BUDGET TRAVEL 10 Common Cruise Myths&mdash;Debunked 12 Top Tips from the World's Best Cruisers Your Top 5 Money-Saving Cruise Questions&mdash;Answered 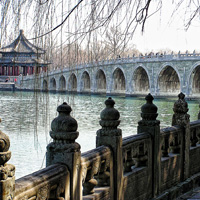 Give Dad the Gift of Travel this Father's Day

We recently asked readers and the staff here at Budget Travel where they would take Dad for Father's Day. We say get Dad a travel gift certificate and make that dream trip a reality. Airlines like Delta, Jet Blue, Southwest, and Alaska Airlines offer cards applicable to flights anywhere Dad would like to go, whether it's visiting the grandkids or going on a golf getaway with his buddies. He'll need somewhere to stay in that case. Good thing gift cards are available from hotel chains like Best Western, Marriott, and Hyatt. If you would rather help Dad finally go on that grand vacation to China, India, or Australia that he's been talking about since you were a kid, many tour operators sell gift certificates as well. Gate 1 Travel offers certificates in denominations of $100 with no expiration date. Globus sells certificates for $50, $200, or $500 towards land/cruise trips, and you can get a gift certificate in any denomination from American Airlines vacations for air/hotel packages to destinations around the world. Wrap these up and then tip Dad off to our Real Deals section to save him even more money. You're guaranteed to be the favorite child this Sunday. MORE FROM BUDGET TRAVEL Do You Work on Vacation? How Do You Pay For Your Vacation? Forget Apps! What Are Your Favorite Old-School Travel Planning Tips?

In April, we told you about the Seat Assignment Shell Game that airlines seem to be playing, making it hard for families to get seats together on flights. Now the government is getting involved. If you've booked a flight recently, you may have noticed that more and more fees when selecting your seat, even for the aisle or window. Meaning if you are flying with someone&mdash;even a small child&mdash;and want to sit together, you'll have to pay for the privilege. The Associated Press reported that it would cost couple and their four&ndash;year&ndash;old daughter and extra $114 in fees if they paid for seats together for a flight to Orlando. We first brought this to your attention back in April, and now the government is stepping in. New York Senator Charles Schumer is leading the charge to get airlines to waive these fees for families. “Children need access to their parents and parents need access to their children,” Schumer said in a statement. “Unnecessary airline fees shouldn’t serve as a literal barrier between mother and child.” The attitude from the airlines themselves seems to be that families may be able to get seats together by seeing the gate agent before the flight, or by asking other passengers to switch seats once they are on the plane. This is not the first time that Schumer has used his position to fight airline fees. In 2010 he successfully convinced the U.S.'s largest airlines to promise not to charge for carry&ndash;on bags. MORE FROM BUDGET TRAVEL Southwest is Going International "&gt;Alaska Airlines to Passengers: Tag Your Own Bags Lesser Known Ways to Max Out Travel Rewards