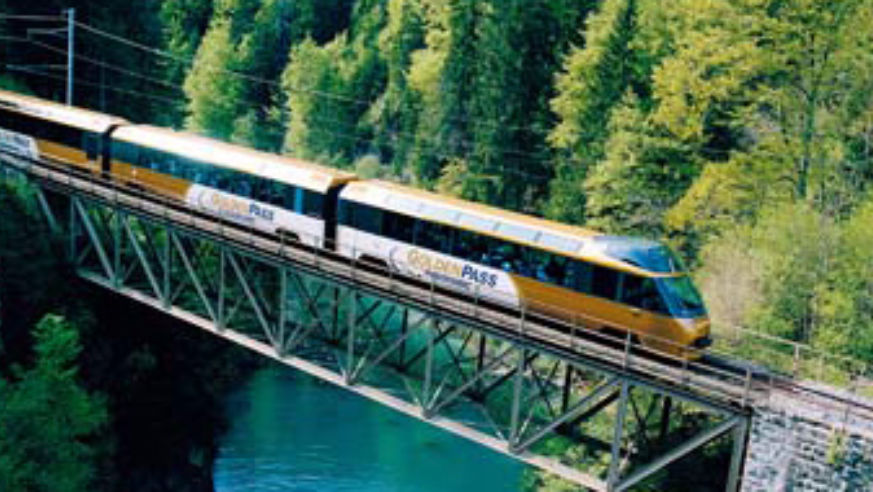 Courtesy Rail Europe
The train between Zweisimmen and Montreux

If you have a family trip to Switzerland planned in the next six months, now's the time to book train travel: until April 27, select Swiss rail passes are 50 percent off for any two adults traveling with children.

The passes are good for unlimited travel on the country's super-accessible network of trains, boats, and postal buses—basically THE way to get around there—and all include free access to more than 400 museums in Switzerland (for kids, too). The passes must be used within six months of purchase.

• One free adult ticket for travel from Alpnachstad or Kriens to Mount Pilatus—a.k.a. the Golden Round Trip experience—by boat, gondola, and the world's steepest cogwheel railway (the second adult gets 50 percent off under the regular discount for rail-pass holders, and kids travel free under the Swiss Family Card).

• One voucher for two people on the country's longest summer tobogganing run—over 4,400 feet long—at the foot of Mount Pilatus.

And starting May 3, visitors to raileurope.com can enter a sweepstakes to win, among other things, a grand-prize trip to Switzerland including round-trip airfare for two from the U.S., two 8-day Swiss rail passes, and six nights' accommodations.