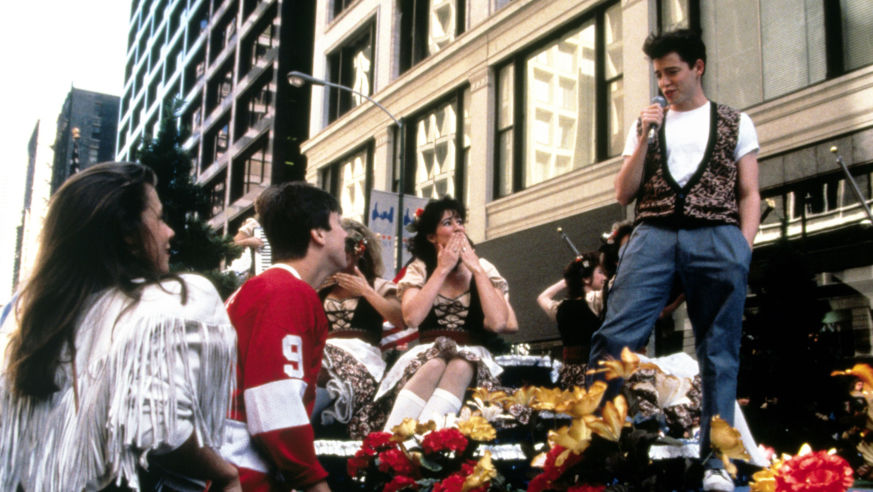 Shake it up, baby...at a re-creation of this parade during Ferris Fest in Chicago, May 20–22.

"Life moves pretty fast. If you don't stop and look around once in a while, you could miss it." —Ferris Bueller, Ferris Bueller's Day Off

Talk about travel inspiration! That was the only reason '80s icon Ferris Bueller needed to devise the coolest staycation in movie history: ditching high school with pals one last time before graduation for an epic day in the city of Chicago, from cheering on the Cubs at Wrigley Field to having an existential moment at the Art Institute of Chicago.

And now you have the best excuse ever to visit the Windy City from May 20–22: Ferris Fest: A 30th Anniversary Leisure Weekend, three days of fun celebrating the movie Ferris Bueller's Day Off's 30th anniversary (tickets $10 and up, ferrisfest.com).

What can you expect? A series of events that'll have you following in the footsteps of Ferris, Sloane, and Cameron. These attractions are only the tip of the iceberg:

• A live re-creation of the film’s “Twist and Shout” parade.

• A replica of Ferris’s room by artists Sarah Keenlyside and Joe Clement that you can step inside.

• A screening of the movie at the John and Nancy Hughes Theater in Chicago suburb Lake Forest. Stars from the film will participate in a Q&A, and the superfans organizing the event have confirmed appearances from a few cast members, including Cindy Pickett and Lyman Ward, who played Ferris’s parents, and Jonathan Schmock, the French restaurant maitre d'. Who knows who else might show up?

Ticket prices range from $10 for to see the parade and Ferris's room all the way to $300 for a full three-day package. Reserve yours ASAP, because they're going fast. The priciest package is already sold out, but the event organizer says tickets for individual days and attractions are still up for grabs, with "more to come soon." Keep an eye on FerrisFest.com for more info—or try your luck persuading someone in charge that you're Abe Froman, Sausage King of Chicago, and you need a ticket pronto.*

One thing is sure: This is not the time to pull a Cameron and pretend you're sick so you can bail. And if you can’t get off work, in the spirit of Ferris Bueller, play hooky!

*We don't actually suggest doing this.