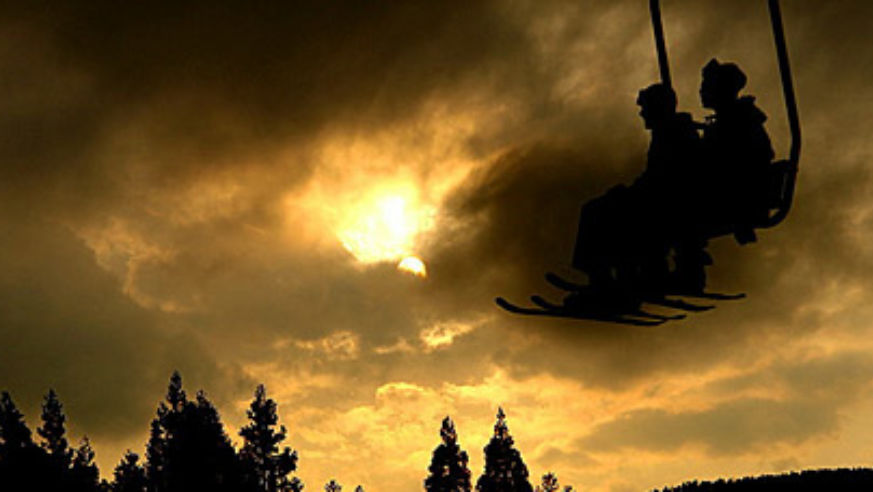 You might think that the recession would mean fewer people on the slopes, prompting resorts to run specials. But au contraire, mon fraire—that's not the case. At least not in New England.

I checked around on the websites of the best known ski resorts in New England (such as Stowe, Killington, Sugarloaf, and Loon) and found no true drop in prices being offered compared with this time last year. And the Vermont Ski Areas Association is reporting 17 percent increase in the sales of season tickets, says The Economist.

There seems to be two reasons:

1) Many skiers living on the East coast used to fly to West Coast slopes for its broader and more varied terrain. So this winter skiers are trying to save money by skiing closer to home in New England, boosting demand.

2) Resorts have added high-speed lifts and amenity-filled hotels in the past couple of years, and now they have minimum payments to make. They're not in much of a position to cut prices.

What to do? Shop aggressively. Since last season, Liftopia.com, the Web discount lift ticket service, has more than doubled its list of ski resorts to 88 mountains. The site has deals nationwide, with the heaviest discounts for resorts in the Rockies. But as of yesterday I saw discounts of roughly 15 to 20 percent at second-tier resorts in New England, such as Smugglers Notch (Vt.), Crotched (N.H.), and Whiteface (N.Y.).

Booking a package deal is another option. Expedia, for instance, currently has a winter sale. Some hotels that are located in ski villages are discounting un-booked rooms and bundling them into airfare packages—so if you can't save on lift tickets, at least you can save on the cost of transportation.

The Frugal Traveler at the New York Times blogs that the best deals are in combination bus transportation and lift ticket deals.

Save money by going to low-key, old-school resorts. Here are ten great ones nationwide: "Shut Up and Ski"