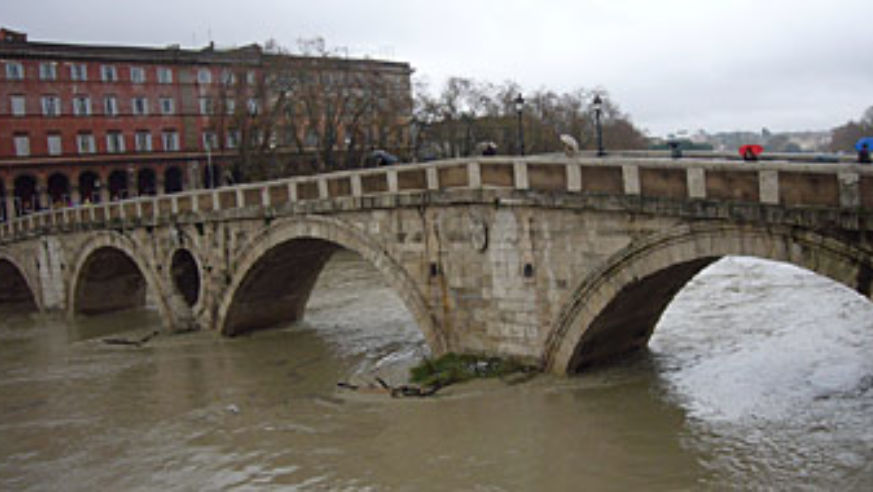 Courtesy Zingaro. I am a gipsy too./Flickr
Rome's Tiber River, photographed on December 12, 2008

The swollen Tiber River was expected to overflow its banks on Friday after days of foul weather in Rome and throughout Italy, according to Reuters. The city's smaller Aniene River already burst, and Mayor Gianni Alemanno declared a state of emergency: "In Rome, it has been like an earthquake, with more rain in one night than normally comes down in all of December." More than four inches of rain fell on Thursday night alone.

Roman authorities are urging people to use public transportation instead of cars as many roads and tunnels have been affected. (A left-wing trade union cooperated by calling off a transportation strike planned for Friday, as reported in The Times.) Firefighters evacuated people stuck in cars and on the ground floors of buildings; police divers found one woman dead in her car, which was submerged in a suburban underpass.

Earlier in December, Venice experienced its worst case of acqua alta ("high water") in 22 years. The NY Daily News published photos of people wading through knee-high water and St. Mark's Square awash in almost three feet of water. It's déjà vu for Venetians this week, with more alarm bells and another bout of high tides.