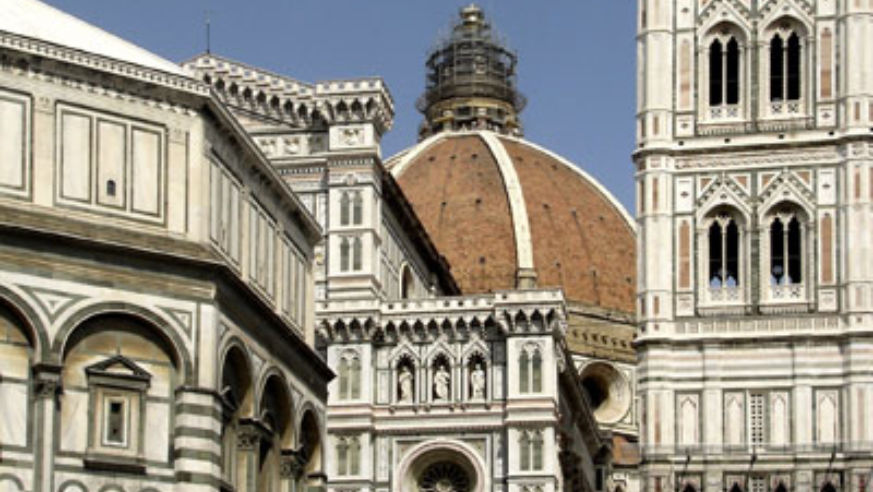 Good news! Mayor Matteo Renzi has claimed Florence's crowded central piazza—home to the Duomo and the Baptistry—for pedestrians. Cars, buses, and horse-drawn carriages are officially unwelcome as of October 25, when the city will celebrate with an open-air concert.

Traffic previously skirted along the side of the iconic Duomo, coating its marble in a visible layer of grime. Initial response to the unexpected announcement has been enthusiastic, as reported in the English-language paper The Florentine. The only gripes cited are from taxi drivers, as taxi stands in the piazza will have to be transplanted.

Renzi is quoted as explaining that the new pedestrian-only zone is "the first step to re-launching one of the world's most well-known cities and improving citizens' quality of life by applying the Greek concept of agora."

We recently gave the City of New York an Extra Mile Award for converting five blocks in Times Square into a car-free area complete with benches and café tables—as inspired by Copenhagen's Strøget zone.