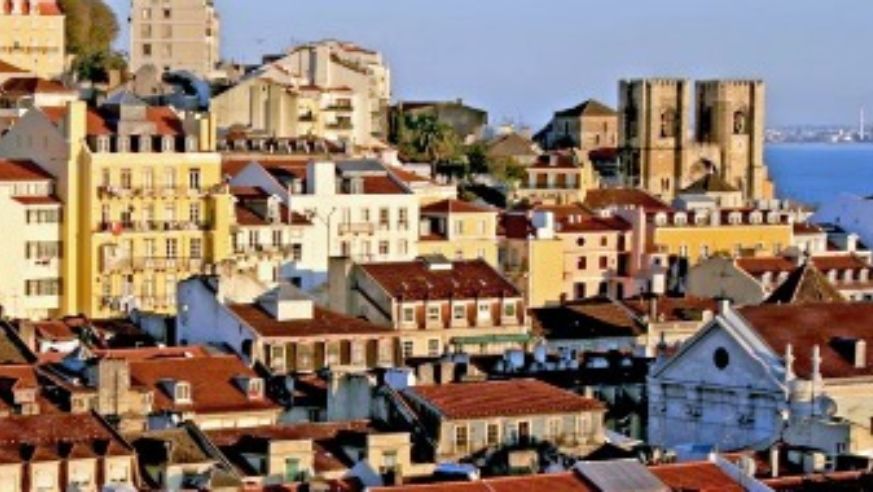 We're not flush yet, either. But that doesn't mean we're staying put. We continually scan the horizons for romantic places to visit, no second mortgage required.

Portugal's City of the Seven Hills is one of our current finds. It's where you can feel as if you're a visiting celebrity, even if you don't appear on lists compiled by Forbes. Feel retro-chic glamorous as you stroll around the cobblestone streets of this small city of 490,000 people. Sip cappuccino with a view of a majestically restored medieval fortified cathedral.

Then glance at your better half in disbelief, because you can spend the night in an eighteenth- and nineteenth-century house for about $140 a night in peak season. Pousadas de Portugal, which translates roughly as "inns of Portugal," are 40-odd country former castles, monasteries, fortresses, and palaces, ranging in size from 9 to 51 rooms. Some inns are located in restored monuments. Others are hybrids of modern hotels and historic properties. Learn more at the site of Pousadas de Portugal.

Standard hotels are even cheaper. Upgrade without breaking the bank.

As we predicted in our Top Budget Travel Destinations for 2011 story, Portugal's debt crisis is leading to bargains for tourists in what has long been a relatively affordable Western European nation.

Most Portuguese speak decent English (unlike their neighbors in Spain or France), reports ABC News.

The weather's typically lovely in Lisbon year round. Late spring, summer, and autumn have only a few days of rain each month on average, though in August temperatures can reach the 90s.

In Chiado, rediscover nearly extinct brands at A Vida Portuguesa, like Oprah's favorite all-natural Claus Porto soap or whimsical Bordalo Pinheiro plates. Treat yourself to a proper pair of gloves at the tiny Luvaria Ulisses, open since 1925. Get your hands massaged and measured, then choose a pair (or, at $88, two!) among a selection of fine-leather styles.

What about the food, a critical part of any vacation?

Let me just quote ABC News about the cuisine:

Hearty Portuguese meals features dishes such as feijoada (bean stew) and cabrito (goat), and basic local restaurants called tascas offer up the best lunch bargain across the nation. The menus usually feature plenty of fresh fish out of the Atlantic as well as dried, salted cod. (bacalhau)

How about the nightlife, you ask? It's true that centuries of history still weigh down the old town, but that doesn't stop local residents from looking toward the future. According to Monocle, the city's artists, young musicians, and entrepreneurs, are making (port-flavored) lemonade out of the lemons they've been handed by the financial crisis. Concerts and theater performances are up by double digits as venues such as Nimas, a converted cinema, draw indie acts. Fashion and design museums lie at the heart of urban renewal projects in refurbished historic buildings, such as in the Parque Mayer theater district.

Algarve, Portugal: Where the Guinness Man Goes on Vacation