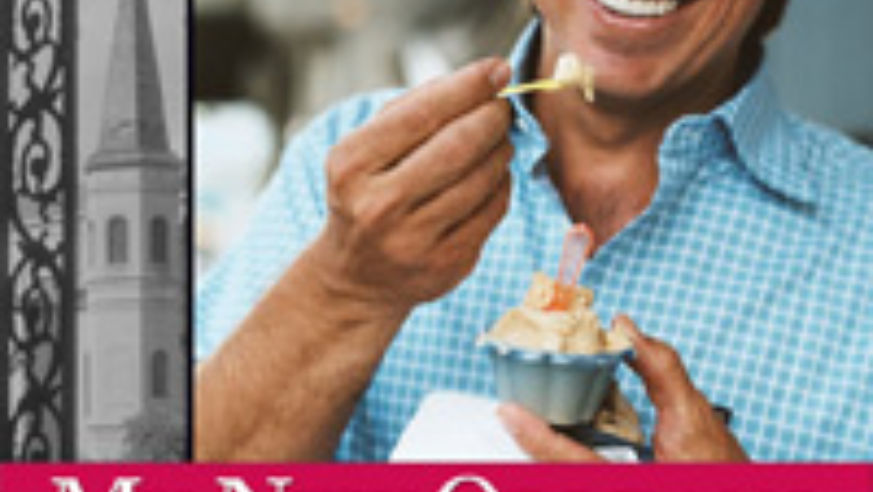 This probably isn't something I should admit to my boss (and by posting it on the BT website, I'm doing just that), but I just spent a full hour of my workday reading a cookbook. Not just any cookbook, mind you. It's the gorgeous My New Orleans: The Cookbook, by award-winning chef and restaurateur John Besh—produced and edited by Dorothy Kalins, the founding editor of Saveur and the consulting editor of Budget Travel.

I know, I know. Who needs another New Orleans cookbook? A quick search on Amazon turns up a whopping 743 titles in the category. Clearly, the world isn't wanting for another gumbo recipe.

But My New Orleans is different. Yes, there's gumbo—an entire chapter devoted to it, in fact—but there's so much more.

Besh was born and raised just outside of New Orleans, so he understands that the city and its food are inextricably entwined. To write a proper cookbook without also digging into the city's fascinating history and culture would be impossible.

This is a cookbook with 200 recipes, yes, but it's also part memoir, part history lesson, part love letter to his hometown. Besh has woven into his book beautifully written stories: his first shrimping trip on Lake Pontchatrain, drinking Big Shot soda and eating red beans and rice at Mardi Gras, and preparing meals for the rescue workers after Hurricane Katrina. You learn as much about New Orleans as you do about the food. In fact, I was so engrossed in the stories that I'm pretty sure I would've read every word even if Besh hadn't included a single recipe.

But do not skip the food—you'd be doing yourself a huge disservice. Besh has launched six restaurants, but, as he explains in the intro, the dishes in this book are not restaurant recipes; there are no impossible-to-find ingredients and no pretentiously fussy preparations (my favorite Besh quote in the book: "Deconstruct a gumbo? That's not cooking. That's not love. I'm not about to trivialize a recipe that has been here longer than most cities in our country.") Instead, the book delivers real food that real people can prepare, plus sidebars that are chock full of information about key ingredients like blue crab, Chanterelles, and Ponchatoula strawberries.

Too many cookbooks intimidate would-be chefs; this one inspires them. I already have a growing list of the dishes I want to try, starting with Momma Rochelle's Stuffed Quail Gumbo, a recipe that began with Besh's mentor's Cajun mother-in-law and has evolved over the years. From there I might move on to the Trout Amandine or the Louisiana Shrimp and Andouille over Grits. And our associate photo editor, who grew up in New Orleans, tells me I have to try the Crab Boil (his exact words, after reading through the recipe: "This is a good cookbook.")

Those other 743 titles? I'm sure they're just fine, but Amazon can have them. I'm sticking with My New Orleans.