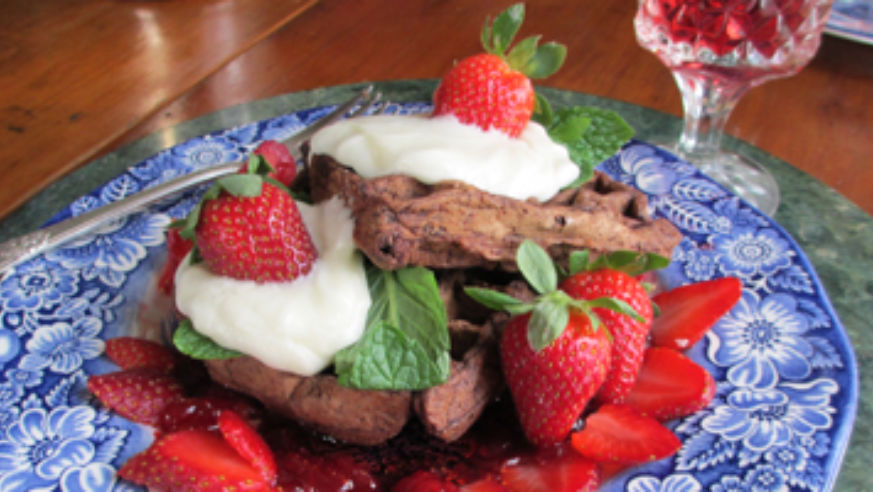 The Kentucky Wildcats may have won the 2012 NCAA Championship, but who was the victor in the battle of the breakfasts?

Every March there are countless brackets going around, but none was more delicious than BedandBreakfast.com's Breakfast Recipe Challenge. I helped determine the finalists (tough job, I know) and fans of cozy inns voted.

The ultimate victor? Bittersweet chocolate waffles topped with mint buttercream and strawberry sauce from the Lyttleton Inn in Littleton, Massachusetts. The waffles narrowly bested the pumpkin pancakes with carmelized pecans served at the Gracehill Bed and Breakfast in Townsend, Tennessee, a carb-lovers' final two if there ever was one. The final four also included the relatively healthier-sounding blueberry granola breakfast bake from Lord Camden Inn in Camden, Maine, and the lobster frittata from the Mill House Inn in East Hampton, New York.

See all 16 finalists here, as well as all the recipes if you want to recreate the battle in your kitchen. But it's probably easier to book a night at an inn and let the chefs cook for you.