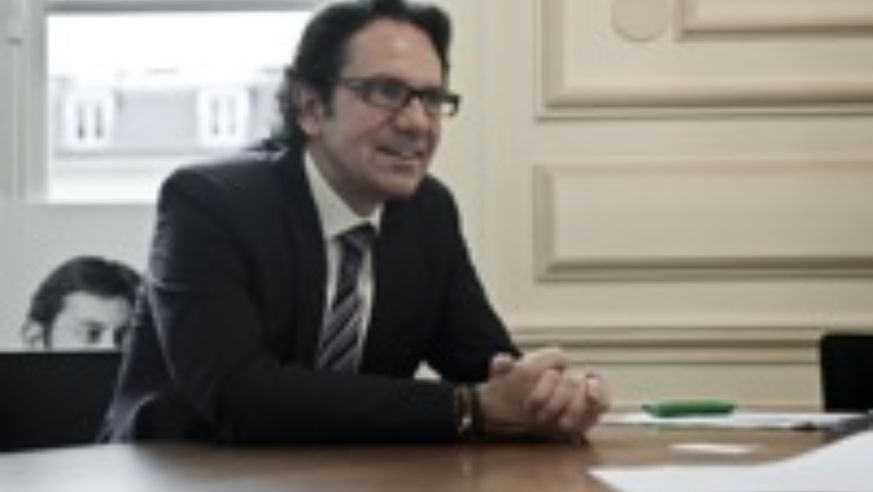 The French government recognizes that if it is going to get American tourists to stay longer and spend more money when visiting, the country needs to rebrand itself as a more welcoming nation.

"People often talk about France as an arrogant nation," said France's Secretary of State for Tourism, Frederic Lefebvre, who was in New York earlier this month to unveil a new tourism marketing strategy.

"We would like to make a strong effort to improve the sense of welcoming in France," said Lefebvre.

The new logo incorporates an image of Marianne, the national emblem of France, along with the phrase "Rendez-vous en France." The logo also includes the new French tourism website, Rendezvousenfrance.com.

The logo will be seen on the badges of employees involved in the tourism industry in France, Lefebrve explained. For example, it will be on the badges of people posted at the airport to welcome and provide assistance to tourists when they arrive in France.

"We are number one in the world in terms of the number of tourists that come to France every year. We are 20 million tourists ahead of the United States," said Lefebvre. "But, in terms of sales, we are very far behind the U.S."

France welcomed 76.8 million tourists in 2010, said Lefebrve. But "the problem is that in terms of sales, we are declining. And we are declining because we need to increase the length of stay," said the tourism minister.

Of France's 76.8 million tourists, about three million are U.S. tourists, and that number has been relatively flat year-over-year, said Lefebrve. In addition to France's image issue, other reasons U.S. tourists hesitate traveling to France are the dollar-euro exchange rate and rising airfares, he noted.

What about you? Have you been or would you like to go to France? Do you considerate the French arrogant, and has that turned you off from visiting the country? Let us know!