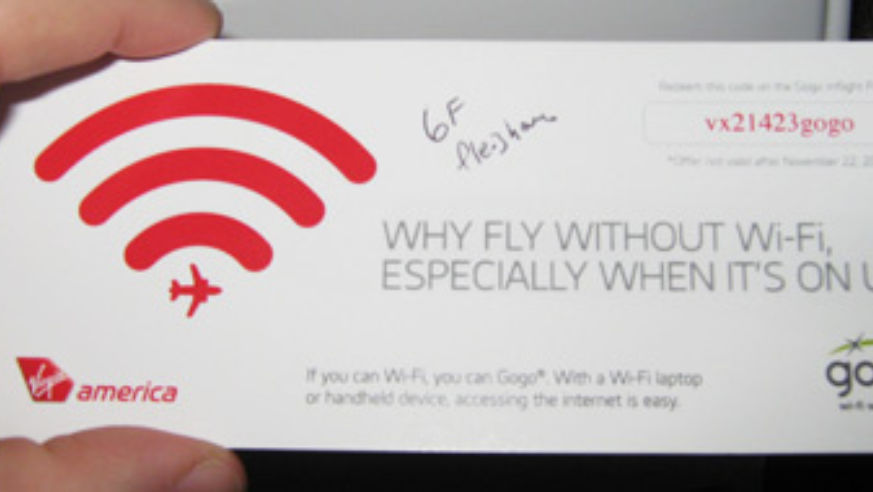 Bring your laptop, iPad, or other favorite device: From November 20 to January 2, all passengers flying domestically on AirTran, Delta, and Virgin America get free in-flight Wi-Fi.

Normally, Wi-Fi on these planes, provided by the Gogo Inflight service, costs between $4.95 to $12.95 per flight. But, thanks to a partnership with Google Chrome, AirTran, Delta, and Virgin America—which have all outfitted their entire fleets with Wi-Fi—are allowing passengers to log on at no charge for the upcoming holiday season.