What made Apple realize its mapping technology was failing miserably? Maybe it was when folks started pointing out that its maps were missing entire cities. Maybe it was when they realized that they were duplicating islands in the South Pacific. Then there was that farm in Ireland that was listed as an airport (oops—glad the Irish government caught that error before the pilots figured it out the hard way!). More recently, they've been leading people astray in the Australian desert.

No wonder Apple CEO Tim Cook issued a public apology—his company released a product that not only annoyed, but actually endangered (and in some cases offended) millions of people. To be fair, it has also provided a great deal of comedic value (the Huffington Post did a nice job of rounding up their more entertaining mistakes).

In any case, all of this is a long way of saying that Apple did the world a huge favor yesterday by releasing Google Maps new app for the iPhone in its app store.

The free app is even better than the one that was originally installed on the iPhone. It includes turn by turn directions, three-dimensional views, public transit directions and listings for 80 million businesses around the world. The one perk that users will only find on Android platforms are directions inside buildings such as malls.

I'm not the only one who is thrilled to see Google Maps return to the iPhone. The new app is so popular that within just a few hours of being released it had received 10,000 reviews, 90 percent of which gave the product the highest rating possible—five stars.

Three cheers for two tech companies that were able to set aside their differences long enough to give the people a mapping product that works. Now, if only some of the other powers-that-be could follow suit... 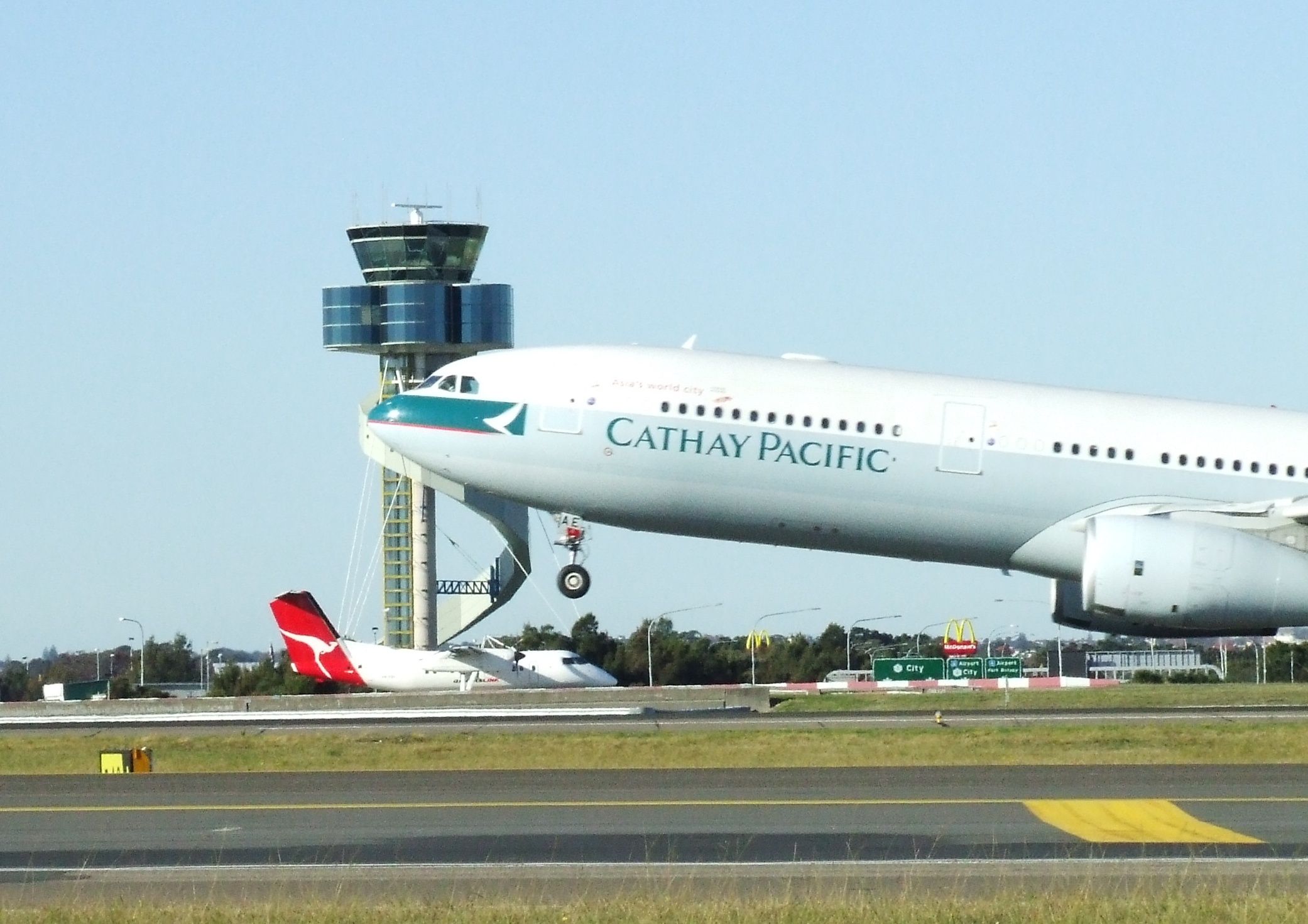 Labor strikes can wreak havoc on travel, delaying and cancelling flights and ever rerouting cruise ships. But sometimes it's not a work stoppage that disrupts service. Flight attendants for Cathay Pacific, unhappy about a smaller-than-expected pay raise, are planning a smile stoppage during the holidays. According to an article on Business Insider, they will also refuse to serve alcohol and even meals. The union general secretary, Tsang Kwok-fung, said "In a nutshell it means passengers will still be able to reach their destinations except they are paying a five-star price to get a three-star service." There may still be delays, though. Flight crews are also involved in the dispute and could contribute by following all safety precautions to the letter of the law. "We will follow the rules strictly, such as offloading oversize luggage, that could cause a slowdown or even delay of flights," union secretary general Tsang said. What do you think of these tactics? Do they send a message to the bosses without cancelling flights, or does service without a smile make that much of a difference? Driving to Mexico Just Got Easier

Good news for those of you who’ve considered driving into Mexico from San Diego but were put off by reports of massive traffic jams and two-hour delays at the border crossing. On November 1, a new $76.4-million upgrade of the highway rerouted tens of thousands of vehicles, reducing wait times and traffic, and allowing for better inspection for cross-border no-no’s such as weapons and illegal drugs. While a U.S.-funded upgrade has also been planned, which would redirect Mexico-bound drivers on Interstate 5 via a long, soft turn, Congress has not yet funded the project. Consequently, Mexico proceeded with its own plan, which allows Tijuana-bound drivers to make a hard right toward border-inspection booths. With an estimated 35,000 motorists crossing the California-Mexico border at San Ysidro every day, the new route side-steps what some have termed “Carmageddon.” Drivers from San Diego can visit bustling (well, that’s the polite word) Tijuana or hit Highway 1 and head for Baja destinations farther south, such as the breathtaking beach town of Ensenada, 78 miles south of the border, or, for the hardcore driver, La Paz and the resort towns of Todos Santos and Cabo San Lucas at the bottom of the 1,000-plus-mile-long peninsula. But if you want to drive in Mexico, the city of San Diego and the U.S. State Department share some important safety tips: •U.S. citizens require a valid passport to cross the U.S.-Mexico border. •Purchase Mexican auto insurance, but do it on the U.S. side of the border. (To learn more, visit the Automobile Club of Southern California) •Pets are allowed to cross into Mexico as long as you have proof of a rabies shot within the past six months. •Americans in Mexico are subject to Mexican law, and may not have the same rights and privileges they do on U.S. soil. If you need legal help, contact the nearest U.S. consulate (the one in Tijuana can be reached at 01/664-977-2000). •If you’re expecting a party south of the border, know that drinking in public places is illegal. •Exercise caution when visiting Baja, especially at night. The U.S. State Department reports that armed drug traffickers can pose a serious threat to visitors. Your best bet for safety is to limit travel to major resort areas, such as Todos Santos and Cabo San Lucas. Legal Visits to Cuba Back on Track

Ever been to Cuba? When I was a kid, that question would have been just about unthinkable. The only people I knew who'd been there were those who'd fled the Caribbean island in the wake of the communist revolution that put Fidel Castro in power at the height of the Cold War, raising the specter of a Soviet satellite nation just off American shores.  But last year, the Obama administration began granting Cuban cultural exchange licenses to travel companies, allowing them to take Americans to Cuba for "people-to-people" activities that provide the opportunity to learn about Cuba's culture, food, and the arts. The thinking was that getting ordinary citizens from both countries together could promote a measure of mutual understanding in spite of the U.S.'s economic embargo against Cuba that dates back 50 years. More than 150 licenses have been issued and thousands of Americans have taken advantage of the tours, spending days packed with cultural and educational activities that immerse them in all things Cuba.  However, the granting of licenses to travel companies slowed to a crawl this summer in response to the U.S. government's concern that the trips were essentially just tourism masquerading as cultural exchange. Most notably, Florida Senator Marco Rubio expressed doubts about such activities as salsa dancing and visits to the Cuban Ministry of Culture. As a consequence, travel companies reported delays over the past few months due to new restrictions put in place in May by the treasury department's Office of Foreign Assets Control. But this week at least 20 U.S. tour operators say their licenses have now been granted, and on the whole they've been able to keep their original itineraries intact. (Translation: If you visit Cuba on a cultural exchange program, you've still got a good shot at learning to salsa.) Senator Rubio has said he will continue to monitor the trips.   Cuba, with its Spanish colonial history and architecture, vibrant cuisine, intoxicating music, beaches, and mountains, attracts more than 2 million visitors each year, mostly from Canada and Europe. But people-to-people trips offered by U.S. tour companies are increasingly bringing Americans and Cubans together. Budget Travel, for example, recently highlighted a Cuban cultural exchange Travel Deal, with an eight-night excursion to the island from YMT Vacations.  So, as I was saying: Ever been to Cuba? We'd love to hear your post- (or pre-!) revolution travel stories about what it's like to set foot on the "forbidden" island!

Everyone has their feelings on Trip Advisor&mdash;some take the reviews as bible, others take them with a shaker full of salt. But whatever your feeling, more and more hotel companies are adding links directly to the site whether there are negative reviews or not. Best Western is the latest chain to do so, adding Trip Advisor ratings front&ndash;and&ndash;center when you search for hotels. Part of an overall site redesign, the new look also includes the five most recent Trip Advisor reviews for the hotel. Back in March, the Wyndham hotel group announced a partnership with Trip Advisor to display ratings in reviews on the site for the Wyndham Rewards loyalty program, with plans to add the content for their more than 7,200 hotels, spread across brands including Wyndham, Ramada, Days Inn, and Travelodge. Are hotels concerned that negative reviews will turn off potential guests? “Most of the reviews we see out there are positive,” Michael Morton, Best Western's vice president of member services, told the Los Angeles Times. “If negative reviews come up, we respond. It’s another way for our hotels to show our priorities.” Of course, not all hotel chains are jumping on the Trip Advisor bandwagon. The Starwood hotel group (which is made up of Le Meridien, Westin, Aloft, and Sheraton hotels, among others) launched a program last October for guests to post reviews after their stay directly on the hotel's site. To cut down on fraudulent reviews, guests have to enter a Starwood Preferred Guest number or confirmation number to even write a review. How important are Trip Advisor reviews to you? Does seeing the rating up front help form your decision, or save you the time it would take to search Trip Advisor directly? MORE FROM BUDGET TRAVEL: 30 Hotel Chains Every Traveler Should Know How to Get a Free Upgrade 6 Simple Questions that Will Save You Money on Vacation