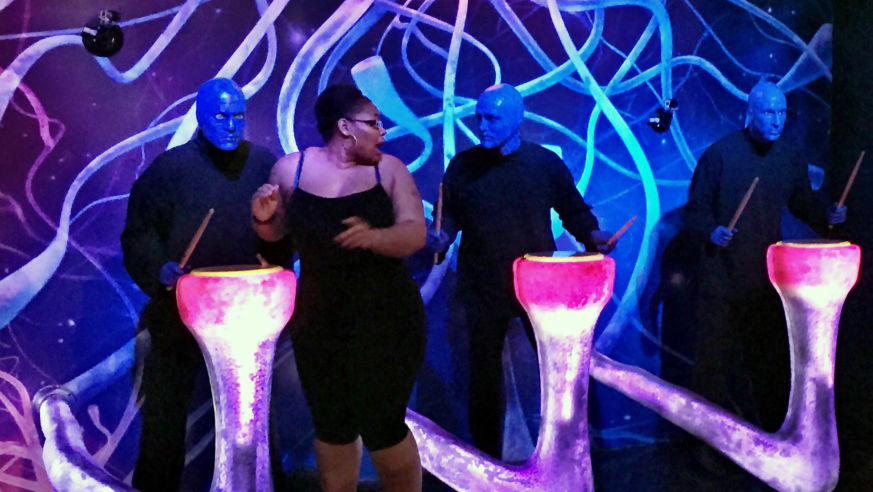 We'd be freaked out too!

As soon as we woke up this morning, we checked our news feed for the travel industry's best April Fools' Day jokes. And, hoo, boy, were there some doozies. We're still smiling about these pranks.

Yikes! Visitors to Madame Tussauds wax museum in Las Vegas were shocked when the Blue Man Group mannequins (not mannequins at all) moved. It may have been the the curious children who ended up taking the brunt of the joke. Watch below!

Uber Touts New UberBOAT Service on the Streets of Bangkok

Too soon? In the wake of last Tuesday's flash flood in Thailand, Uber said it was rolling out an UberBOAT service ahead of the rainy season, for people who don't "live on a hill." From Uber's website:

Alas, we can’t help with the hill. We can be more reliable, however, and so we’re testing a new UberBOAT service for one day ahead of the rainy season. We’re not talking the Chaopraya River or the multitude of canals around the city. Innovative to the core, we’re talking boats on the streets of Bangkok.

Gullible travelers can simply enter promo code HELPIDONTLIVEONAHILL and wait for their ship to come in. Riders who help row the boat will receive a discount. Suh-weet!

We wouldn't be surprised if selfie cameras showed up in cars as an added feature in the very near future. Until that fateful day arrives, enjoy young driver Ashley practicing her best Blue Steel in her new ride's visor cam.

Whoa, Branson in Branson? With the help of the executive director of Branson Airport and Branson Mayor Raeanne Presley, who were in on the joke, Branson playfully announced that the Virgin Group headquarters would relocate to Branson, Missouri, bringing weekly nonstop flights from San Francisco to the teensy Branson Airport and building chic hotels equipped with "exclusive wagon trails" to the town.

Pretty clever! And can we get one of those cool red "Welcome to Branson" T-shirts with Sir Richard's face on it?

But...I can't help but play devil's advocate: Was this joke a little cruel? I'm originally from southwest Missouri, and some of my Facebook friends and acquaintances were none too pleased with the prank: Their reactions waffled between unbridled hope and annoyance. One local's opinion: "I don't see the cleverness/humor in this one... If it's not [real], it will go down in history as the worst Richard Branson prank ever." Burn.

Cold, hard cash might help smooth things over: Virgin is offering a 10 percent discount on all Virgin America flights booked by end of day today. Promo code: BRANSON, natch. You can also get $10 off any Branson AirExpress flight (the real ones!) if you mention "Virgin America" when booking.

What do you think? Are these funny, or did they fall flat? What other travel pranks have you seen and liked?