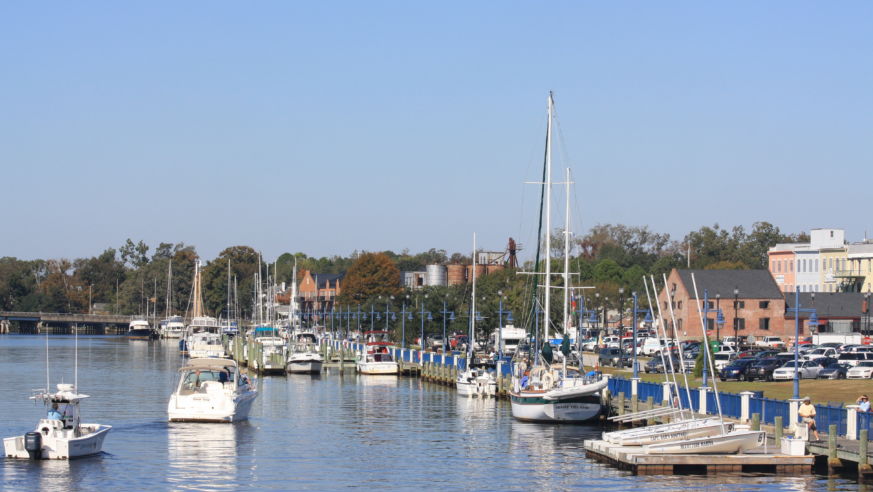 Locals like to say that Washington has a small-town feel but big-town activities. The waterfront downtown is a major draw, with a renovated theater, wonderful shops, and a wine-tasting scene that surprises some visitors.

Budget Travel's America's Coolest Small Town 2015 contest ends next week, and it's looking like the competition will remain lively and close right up until voting closes at 11:59 p.m. on February 25!

Right now, Grand Marais, MN, is in the lead, with about 24 percent of the tens of thousands of online votes cast by Budget Travel readers. The beautiful, outdoorsy town has a loyal following of not only locals but also vacationers and adventurers the world over who've paddled the area's lakes and rivers and can't wait to tell everybody about this awesome burgh. We're impressed by Grand Marais's ability to mobilize its fans to get out the vote. That's a sure sign of hometown spirit, which is cool in our book.

But a close second right now is Cincoteague, VA, the gorgeous island town on the Atlantic coast known for its beautiful beaches, wild ponies, and awesome views of rocket launches from a nearby space center. And let's not forget the two North Carolina towns that made our list of 15 semifinalists: artsy Hillsborough and historic Washington are right up there in third and fourth places, respectively. With more than a week to go, the voting is guaranteed to get even more exciting as these towns vie for the title of coolest.

When voting closes at 11:59 p.m. on February 25, one town will be named America's Coolest Small Town 2015, and the top 10 towns will be celebrated in a feature story in an upcoming issue of Budget Travel and right here at BudgetTravel.com.

Have you voted? Don't miss out on the fun! And come back each day to check the standings and cast another vote!