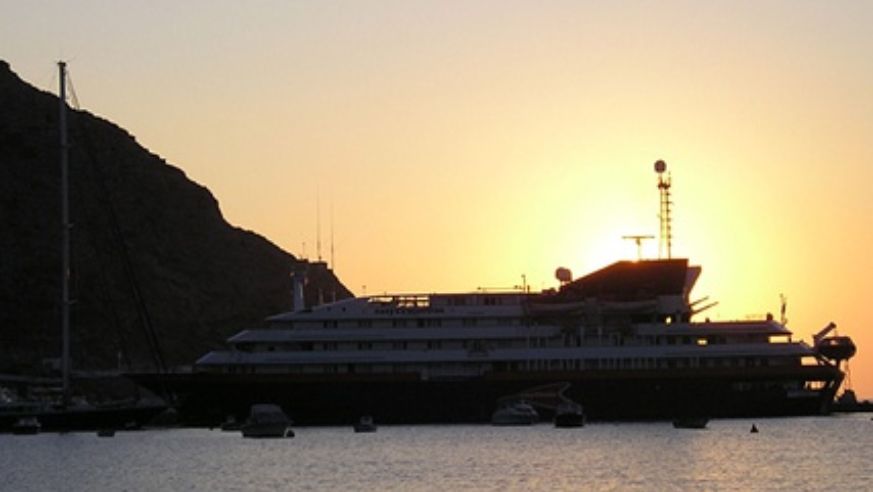 We first wrote about easyCruise's no-frills ships in 2005, but a lot has changed: They've added port stops, a new ship, daily housekeeping, and are now including a daily continental breakfast and buffet dinner. Prices start at $349 per person for a compact double on a seven-night cruise.

EasyCruise has offered trips to the Aegean since 2007, but now the budget carrier will stop at Crete and Rhodes, and several of their new trips are centered around important events such as both the Catholic and Greek Orthodox Easter celebrations and the Patras Carnival, widely considered the most important carnival in Greece. A large port on the northern tip of the Peloponnese Peninsula, Patras's annual pre-Lent party is attended by more than 300,000 revelers with events including The Bourboulia (carnival ball), a treasure hunt, and various parades and fireworks. What's neat about easyCruise is that they don't tend to sail until six or seven a.m., which leaves plenty of time to experience nightlife.

The cabins still offer few amenities (no alarm clock, radio, or phone), but their newest ship, easyCruise Life, accommodates 600 people and has three hot tubs, a spa, sauna, gym, and salon. It's also got an Internet room with three high-speed connections.

The new Aegean trips range from 3 to 14 nights, departing from Athens; Bodrum, Turkey; or Rhodes (airfare is not included) for islands dotting the Aegean Sea, as well as a few ports on the coast of Turkey.

Tips: Save up to 30 percent if you book before August 31.

U.S. passport holders traveling to Greece do not need a Visa for stays less than three months. Foreigners traveling to Turkey on a cruise are allowed to stay without visa for up to 72 hours.

Are you a veteran easyCruiser? Which are your favorite Aegean islands?

Greece by kayak, 7 nights, from $1,995 per person including all taxes and fees