Green Day frontman Billie Joe Armstrong was kicked off a Southwest Airlines flight from Oakland last week because he was wearing saggy pants. A flight attendant reportedly asked the alt rock singer, 39, to pull up his trousers. He refused.

Armstrong tweeted "Just got kicked off a Southwest flight because my pants sagged too low! What the f---? No joke!" He was allowed to board the next flight to Burbank, and Southwest has since apologized.

But why would the Southwest flight attendant think it was her right to comment on a rock star's dress? Because Southwest's Contract of Carriage, listed on the carrier's website, includes a dress code.

In its passenger rules, the carrier states it can refuse to transport "Persons whose conduct is or has been known to be disorderly, abusive, offensive, threatening, intimidating, violent, or whose clothing is lewd, obscene, or patently offensive."

Armstrong is not the first to be kicked off a Southwest flight based on dress.

Southwest also famously booted a college student who worked as a Hooters waitress in 2007, reportedly because her skirt was too short and tank top too revealing. She was allowed to stay on the flight when she readjusted her clothing.

While there was a time when carriers required those in First Class to dress up, most airlines have relaxed those standards. Except, two years ago a top executive of Best Buy was denied a First Class seat on a United Airlines flight, reportedly because his Puma tracksuit was deemed too casual for the front of the plane.

Like Green Day's Armstrong, a University of New Mexico football player was kicked off a US Airways flight in June for wearing low-riding pants. In the case of Deshon Marman, he was arrested when he allegedly resisted. The charges didn't stick.

US Airways' passenger contract, like that of Southwest, makes for an interesting read, stating that those who are "barefoot, or otherwise inappropriately clothed, unless required for medical reasons" can be denied boarding.

But the whole concept of proper clothing is subjective. US Airways had no problem with allowing an older man dressed in skimpy women's lingerie to fly last June. A surprised fellow passenger on the Fort Lauderdale to Phoenix flight snapped a photo.

American Airlines is among other carriers clearly stating in its rules it can refuse transport to a passenger "clothed in a manner that would cause discomfort or offence to other passengers."

We welcome your comments on airline dress codes.

A Flight Attendant Sounds Off 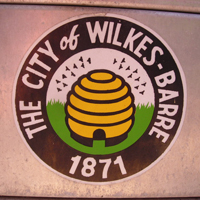 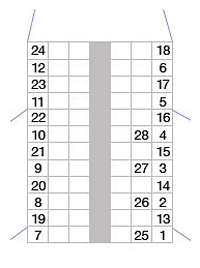 Video: the best way to board airplanes

Between over-friendly TSA pat-downs, "junk"-scanners, and endless lines, we can all agree that airport security is a nightmare. For my money, though, boarding a plane is even worse. There's the dreaded "sorry, your overhead bag won't fit, so we're checking it." There's squeezing past your seatmates to plop into your spot... on top of your seatbelt. Most disconcerting of all is that panicky, hurry-up-and-wait feeling. Ever wondered why? Why must boarding a plane always play out like a slo-mo trainwreck? Turns out there's a simple reason: the airlines use the single least efficient boarding procedure possible. It shouldn't take a rocket scientist to figure out a better way, you say? Actually, it did&mdash;astrophysicist Jason H. Steffen, Ph.D., of the Fermi National Laboratory in Illinois. Burned by one too many awful boardings, Dr. Steffen used computer modeling to concoct a more efficient scheme, all based on the common sense observation that competition for aisle space is the main cause of gridlock. Under his plan, passengers begin by filling up every other row, starting at the back of the aircraft, with window seat passengers entering first, then middle-seaters, then finally aisle seat-holders. The new TV show This vs. That tested the "Steffen Method" to see if his computer model held up. Take a look at the video below to see how well it works. In the end, Steffen's scheme blew the competition away, taking just half the time the airlines' plan takes. Their method&mdash;boarding by blocks of seats, starting in the back&mdash;came in dead last. Random boarding, which we covered a month ago, placed in the middle of the pack. If you're in the mood for an academic read, here's Steffen's paper, which covers all the results in detail, using charts and fancy graphics. So... how 'bout it, airlines? Are ya ready to adopt the Steffen Method? WATCH THE VIDEO HERE: &mdash;William Bailey MORE FROM BUDGET TRAVEL: Ads on Boarding Passes: Are Airlines Sharing Your Info? How Do You Use a Cell Phone Boarding Pass at the Metal Detector? We Want to Know Your Airport Secrets!

How to do Broadway on a Budget

It's been a while since we've written anything about Broadway. We've already sung the praises of saving money on Broadway shows with TKTS and how to take advantage of standing room only, general rush and student rush tickets. Since our last story on Broadway ticket savings, there have been a number of great websites created to help you save even more money on Broadway tickets. Whether you're a student, senior or just an admirer of all things theater, here are some websites you need to know about. StudentRush.org offers free tickets—yes, you read that right—to Broadway and Off-Broadway shows on a regular basis. All you have to do to get access to the list is sign up for their "Will Call Club" emails. The only thing you have to pay is usually a $5 handling charge, depending on the show, that is paid via Paypal. You then receive an email confirmation and instructions as to where to meet the StudentRush.org representative. While the company is named StudentRush.org, the website states, "Anyone may join this site, although some of the discounts are restricted to current students with ID. All free ticketed events and non–ticketed events are available to anyone." You're able to purchase up to four tickets at a time; just pick them up from the representative before heading to the theater. Apparently it's a seat-filler type of thing—show producers provide them with a certain amount of tickets for each available show. Remember to check back a few times a week for the most updated list of opportunities. It should be noted that those under 35 are about to hit the budget ticket jackpot: The Roundabout Theatre Company understands that students and young professionals love going to shows but high ticket prices make that quite a struggle. Seeing our plight, they've come up with HipTix, a program that allows anyone between the ages of 18 and 35 to purchase $20 tickets to shows at their theaters. Just call their box office, sign up for HipTix and even order tickets (2 per person only) to a show—be sure you call to order tickets at least one month in advance as their shows tend to sell out quicky, so plan accordingly. This next program lets theatergoers accumulate "Show Points" to exchange for discounted Broadway show tickets. Audience Rewards has you sign up for free using your email address, and you are given the option to earn points by playing trivia games about different shows, purchasing items from partner sites, or you can simply earn points by buying tickets to shows and listing your membership number during the ordering process. This is definitely one of those websites I wish I had found earlier. For more Broadway (and Off–Broadway) discounts, you can visit websites like Playbill.com, BroadwayBox.com, and TheaterMania.com for general price cuts, or look up discount codes to your favorite shows at NYtix.com.