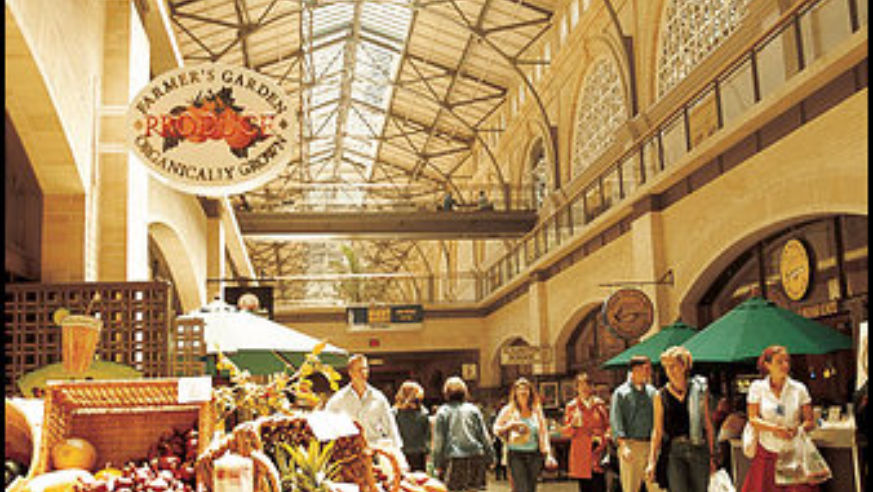 The city is a lovely place to spend a weekend--even for a native. My challenge has always been figuring out exactly where to leave my heart

Much to my chagrin, the neighborhood I grew up in, Glen Park, was one that nobody had ever heard of. Everyone from my classmates to taxi drivers would all ask the same question: Is that in San Francisco? At which point, I'd defensively mutter something about how there's even a BART station there! One of only eight subway stops in the city! For the record, it's just over the hill from Noe Valley and next to the Mission District.

As clichéd as it sounds, my parents bought their house (which they still live in) using a beat-up GM van as the down payment in the late 1960s. Today, Glen Park is having quite a moment. In a city of impossibly quaint neighborhoods, Glen Park tops them all. The main intersection, Chenery Street and Diamond Street, claims a hipster lounge (Red Rock), a midcentury furniture store (Modernpast), and a popular restaurant called Chenery Park--where Madeleine Albright recently dined on catfish and pâté.

I find this all bemusing and pretty exciting, as if a childhood friend were named host of the Today Show. I come back to town a couple of times a year to visit my family; while they grumble about the way things were, I delight in what things have become. At longtime Glen Park fixture Higher Grounds, I'll watch the conflux of skater teens, high-techies, and young families (sometimes I think my parents are the only people over 50 in San Francisco). The owner/chef, Manhal Jweinat, has run the humble little café for as long as I can recall; he juggles orders, froths milk, and delivers omelets at a frenzied clip. I always felt sort of bad for him, until I saw him peel off in a Mercedes once. For some reason, that said it all about Glen Park today.

Glen Park has a couple other decent cafés--in San Francisco, killing time over coffee is a way of life--but as a teen, the whole point was to get away from my parents. I discovered Farley's, in Potrero Hill, one summer when I was living at home and interning at San Francisco magazine. It has a newsstand with a killer selection, and the staff didn't mind if I flipped through a stack without buying.

When I started exploring the bar scene, I gravitated toward the Mission, favoring divey joints like the 500 Club. To the tunes of Creedence Clearwater Revival on the jukebox, my friends and I would play pool with disaffected boys. Around that time, I built up my Led Zeppelin collection at Amoeba Music. Along with the Zeppelin came used Levi's, which I'd score at thrift stores in the Haight. Buffalo Exchange was reliably well-stocked.

The Mission still has dives, but it's now also buzzing with boutiques and fancy restaurants. Which all seems rather funny, when I remember getting stopped by a cop while walking down Valencia Street with a friend from grade school; he ordered us to get home safe--immediately.

I suppose, in my own way, I've also gentrified--now I like to buy my clothes new. I go to Hayes Valley, which, like New York's NoLita, has become a haven for sweet little shops, something San Francisco had sorely lacked. I've yet to find a shoe store with a better selection of flirty Italian heels than Bulo.

And there's always a new restaurant I'm eager to try--especially if my folks are paying. We celebrated my father's 60th birthday at Quince in Pacific Heights, over locally raised duck and fruity pink champagne. It was at once elegant and relaxed. Even the fanciest restaurants here don't try to put on too many airs.

When I'm paying, I go to the taquerias. San Francisco burritos are a delight: fat, fresh, and around $5. There are so many good, no-frills joints that it's hard to choose. But the grilled chicken/black beans/salsa/sour cream combo (they're made assembly-line style) at La Cumbre, in the Mission, is my first stop.

The most exciting news has been the renovation of the historic Ferry Building. It's still a working terminal, but it's also become a culinary hub. Inside, it has the look of a glass-ceilinged European train station. Dozens of stalls hold outposts of organic farms and upscale cookware stores. There's casual fare, too: take-out spots where local workers pick up lunch.

Last time I was in town, my mother and I met for grapefruit-and-jicama salads at the Slanted Door, a stylish Vietnamese restaurant looking out on the Bay Bridge. There's never a table available; it's far too popular. But there always happen to be two seats at the bar.