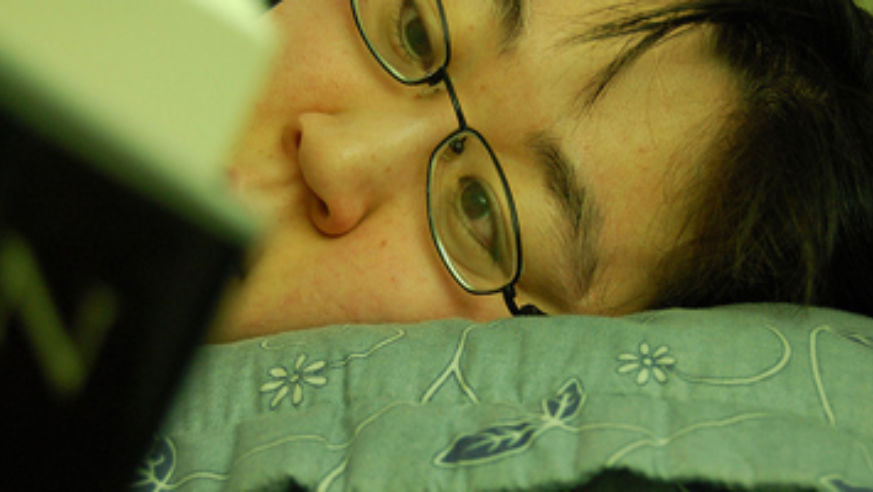 Courtesy sleepyneko/Flickr
Which book would you rather read on vacation?

We recently reported about a British hotel that replaced Bibles with Kindles. Now, another U.K. hotel has taken things further, placing copies of the popular E. L. James book, Fifty Shades of Grey, in each of their hotel rooms.

Jonathan Denby, owner of the Damson Dene Hotel in England's Lake District, announced the news on his blog, explaining that, "Tonight millions of women will be curling up in bed with a good book and you can bet your life it won’t be the Bible." Each of the hotel's 40 rooms was outfitted with the book, and so far, he says, the only complaint regarding them was when one guest noticed hers was missing from the room after the previous guest had taken the book home. Denby says the majority of visitors are in support of the switch, although he did receive a number of emails from unhappy Bible supporters in the U.S.—one of them even called him a "puppet of Satan." In another blog post, Denby describes being amused by angry emails from people posing as guests (who had, in fact, never stayed at The Damson Dene Hotel) threatening never to return because of the book swap or changing their minds about staying there upon hearing that there were no Bibles in the rooms. It should be noted that the hotel does keep a few at the front desk, available by request.

What do you think about this? Has this hotel gone too far by swapping out the usual bedside Bible with a book that pushes the envelope—let's face it, it has absolutely nothing to do with the color grey—or do you think hotels should be willing to take more risks and go with the trends?

Stock Up on Free E–books Before Your Trip

E–book vs. Print: Which Do You Prefer on Vacation?