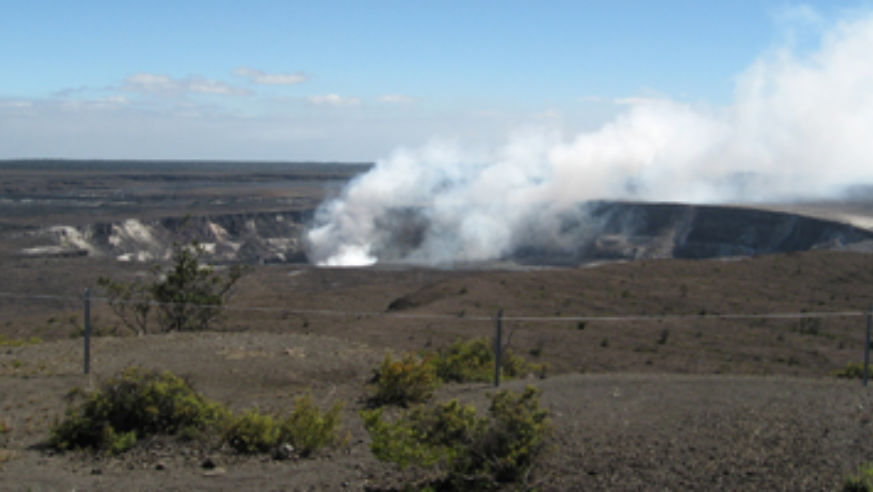 Since the end of 2009, there's been no working hotel inside Hawaii Volcanoes National Park, on the Big Island. That's about to change.

The Volcano House Hotel has bragging rights in terms of history as well as location. The hotel is situated on the edge of the immense, ash-spewing KÄ«lauea caldera, an active volcano inside the national park. While the physical structure on the site has changed since a lodge first opened here in the 1840s, guests of some form of a hotel on the spot have included presidents (FDR) and iconic cultural figures (Mark Twain). The latter, visiting in 1866, did what he's best known for, offering a humorous and memorable quote, saying, "The surprise of finding a good hotel in such an outlandish spot startled me considerably more than the volcano did."

As of New Year's Day 2010, the Volcano House has been closed, however. The national parks service shut the hotel down not because of any concerns about the precarious setting, but because the property operator's contract ended and Parks wanted to make renovations. Since then, some $4 million in upgrades and improvements have been made.

Just recently, a new operator for the property has been named: The park and the Hawaii Volcanoes Lodge Company have officially agreed to a 15-year concession contract, in which the company will run overnight accommodations, food and beverage, retail, and related services. The company is related to Ortega National Parks, LLC, which operates concessions in parks such as Muir Woods, Carlsbad Caverns, and Death Valley.

Per the contract, the new operator is responsible for additional renovations that'll cost between $2.5 million and $3.5 million.

That work is (cross your fingers) expected to be completed by the end of the year, when Volcano House Hotel will once again be open for business, and guests can once again get bragging rights that they stayed overnight on the edge of an active volcano.

Confessions of a National Parks Ranger