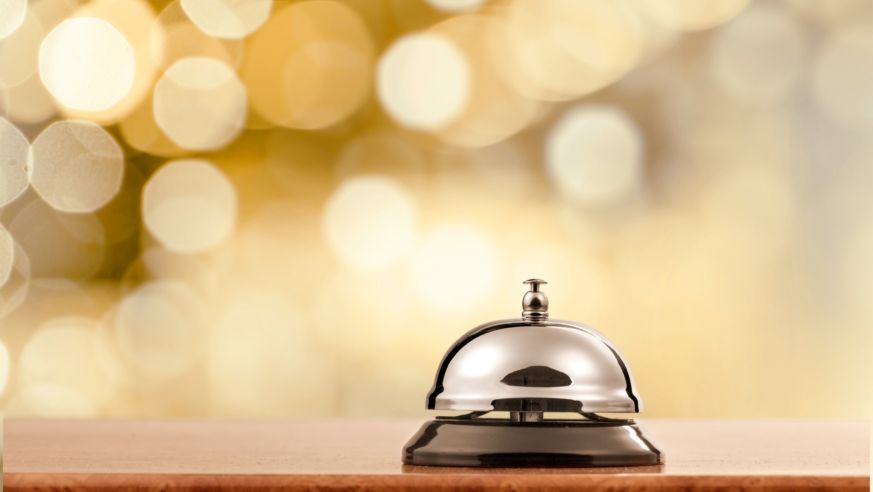 From crazy guest requests—like delivering a massive TV screen to a video-game addict—to life-or-death medical emergencies, these hotel concierges have seen it all.

Hotel guests can be very particular, and nobody knows that better than a concierge. They are a cornerstone of any hotel's daily operation. If the check-in desk and administrative departments are the brain, keeping logistics and operations functioning, then concierges are the heart, minding the rhythm and energy of the lobby and, perhaps more importantly, infusing the property with the soul that comes from hands-on, face-to-face attention and care.

Over the course of their career, a concierge can meet tens of thousands of individuals, if not more. Requests can range from eyebrow-raising (a concierge in North Carolina who asked to remain anonymous reported receiving a delivery of a 50-inch television screen for a guest who wanted to play the video game Fortnite during his one-night stay) to the all-out astonishing (a concierge at a luxury property in South Beach, who also asked to remain anonymous, spoke of a guest who checked in with a small dog and requested inordinate amounts of raw meat be sent to her room.) We checked in with a few seasoned veterans about their more memorable encounters, some of which might even make a superhero blanch.

Concierge to the Rescue in Winston-Salem

It was around 7:00 a.m. on a crisp spring morning last year. Things were normal enough as Mary Beth Wilhelm prepared for her shift at the Kimpton Cardinal Hotel in Winston-Salem. She greeted a regular guest, a business traveler, who was coming in from his habitual jog. But normalcy was upended when he approached her, clutching his chest. “My first reaction was to laugh because that’s how I feel after I take a jog,” she recalls, but within an instant it was clear that he wasn’t kidding and she immediately slipped into crisis-management mode. She called 911 and sat with him until the paramedics arrived and rushed him to Wake Forest Baptist Medical, a few minutes away. In that time, he had the wherewithal to give her his wife’s cell phone number. As he underwent bypass surgery, Mary Beth corresponded with his wife, who was making her way to North Carolina from the West Coast. The surgery was a success, and the couple stays with them regularly now. “He tells me, ‘You saved my life,’” Mary Beth says. “I just did what anyone else would do.”

Going to Extremes in New Orleans

As anyone who’s spent the bulk of his career at a hotel on Bourbon Street, Wayne Adams will be the first to tell you that alcohol does funny things to people. With 30 years in the New Orleans hotel industry under his belt, suffice it to say he's seen some things. Presently the guest services manager at the Royal Sonesta who regularly works the concierge desk, Wayne has borne witness to pretty much everything, including a career ice skater taking a 3:00 a.m. tumble into the hotel’s fountain while attempting to show off some new moves, a meeting organizer doing an impromptu late-night burlesque dance for the many, many meeting attendees, and the escapades of the attendees of a convention for swingers. Yes, swingers. (“Bourbon Street is pretty risqué. They’re really risqué,” he says.)

With bars that hardly ever close, a large history and culture of voodoo practitioners, and laws that allow drinking in public, New Orleans errs on the side of eccentric and attracts many travelers who relish the vibe. One of Wayne’s more memorable requests was from a guest who asked him to make a Sunday brunch reservation for her and her guests at one of the city’s more formal restaurants. She wanted Champagne and all the fancy fixings, he recalls. Her guests? Her four cats. He’s lent a hand to more than a few guests who wanted elaborate setups to propose to their girlfriends, going so far as to round up clowns and track down a unicyclist for one couple. “I’ve seen people meet in the morning and marry in the evening,” he said. More than once.

The extremes of his job swing both ways. During 9/11, there was a convention in the hotel with many people from New York. They had a command center set up in a music club, with many locals trying to reach the guests’ relatives and friends who worked in and around the towers. During Hurricane Katrina, they didn’t close. They played host to first-responders, cable news teams, and FEMA staff including Michael Brown, the Undersecretary of Emergency Preparedness and Response who famously became known as "Brownie."

A Lifelong Career with a James Bond-Caliber Thrill

At a point in every concierge’s career, an extreme request will arrive—a request that will involve duties far beyond the everyday. In Gaby Delgado’s case, there was a James Bond quality to it. Gaby is presently the senior concierge at a Fairmont Washington D.C., Georgetown, but years ago while working at a luxury property in Hawaii, a guest wanted to propose to his girlfriend, so he bought her a diamond ring and had it specially made and cut. Just one sticky wicket: the diamond was on another island. Gaby was called upon to get on a private plane—accompanied by a security guard, of course—to obtain it. (“I’ve never been around so many diamonds,” she says, still sounding mystified.) With prize in hand, she made it back to the hotel in time for dinner, an extravagant affair involving roses, a violinist, and a harpist. The woman said yes. Whether they lived happily ever after, however, remains a mystery.

Service Goes to the Dogs in Boston

In the 14 years that he's worked as concierge at the landmark Fairmont Copley Plaza, located on Boston's bustling Copley Square, Joe Fallon has taken care of countless guests, from Hollywood luminaries to some of the world’s most illustrious performers—even if he doesn't always recognize them. (He's still a little sheepish about not recognizing a woman he later learned was the biggest opera star in Italy.) But arguably, his biggest responsibility over the years has been Catie Copley, the black lab that was, until she passed in 2017, as much of a fixture in the glitzy lobby as the crystal chandeliers and Italian marble columns. To hear him tell it, he’s just the personal assistant to a famous dog: "I know my place,” he says, only half-kidding. As such, he was responsible for taking care at Catie after-hours at his home, accompanying her to schools, libraries, and hospitals, and keeping her calendar clear for an annual appearance with the mayor for the tree-lighting ceremony.

Catie, he says, was as big of a star as much more familiar household names. Joe has photos of her with Leonard Cohen as well as an Elvis Costello shot that she photo-bombed. But perhaps her biggest fan was Paul Newman, a regular who celebrated his 82nd birthday at the hotel and, Joe says, "one of the nicest gentlemen I’ve ever met." He was such a Catie fan that the hotel presented him with a framed photo of her, imprinted with her “pawgraph.” (That’s dog-speak for autograph.) He was very open and conversational, and, Joe recalls, he eventually came clean: “He didn’t want to be actor, he wanted to be a race car driver." Apparently some concierges field confessions along with the regular influx of requests.